How to Outsmart Your Smartphone at Work 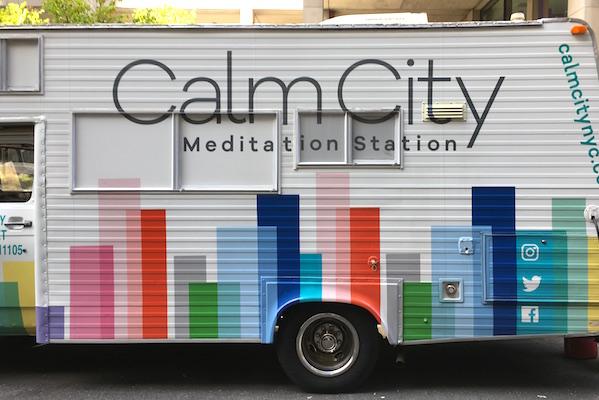 Here's some unsettling (though not too surprising) news: Our so-called smartphones are making us less smart. Indeed, according to a fascinating and scary Wall Street Journal article, several psychological studies in recent years have looked at the effects of smartphone use, and what these studies all show is that we're becoming less efficient, less creative, less able to solve problems, even less intelligent. All due to those distracting and addictive little devices that we can't seem to make a single move without.

One researcher, Dr. Adrian Ward, a professor of cognitive psychology and marketing at the University of Texas, has put a lot of time and effort into studying the effects of cell phone usage on our brains. What he found isn't pretty.

Two years ago, he and three colleagues ... recruited 520 undergraduate students at UCSD and gave them two standard tests of intellectual acuity. One test gauged “available cognitive capacity,” a measure of how fully a person’s mind can focus on a particular task. The second assessed “fluid intelligence,” a person’s ability to interpret and solve an unfamiliar problem. The only variable in the experiment was the location of the subjects’ smartphones. Some of the students were asked to place their phones in front of them on their desks; others were told to stow their phones in their pockets or handbags; still others were required to leave their phones in a different room.

The results were striking. In both tests, the subjects whose phones were in view posted the worst scores, while those who left their phones in a different room did the best. The students who kept their phones in their pockets or bags came out in the middle. As the phone’s proximity increased, brainpower decreased.

This led Dr. Ward and his fellow researchers to write in a recent issue of the Journal of the Association for Consumer Research "that the 'integration of smartphones into daily life' appears to cause a 'brain drain' that can diminish such vital mental skills as 'learning, logical reasoning, abstract thought, problem solving, and creativity.'"

Unfortunately, there are more studies where Dr. Ward's came from. And they all seem to come to the same, dark conclusion.

A 2015 Journal of Experimental Psychology study, involving 166 subjects, found that when people’s phones beep or buzz while they’re in the middle of a challenging task, their focus wavers, and their work gets sloppier—whether they check the phone or not. Another 2015 study, which involved 41 iPhone users and appeared in the Journal of Computer-Mediated Communication, showed that when people hear their phone ring but are unable to answer it, their blood pressure spikes, their pulse quickens, and their problem-solving skills decline.

In another study, published in Applied Cognitive Psychology in April, researchers examined how smartphones affected learning in a lecture class with 160 students at the University of Arkansas at Monticello. They found that students who didn’t bring their phones to the classroom scored a full letter-grade higher on a test of the material presented than those who brought their phones. It didn’t matter whether the students who had their phones used them or not: All of them scored equally poorly. A study of 91 secondary schools in the U.K., published last year in the journal Labour Economics, found that when schools ban smartphones, students’ examination scores go up substantially, with the weakest students benefiting the most.

And so, if smartphones are wiping out our ability to concentrate, think, and create, what's a smartphone user to do?

The way this smartphone user (and admitted smartphone addict) sees it, you can either immediately toss your smartphone into the East River or, more practically, follow the below three tips to begin to lessen the negative impact of your smartphone and to start getting some of your smarts back. (Note: these are all very simple tips and have been road-tested; at least, they've been tested on one subject, and that subject found a big difference in his smartphone distractedness as a result of these tips). In any case, they're worth a shot. After all, the health of your prefrontal cortex is at stake.

1. When you're working, put your smartphone as far away from you as possible.

As Dr. Ward's study showed, the farther away you are from your phone the better. And your phone doesn't have to be that far away. Maybe, at first, see if you can put it somewhere out of reach. Somewhere you'd have to get up from your desk (even just stand) to reach. It could be in a drawer. Or on top of a shelf. Or even at the far end of your desk, well out of arm's length of your work station. Of course, if you feel comfortable putting it across the room in a closet or underneath the cushions of a couch (if you're working remotely) all the better. Just make sure you can't see the screen from where you're working. Or can't pick up your smartphone without making a major physical move.

2. Leave your smartphone at your desk when taking breaks.

If you can follow this tip, I think you'll find a very big difference in your workday, not to mention your work breaks. I don't know about you, but breaks are times I find I'm at my most creative. It's when ideas just seem to miraculously come without much effort. Long walks or even short walks around the block are very productive. But I've found that, when I'm walking with my phone, I'll have the tendency to check Instagram, check my email, maybe even just check the weather. All of which are incredibly unproductive and incredibly un-break-like. Which is to say, it's not using a break for what it's meant for.

Also, lunch breaks. When you take your phone on lunchbreaks (or coffee breaks) you comprimise your break time by using some of the break time on your screen. Screen time isn't break time. And so, if you can break the habit of bringing your phone with you on breaks, you'll increase your ability to come back to work energized, focused, and perhaps with some creative solutions. Or, at least, in a better position to come up with some creative solutions. (Note: I often struggle with this one, finding myself negotiating with myself, saying that I'll just bring my phone in case of an emergency and won't check it, only to unecessarily check it five times in 15 minutes on my "break.")

3. One day a week, pretend you forgot your smartphone at home. That is, leave it at home!

This one's scary. And might not be for everyone. It's a big step toward smartphone independence. It could take some time to build up to it. But I believe you'll find that you can and will survive the workday without your smartphone. Note that this tip does not recommend leaving your phone at home everyday. Just once a week. It's doable. And if you don't believe me, remember that time when your phone broke and you had to live 38 hours without a smartphone until yours was repaired and you found yourself somewhat pleased you weren't on Facebook and Instagram and available via text all day long, not to mention that you lived to tell about it? Yeah. See, you can do it. It's possible. Give it a try. See what happens. You only have one brain. It's big, yes. But its cells don't regenerate. And there's no newer model if the one you have begins to break down.

Lastly, I want to note that I understand there are people unable to undertake the tips above. Perhaps they're parents who feel as though they need their smartphones on them at all times in case an emergency arises with their children. Perhaps they're CEOs who must constantly make decisions (via email or phone) and feel as though not a second of the day can be "wasted." Perhaps they're social media managers who feel as though their jobs could be in jeopardy if they were too far from their phones for too long. To these, and others like them, I can only wish them the best of luck in their battles with their smartphones. And recommend this: to identify those moments throughout the day, however short those moments might be, when they're not actually using their phones, but their phones are using them.

Should Employees Be Allowed to Take Mental-Health Days?

Just about every U.S. company I know of allows its employees to take a certain number of sick days each year.

Why Are Millennials Less Likely Than Gen Xers to Hate Their Jobs?

Are you over the age of 35 and hate your job? If so, you're not alone.