How to Make a Perfect Pre-Interview Playlist 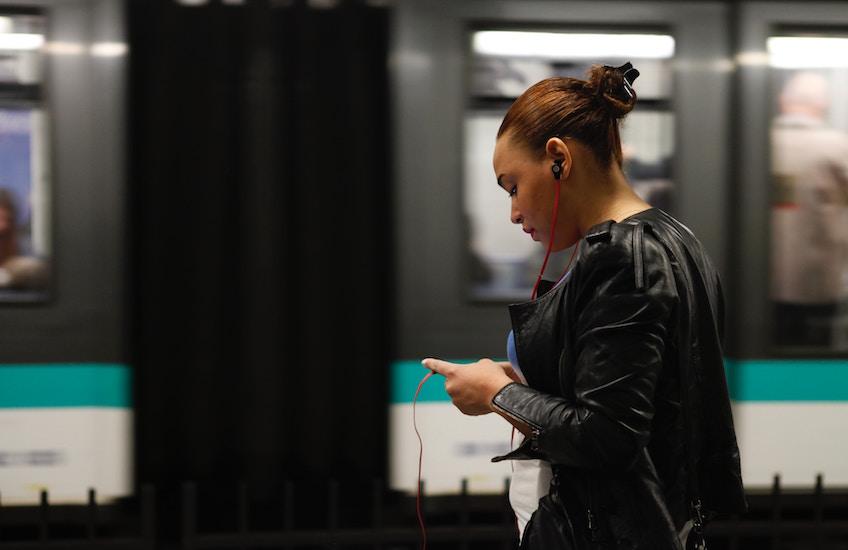 To lessen their anxiety before interviews, some people like to exercise. Others like to meditate. And still others, according to The Wall Street Journal, like to take tiny shots of tequila and listen to the Wu-Tang Clan.

Though I can't recommend microdosing Don Julio before an interview, I can get behind taking in a little Raekwon, RZA, and GZA. Which is to say I do think listening to music can lessen anxious pre-interview thoughts and get you into a proper interview mood. And so, here are six tips for creating a perfect pre-interview playlist.

1. Slow it down, and include a full range of emotions.

The most common mistake when making a pre-interview playlist is only stringing together a set of upbeat songs you'd want to run or bike to. The thing is you don't want to enter an interview all fired up, moving and speaking faster than usual. Instead, you want to enter with a calm and collected but highly alert mindset. You want to be active, energetic, and responsive, as well as empathetic and sympathetic. Ideally, you want your mind to be quiet enough to able to closely listen to every word you hear, and your mind open enough to pick up on every body language cue you see.

So, think of creating a playlist that's going to allow you to access these states, as opposed to states that make you want to run up the stairs and start blabbering on about how awesome you are. Note that it's also okay to program a little melancholy. You'll find that putting together songs that invoke a full range of emotions will put you in a serious mood. And serious, when it comes to interviewing, is not a bad thing.

Another common mistake when creating a pre-interview playlist is overpopulating it with words. Often, melody can say a lot more (emotionally speaking) than lyrics can (of course, the marriage of the right melody to the right lyric can be transcendent). So, don't be afraid to throw on some excellent instrumental tracks to clear and open your mind. There's nothing like a few delicate minor piano notes or unusual guitar chord progressions to get you into a state of blissful awareness.

Songs from favorite TV series and movies can be extremely moving, quickly getting you into certain positive moods. The reason has something to do with the combination of story, image, and sound. Something magical happens when those three stars align. So why not use these types of songs to your advantage? Maybe there's a track that plays over the opening credits to a beloved series that means something to you. Maybe there's a song from a film soundtrack that conjures a range of positive emotions. If so, add one or two of these songs to your playlist and feel the emotions rushing through you—emotions you can carry into your interview.

Soundtrack tracks that do it for me include Judy Collins' version of Joni Mitchell’s "Both Sides Now," which ends the sixth season of "Mad Men"; Iris DeMent's bluegrassy-pop gem "Let the Mystery Be," which runs over the season two credits of "The Leftovers"; and Bruce Springsteen's "New Jersey Turnpike" and Bon Iver’s “Wolves (Act I and II),” both used to perfection in the brilliant French film "Rust and Bone."

In addition to clearing your mind and putting yourself into a positive and receptive mindset, it can be helpful to hook yourself up with a little inspiration. This is where music from musical icons can help.

I think we all need heroes, people to look up to who came before us and who worked extremely hard for great success. And typically, if we do have heroes, we know a fair amount about their lives. We know about their struggles, what they had to overcome to succeed, how they fought to remain true to their individuality and originality. And so, whenever we experience their work—in the case of musical icons, listen to their music—we receive healthy doses of inspiration, often giving us big boosts of energy. And that extra energy right before an interview can go a long way toward making a strong first impression with interviewers.

Actors often go through a set of vocal exercises to warm-up their voices before going on stage or getting in front of the camera. Similarly, it can help to do some vocal exercises before your interview to warm-up your voice. So, consider including some songs on your playlist that always get you singing along—and then don't be afraid to belt out their verses and choruses to get your vocal chords warm.

Ideally, you’ll want to find a space you can sing along without disrupting others. A park or your car are excellent places. Even walking down the street can be fine. But subway, train, or cafe likely won't work too well.

My favorite sing-alongs are those by bands that harmonize well, such as Crosby, Stills, Nash & Young; Fleet Foxes; Fleetwood Mac; Fugees; Grateful Dead; and Simon and Garfunkel.

Your final song will be among the last things to go through your mind before your your interview, so it needs to strike the right tone and create the right mood. A few things to consider when choosing how to end your list: Your final track is where you can be free to speed it up some and get a little sentimental. If both the lyrics and melody can be uplifting without too much sentimentality, that would be ideal.

Also, since songs of our youth, particularly our teenage years and early twenties, carry an especially strong emotional impact, it can be useful to mine that time and pick a song you strongly connected to then, or a song that reminds you of that time. If that angle doesn't work for you, maybe you have a current favorite song, one you're beginning to fall in love with, that could be great to conclude your setlist with.

However you decide to choose, whichever mood you want to conjure, give it a lot of thought and make sure you don't mind your final track leaving an echo long after your playlist ends.

Here's how I might end my pre-interview playlist (along with how I might program what precedes it; this list clocks in at just under an hour):

1. Death with Dignity by Sufjan Stevens
2. My Blue Tears by Dolly Parton
3. Mykonos by Fleet Foxes
4. Mary by Big Thief
5. I Know What's It Like by Jeff Tweedy
6. Let the Mystery Be by Iris Dement
7. Where Is Your Mind? by Maxence Cyril
8. Dinah (Take 2) by Thelonious Monk
9. Niagra / Requiem U.S.A. by Grey Reverend
10. Starfish & Coffee by Prince
11. Doo Wop (That Thing) by Lauryn Hill
12. 715 - CRΣΣKS by Bon Iver
13. Have You Ever Seen the Rain by Willie Nelson and Paula Nelson
14. Uncle John's Band by the Grateful Dead
15. I'll Fly Away by Alison Krauss and Gillian Welch
*BONUS TRACK. I Wish I Knew How It Would Feel to Be Free by Nina Simone (to be played post-interview as your reward!)

Whenever I have a hard time focusing on a repetitive work task such as inputting data into an Excel sheet, I find that when I listen to music, particularly upbeat music I know well, I’m able to focus more intently on my work and complete it without too much complaint. It would follow, then, that the music is making me more productive.