How to Avoid #AskJPM and Other PR Nightmares 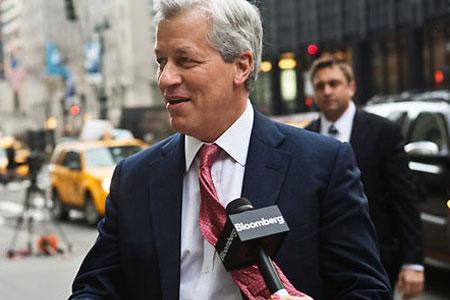 A few weeks ago, JPMorgan’s supposedly harmless Twitter exercise #AskJPM—in which the bank invited Twitter users to pose career-related questions to JPMorgan Vice Chairman James B. Lee Jr.—quickly backfired, and instead of asking Lee Jr. questions, the Twittersphere took the opportunity to tell JPMorgan and its management team what they really thought of them. Tweets like the following were posted (with the #AskJPM hashtag) by the hundreds: “What's your favorite type of whale?”; “Do you feel bad about systematically undermining democracy? Do you know what fiduciary duty is?”; and “I have Mortgage Fraud, Market Manipulation, Credit Card Abuse, Libor Rigging and Predatory Lending AM I DIVERSIFIED?”

It didn’t take long for JPMorgan to discontinue the Twitter Q&A, but not before it became clear the bank had severely underestimated the public’s outrage with its recent illegal actions (which to date has cost the firm more than $13 billion in fines, not to mention immeasurable prestige and a large chunk of its remaining reputation). It also became clear that #AskJPM was one of the all-time great corporate PR disasters and that the bank’s PR department obviously didn’t perform its due diligence before rolling out the Q&A.

And, to that end, to any other prestigious employers of business-minded undergrads and MBAs considering undertaking a similar type of PR exercise, I’d like to recommend a quick and easy (and free!) way to gauge public opinion. It was recently used by Bloomberg BusinessWeek to gauge public opinion about the 50 U.S. states, and I think it would work equally as well for the country’s top employers. The way it works is this: if you want to gauge public opinion about JPMorgan, for example, all you have to do is Google “Is JPMorgan” and Google’s autocomplete function will display the top four results—which are the most popular questions that Google users are posing about the firm via Google and which will give you a pretty good idea what the public thinks of the firm.

And if that’s not clear enough, I went ahead and performed this research on several employers myself. My findings are as follows:

In addition, I did a little extra research on the most prominent CEOs on Wall Street. The results were enlightening, and so I also present them here: