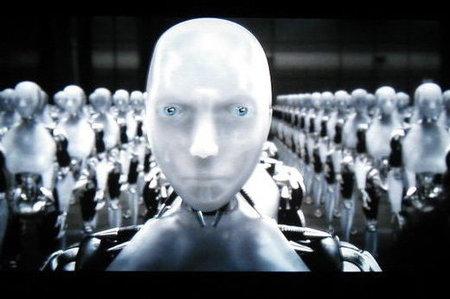 As I noted recently, automation is set to be a key job threat for millions of people in the coming years—with as many as 50% of current jobs worldwide potentially under threat from robots, computer programs, algorithms, and the like.

Of course, that doesn't mean that every job a robot is hired to do automatically leads to the elimination of one or more human positions. From the very first tools used by man, technology has always been a means to increase productivity—to do more with less, in a shorter period of time—and the current wave of automation is no exception.

Put another way: while some existing jobs will undoubtedly be lost to automation, others will spring into existence because of it.

Case in point: the factory in this segment from a recent report on the CBS Evening News. In it, reporter Mark Strassman takes us behind the scenes at a factory that was recently opened in the US by the Bicycle Corporation of America (BCA). Providing some 140 jobs, the factory, according to the report would not exist (at least not in the US) without the robots, because it would not be economically viable.

It should be noted that the employees at the factory represent around 10% of BCA's total workforce—with the rest based in China. As BCA's CEO tells Strassman in the report, the decision to open the factory in the US was taken because wages for Chinese "had soared out of sight." So, while the robots—which cost some $6 million to install—do the work of more than 100 workers, their existence is the only reason the other jobs were created in the US at all. As CEO Arnold Kamler puts it:  "We're creating jobs with the automation and being able to be price competitive with China now—and it will get even better in the future."

Production manager Albertus Jones, meanwhile, sees the machines as coworkers: "A lot of people have that misconception that automation decreases jobs. It's just a different type of job, a more skilled job."

So, while the trend of US manufacturing jobs diminishing in numbers is unlikely to reverse—they're down 5 million since 2000—the BCA factory does offer a glimpse of what the future may look like. The key for employees will be to try to stay ahead of the changes and ensure that they have the skills needed to be the person who works with the machine, rather than the ones that can be automated.

Today, 66 percent of employees are unsatisfied with their jobs. And as it turns out, the unsatisfied have no one but themselves to blame.

It's January, which means that it's time for the annual meeting of the World Economic Forum—otherwise known to the global elite as Davos. One thing that you will not be surprised to learn is dominating the minds of those elites this year: things that represent a serious risk to the global economic status quo.

It was mostly good news when, last week, Amazon announced it would be creating 100,000 new jobs in the U.S. over the next 18 months.