How Ghosting An Employer Can Come Back to Haunt You 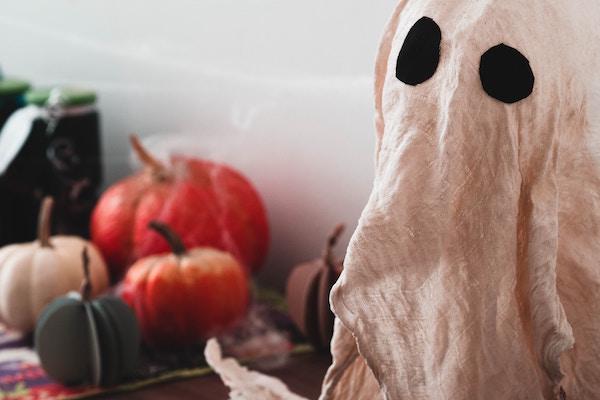 Have you ever applied for a job, received an offer to interview, then decided, before that interview, that you didn't want the job and so you never showed up without notifying the company? Or, have you ever accepted a job offer but before your start date found other work, and so you never showed up for your first day and never told the company you were rescinding the offer?

If you answered "yes" to either or both of these questions, then you've "ghosted" an employer. And if you answered "no," chances are you know someone who could answer in the affirmative to one or both. Because, as recently noted, ghosting in the workplace is becoming common practice for a certain generation of professionals. And so, employers (which, some have pointed out, are perhaps getting a taste of their own medicine) are rather upset.

Companies are upset because they lose time and money when they're ghosted, as it sets back their recruiting process days, week, even months. And those doing the ghosting also stand to lose a lot. Maybe not today, tomorrow, or even next month, but there's a lot at stake when an employee or job candidate ghosts an employer. That is, the action of inaction can come back to significantly haunt a ghoster. Here's how.

1. You cross paths with that ghosted employer or professional again in the future

It would be pretty awkward if, two years after you ghosted an employer, the perfect job opportunity came up at that employer and you decided to apply, thinking, Who will remember my ghosting?, and then when you do apply, you get ghosted yourself. Or, worse, you get a reply from a recruiter pointing out that time you ghosted them.

Equally as awkward would be coming across the hiring manager you ghosted who has moved on to another firm—another firm that has a great job opportunity that you know you'd be perfect for but that you won't be considered for because your ghosting is remembered.

There are many other scenarios where ghosting can come back to haunt you. There could be a time in the future where a firm you work for is partnering with a firm you ghosted. Or you're on a panel with a recruiting professional you ghosted.

Sure, the odds might be low of these circumstances happening, but it's so easy, instead of ghosting someone and risk being haunted later during your career, to just reply with one simple sentence such as: Thank you for the offer to interview, but at this time, I have decided not to pursue this opportunity further.

2. You start a bad habit of ghosting, and not just employers but other people as well

If it's not obvious to you, ghosting an employer is very poor etiquette. There's no good reason (that I know of) to ghost an employer. So, don't do it.

In addition to not ghosting employers, you should never ghost a client, colleague, boss, or direct report. Open lines of transparent communication are extremely important in the workplace. It's always best that all the people and clients you work with know where you are with projects that concern them. When you leave someone guessing or in the dark, it makes them anxious, uncomfortable, and suspicious. And you, in turn, will be seen as someone who's not so pleasant to work with.

If you're worried about hurting someone's feelings by telling them you don't want to come back to the job or interview, don't be. People will understand. They won't hold your deciding against them and/or their companies against you. However, they will hold your dishonesty and inability to be transparent against you.

So, do yourself a favor: don't create a habit of ghosting. It won't serve you well in the workplace. In fact, your career will be much worse off with it, and it'll be scary how much better off it'll be without it.

3 Soft Skills You Need to Stand Out in an Interview

One of the biggest mistakes interviewees make in interviews is believing they need to be polished, professional, and perfect all the time. Instead, what they need is to exhibit a few specific “soft skills.

6 Things to Research About a Company Before an Interview

Researching the company you're interviewing with is a must, and almost all job candidates do it to some degree. However, many candidates don't research thoroughly enough or research the right things.

5 Insights into a Hiring Manager's Mind During an Interview