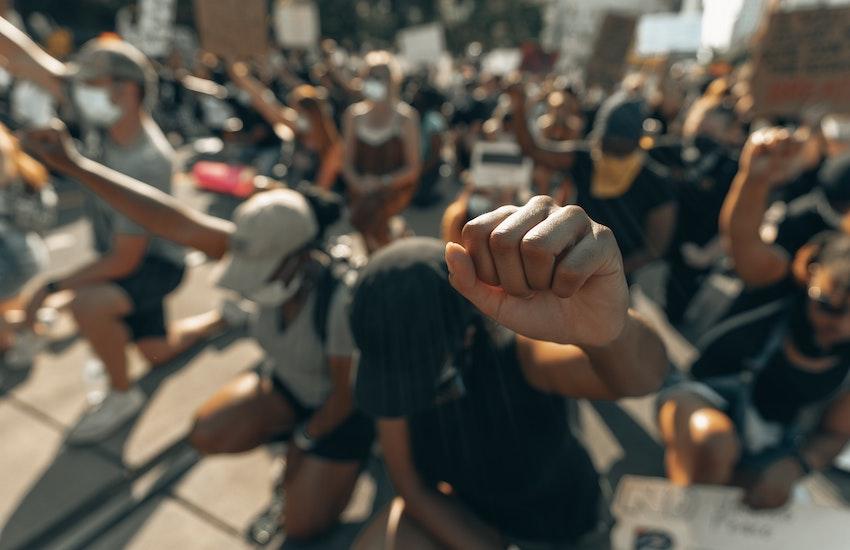 The death of George Floyd and anti-racist protests have shed light on the many racial inequities in America. One is the lack of black executive representation at the top employers in the U.S. Today, there are only four black CEOs of Fortune 500 firms. This means that in a country with a black population of 13.4 percent, just 0.8 percent of the leaders of the largest 500 firms are black. Further, since 1999, there have been only 17 black Fortune 500 CEOs, and Ursula Burns, former Xerox CEO and now an Exxon board member, is the only black woman to ever lead a Fortune 500 company.

In the wake of Floyd’s death and worldwide protests, black executives, including Burns, are speaking out about their fears as well as the economic injustices black executives face today. They’re also offering their thoughts on what Corporate America has done for Black America (hint: not much) and what Corporate America can do to help Black America (a lot more). Below, culled from a recent New York Times article quoting numerous prominent black executives, are four actions employers can take to increase the hiring and promoting of black professionals.

According to Ryan Williams, the founder and CEO of commercial real estate investing platform Cadre, not a single U.S. company is “doing enough to support the black community.” Which might be why few employers are transparent when it comes to the racial and gender representation of their staffs. In fact, according to nonprofit Just Capital, only 40 percent of companies publicly release this information, and “just one company, Intel, has disclosed wage data by gender, ethnic, and racial breakdowns.” As a result, Williams has “called on companies to first take the basic step of disclosing diversity figures, so that progress—or backsliding—can be measured.”

Though the bad news is companies don’t typically make this type of information available and are under no legal obligation to do so, the good news is some major companies, including PwC, have announced that they’re starting to make their diversity strategy and numbers public knowledge, giving other major employers a good example (and incentive) to follow.

Robert F. Smith, the wealthiest black man in the U.S., says the place to start with respect to improving black professional representation is internships. Smith is a private equity investor (he founded Vista Equity Partners, which buys and sells software firms) and his first break came in the form of a Bell Labs internship. Smith—who’s been feeling “saddened,” “angry,” “upset,” and “determined” in light of recent events—wants companies “to quadruple the size of their internship classes and commit to giving many of those spots to African-Americans, and then support them with mentors and sponsors.” He says, “An internship changed my life … Let’s change thousands of lives each year.”

If Smith’s name sounds familiar, he’s the man who, last year, while giving the commencement speech at Morehouse College, committed to repaying each and every Morehouse graduate’s student loans. In addition to his philanthropy, Smith’s pledge brought attention to this inequity: recent black graduates of four-year colleges owe an average of $7,400 more in student loans than white students and, four years after graduation, still owe an average of $53,000, almost double what white students owe.

If boards of directors aren’t accountable for improving diversity in their companies’ ranks, then the hiring and promoting of black professionals won’t improve. This is the belief of several black executives, including Ford Foundation President Darren Walker. According to Walker, a board member of Pepsi, “Boards should hold themselves and management accountable for specific objectives around recruitment, retention, and promotion of African-Americans and other minorities. Only when companies and management are accountable in ways that are quantifiable will we see real systemic transformation of corporate America.”

Mellody Hobson, co-CEO of Ariel Investments, agrees. She says, “In business we set targets on everything. Only in the area of diversity have I seen CEOs chronically say, ‘We’re working on it.’” Hobson, a board member of JPMorgan Chase and Starbucks, has “called for companies to tie executive pay to diversity metrics.” Already, “a few companies, including Microsoft, Intel, and Johnson & Johnson have gone that route, but they remain the rare exceptions.”

Walker points out that it’s also important to increase black representation on boards. “If you do not have blacks on your board, you’re not going to see blacks in the C-suite of that company.” He adds the nothing will change without significant action: “Corporate America can no longer get away with token responses to systemic problems. It is going to take a systemic response to sufficiently address this crisis that has been decades in the making.”

4. Only do business with firms with black representation

Robert Reffkin, a black real estate executive, started his own firm years ago when he “formed the impression that most companies don’t care” about attracting and promoting black employees. Today, Reffkin’s real estate firm, Compass, is worth $6.4 billion. To help increase the number of black professionals hired, retained, and promoted across the country, Reffkin has “called on companies to demand that the teams of outside lawyers, accountants, and bankers they use include at least one black member. Compass has made that commitment … and has also developed lists of black contractors for other services, such as photography.”

Initiatives like this can be implemented in various ways across a variety of industries. For example, this past January, Goldman Sachs CEO David Solomon announced that, beginning in July 2020, in the U.S. and Europe, Goldman would not be taking a company public unless it had at least one female diverse board candidate, and, beginning in 2021, Goldman would require IPO clients to have two such candidates.

According to top black executives, there’s still a long way to go to fix the racial inequity inside American corporations. Ursula Burns says, “[Members of] corporate America have generally not distinguished themselves as moral leaders. They generally have gone along with the flow, and for a long time that’s all we expected them to do.” Meanwhile, Darren Walker says, “Corporate America has failed black America. Even after a generation of Ivy League educations and extraordinary talented African-Americans going into corporate America, we seem to have hit a wall.”

However, given the size, determination, and momentum of protests across the world, optimism is growing. Robert Smith has received numerous calls from business leaders asking him what they can do. He says, “This is the first time in my life I’ve seen not just empathy, but engagement. This is unacceptable, and other CEOs are asking how they can get involved.”

How to Talk About George Floyd and Racism with Your Team

If you're a manager, business owner, or C-suite executive and still finding it hard to know what to say or write in the wake of the death of George Floyd and ensuing protests, you'll want to take a look at the letter Boston Scientific sent to its employees last week.

What sets Boston Scientific's letter apart from most other corporate responses to the incident and anti-racists protests is it calls for its employees to take specific action, rather than merely denouncing Floyd's death.

In the wake of George Floyd's death—a death captured on video in which the 46-year-old African-American Floyd can be seen and heard pleading, "I can't breathe, I can't breathe," while Minneapolis police officer Derek Chauvin kneels on Floyd's neck for eight minutes and 46 seconds, nearly three minutes of which occur after Floyd becomes unresponsive—several top Wall Street employers have issued statements about the incident, other incidents like it, and the protests that have followed. Below are excerpts from these statements.

Today, Vault releases its Banking 50 Rankings for 2020. The rankings are derived from Vault’s annual Banking Survey.

In a recent Exchanges at Goldman Sachs podcast, Goldman president and co-COO David Solomon offers some rather helpful advice for college students. Solomon, who in addition to his Goldman duties spins music in Miami and the Bahamas under the stage name D.J.