Employer Strikes Back: When Companies Respond to Public Resignations 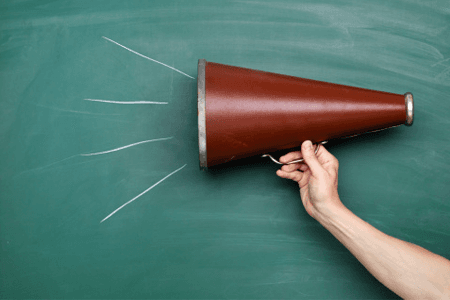 You've probably seen the viral video of Marina Schifrin, a video editor at Taiwan's Next Media Animation, interpretive dancing her way out of a job.

Still at the office at 4:30am (!!), she made a movie of herself dancing around the office to Kanye West's "Gone" while subtitles documented her grievances.

Among them? That her boss was more concerned with quantity than quality, that her deadlines and workload were unreasonable, and that "views" for the videos were all the company cared about.

She may be right about that last part, because instead of keeping quiet, the company came out with a video of its own—earning its own share of the viral views. Similar in style, the clip shows her coworkers dancing around the office during normal hours—since, as subtitles explain, most people at the company work an eight hour day—and showcases happy looking employees, a pool and sauna, and news (after a brief dance break): that the company is hiring.

So who won here?

Though it seemed like Marina was going to have the last laugh with her dramatic exit, the company did a great job of coming out smelling like a rose. They "wished Marina the best," focused on the positive aspects of the company (thus dispelling the bad press from Marina's video regarding hours and disgruntled employees), and made NMA look like a fun, creative, happy place to work. They also got a ton of video views, ironically. Since "viral quitting" has been a thing for a while now, and this company seems to have handled their retribution well, we might see a new internet trend in Employer Strikes Back videos.

Still—a last act of rebellion for the little guy is a sacred thing. Is it fair for a company, with all of its resources, to publicly hit back? Marina didn't name her place of employment or her boss, did nothing malicious in the video (unless dancing on someone's desk can be considered harmful), and focused on her personal working experience, not speaking for others at the company or making accusations of bad business on a corporate level, etc. A "revenge" video released less than 5 days after Marina's seems like an aggressive move, and possibly speaks more for the character of the company than its video subtitles.

So, is the "spurned employer revenge video" fair game or in bad taste? Watch for yourself and weigh in below!

Read more:
This May Be The Coolest Way Ever To Quit Your Job
How to Use Twitter Without Getting Fired
The 16 Most Disgruntled Analysts on Wall Street