Do You Have What It Takes to Work in a Radically Transparent Culture? 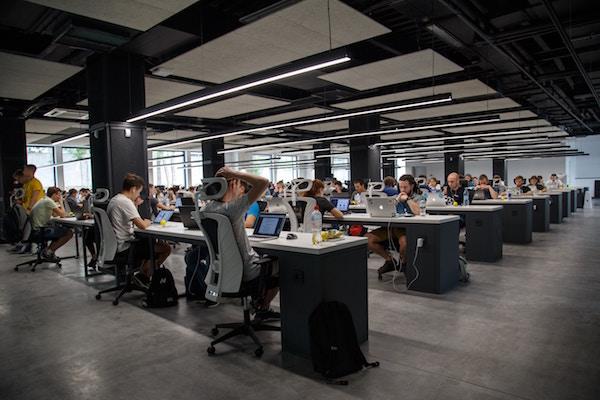 I'd like to believe I have what it takes to work for Bridgewater Associates, the largest hedge fund in the world which is as well known for the size of its assets as for its radically transparent culture, but I'm not sure I have the stomach for it. At Bridgewater, founded by the transcendental meditating investing guru Ray Dalio, every meeting is recorded, everything employees say and do is rated, and every employee is encouraged to criticize every other employee, from the entry-level recent college grad all the way up to Ray Dalio himself.

As a result of this unorthodox culture and the firm's extreme success (Bridgewater has turned a profit in 23 of the past 26 years), the firm and its founder have been widely written about, and much of that coverage has been critical. Which is partly why Dalio has often appeared in public in recent years, explaining the rationale behind his radical transparency and his controversial principles.

One of the latest such appearances was a TED Talk that Dalio gave a few months ago and is now available on the TED site. Dalio's talk, culled from his forthcoming book about those aforementioned principles, is not to be missed for anyone interested in working in a radically transparent company culture, or anyone wanting to create such a culture. It's also not to be missed for anyone interested in glimpsing the future of work. Dalio points out, early on in his talk, that whether we like it or not (we should like it, says Dalio), decision making based on data and algorithms is here to stay, and this type of decision making will surely be infiltrating workplaces worldwide more and more with each coming year.

Like any good Ted Talker, Dalio begins his 15-minute dissertation with a setback. And to see and listen to one of the world's most successful investors talk about a major investment decision he got wrong (so wrong, in fact, that he had to borrow $4,000 from his father to pay family bills) is certainly comforting and inspiring. It's also rather helpful, as Dalio gives a pretty good map of how we might answer that dreaded interview question, "Tell me about a failure and how you dealt with it." Here's Dalio on his biggest failure.

It was one of the most painful experiences of my life ... but it turned out to be one of the greatest experiences of my life because it changed my attitude about decision-making. Rather than thinking, "I'm right," I started to ask myself, "How do I know I'm right?" I gained a humility that I needed in order to balance my audacity. I wanted to find the smartest people who would disagree with me to try to understand their perspective or to have them stress test my perspective. I wanted to make an idea meritocracy. In other words, not an autocracy in which I would lead and others would follow and not a democracy in which everybody's points of view were equally valued, but I wanted to have an idea meritocracy in which the best ideas would win out. And in order to do that, I realized that we would need radical truthfulness and radical transparency.

Dalio certainly paints a sometimes scary picture of what this radical transparency looks like in practice. But I appreciate that he doesn't sugarcoat Bridgewater's culture. And while he explains this culture (and provides a few visuals to help him), I can't help but think of that excellent (and very creepy) episode of Netflix's "Black Mirror" where everyone's constantly rating everyone else (the episode's called "Nosedive"). Unlike "Black Mirror," though, Dalio presents a pretty good case for the need for his type of transparency.

We do it because it eliminates what I believe to be one of the greatest tragedies of mankind, and that is people arrogantly, naïvely holding opinions in their minds that are wrong, and acting on them, and not putting them out there to stress test them. And that's a tragedy. And we do it because it elevates ourselves above our own opinions so that we start to see things through everybody's eyes, and we see things collectively. Collective decision-making is so much better than individual decision-making if it's done well. It's been the secret sauce behind our success.

Whether collective decision making is indeed more advantageous than individual decision making has not, to my knowledge, been scientifically proven. However, there is some science behind why most of us might not be able to handle working in a radically transparent culture. At least, why at first we might not be able to. After time, we might, according to Dalio, prefer it.

There's a part of our brain that would like to know our mistakes and like to look at our weaknesses so we could do better. I'm told that that's the prefrontal cortex. And then there's a part of our brain which views all of this as attacks. I'm told that that's the amygdala. In other words, there are two you's inside you: there's an emotional you and there's an intellectual you, and often they're at odds, and often they work against you. It's been our experience that we can win this battle. We win it as a group. It takes about 18 months typically to find that most people prefer operating this way, with this radical transparency than to be operating in a more opaque environment.

The idea of two you's is something I relate to and believe to be a very important one. Often, when I've received critical feedback on something I've done, say, a piece of writing, my immediate reaction is to say (in my mind, not aloud) something like, "You're wrong. You don't know what you're talking about. What I've written is good. Maybe great. You really have no clue. You wouldn't know good writing if it fell on your ..." But then, when I step away from the criticism, let it sink it, let some time pass, and then go back and look at what I've written, and think about the criticism, I've often (nearly always) discovered that the criticism is right. And if that criticism came with some ways to improve the writing, I've then been grateful, since ultimately my work was improved, and I'll know the next time out where I might go wrong. In other words, after some distant from my immediate emotional response that rejects the criticism, my intellectual response is to welcome the criticism.

Which leads me to believe that, who knows, maybe I would welcome working in a radically transparent culture like Bridgewater?

In any case, here's Dalio's TED Talk in its entirety. Enjoy.

In the past few years, there have been several high-profile employment migrations from Wall Street to Silicon Valley. In 2014, Anthony Soto left Goldman Sachs to become Twitter's CFO.

When Oliver Stone made his iconic Wall Street film "Wall Street" in 1987, he was doing so, at least in part, to call out the greed and hubris of the financial world and to castigate the greedy bankers and traders on the Street during the 1980s in hopes, at least in part, that young people (men) would think twice before jumping into careers in finance, or at least think twice before they head down a very dark road once firmly into their Wall Street careers. However, the exact opposite occurred, and an unintended consequence of Stone's film was that young men (and maybe a women or two) loved "Wall Street" so much that, for two decades after the film was released, they did not heed Stone's warning but did the exact opposite: jump headfirst into the "greed is good" game.

Brainteasers are like standardized tests: of little relevance to the actual subject but designed to compare all people equally. As for what these tricky interview questions entail, they typically encompass probability and/or statistics.