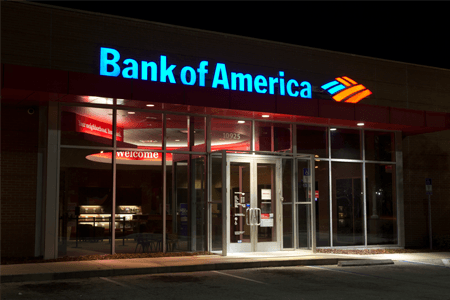 To be sure, it’s no secret that first- and second-year M&A and corporate finance investment banking analysts (young bankers recently out of college who work full time for Wall Street firms) put in some very grueling hours. It’s common for these new graduates to work 100 hours each week with no days off. I’ve heard numerous stories about analysts working an entire year, 365 days in a row, without a day off. I’ve also heard numerous stories about analysts putting in back to back all-nighters (including one involving an M&A analyst whose first two days on the job were all-nighters). And of course I’ve heard stories about around-the-clock Red Bull and venti latte drinking and even harder stay-awake medicine, legal and illegal, being taken on a daily basis in order to so-called perform at the highest level. Point is, working 14, 15, and 16 hours each day, Monday through Sunday, has long been the norm for young full timers on Wall Street, and many even brag about how long and how hard they have to work. However, not until the past handful of years has it become the norm for investment banking interns to work these brutal hours as well.

And to get a sense of just how brutal, consider the following paragraph. It’s a sampling of responses (that is, there are more where these come from) taken from Vault’s 2013 Banking Survey (conducted this past spring). The responses are all answers to the question, “What was the worst part of your internship?” (Note: each sentence represents a single response from a single survey respondent.)

As for why interns now log so many hours, consider that 34 percent of the more than 3,000 full-time banking professionals who took our survey this year told us that they'd interned at their current firm. This means that approximately one in three full-time banking professionals were hired through their firm’s internship program. Which underscores the stiff competition and high stakes inherent in these programs. And, just as it’s commonly believed that hours correlate with size of bonus for full-time bankers, it’s commonly believed that hours that interns work correlate to whether or not they’ll receive a full-time job offer at the end of their internship.

Now back to BofA and Erhardt.

Although, as mentioned, BofA has not yet spoken to the allegation that Erhardt worked 72 hours in a row before he died, a PR man for the bank has been speaking to the press. And yesterday, John McIvor, head of international communications at BofA, told CNBC this in response to questions about Erhardt’s death:

The whole point about internships is to give students a positive experience and to get to know our firm and us to know them well, so we can work out who would be the best fit to join the company full-time after they graduate. I'm not going to comment on what hours people choose to spend in the office voluntarily. But if you think about it logically, what we’re trying to do is something that happens across all the big firms.

Since John probably didn’t have much time to collect himself and give a straight answer to the CNBC reporter reporting on the tragic story, which is to say an answer that anyone would be able to understand, I’d like to translate John’s response so that those not versed in investment banking corporate communications lingo understand what he meant.

Let’s take that first sentence. In plain, banker English, what John actually meant is this:

“At least part of the point of our internship program is to work interns hard, really hard, to see if they have what it takes to work even harder, which is to say make money for us when they graduate, which is to say make a ton of money for us when they graduate, at which time we’ll be paying them a pretty freakin’ brilliant salary, a salary they couldn’t make anywhere else (unless they were to start their own social media company and we took it public after hiding their poor financial forecasts); also, we of course use the intern, I mean internship as a way to get to know if we would like to work alongside the intern for three nights in a row, I mean day in and day out, because, you see, we can’t be working with any tossers who can’t take a little hard work now can we?; in any case, we test our interns and if we like them we offer them a job, and I should also point out that we continually tell interns, or show them, or imply in some way, shape, or ridiculous perk like black cars home and free opera tickets that a Wall Street job is about as wicked as you can get upon graduation, and if they don’t drink what we’re serving then they’re certainly free to waltz right out of here and join a so-called boutique bank, which is to say the second tier.”

As for John’s second sentence, translated it meant:

“Yes, I understand that we’re going to go through the ringer for this, and there are certain bankers who work their slaves to the ground, I mean require their underlings to work quite a bit of so-called overtime, but not all of our bankers do that, and, in fact, there are two that don’t, and, further, it’s nowhere written in our official policies that interns have to work 72 hours in a row, and if you don’t believe me, then you can read our policies for yourself—and, in fact, here they are, in italicized, 6-point, Haettenshweller font.”

And as for John’s third sentence, what he’s attempting to get across is:

“Look, you buggers, it’s not like we’re the only firm on Wall Street working our interns to the bone; why don’t you ask JPMorgan and Goldman and Citi and Deutsche Bank and Credit Suisse about all the magic roundabouts their interns and analysts are making, I mean we’re not even landing any big deals anymore; these guys are the big dealmakers, so why not check in with their caffeine-guzzling interns working on actual, live deals; our interns are just putting in all-nighters to work on pitch books.”

That said, along with the grueling schedules that investment banking interns are forced to endure, the tragic death of Moritz Erhardt has also brought this to light: the meaning of “magic roundabout.”

To quote one intern who lived in the same residence as Erhardt and who was cited by several news sources reporting on the story, “Every intern’s worst nightmare is what’s called the magic roundabout … which is when you get a taxi to drive you home at 7 a.m. and then it waits for you while you shower and change and then takes you back to the office.”

Read More:
Slavery in the City: Death of 21-year-old intern Moritz Erhardt at Merrill Lynch sparks furore over long hours and macho culture at banks (Independent)
Bank Of America Intern Moritz Erhardt Dies After Working 3 Days Straight (IBTimes)
On Wall Street You Might Get Vacation, But You Can’t Take It

As we get ever closer to the launch of the 2014 Vault Consulting Rankings—coming on August 20th—I've taken the opportunity to dive a little deeper into some of the data from the thousands of consultants who took our Consulting Survey in spring this year. While the qualitative data we glean from the surveys tells the story of what it's like to work for a specific firm—giving our audience an insider's perspective on life at these firms—there are also some great insights to take from the quantitative data, especially when considering the industry as a whole.

To many people, the phrase "Wall Street" conjures a young Michael Douglas, hair slicked-back, red suspenders over his shoulders, manicured fingernails curled around a microphone, standing at the head of a classroom filled with eager MBA students as the words "Greed is good" proudly spews forth from between devil-red lips. To others, it conjures a line of imposing skyscrapers inside of which clean-shaven men in blue and gray Italian wool lean back, place their feet on desks, and speak into headsets at very high decibels while punching numbers into keyboards as flatscreens conspiratorially blink back at them.

A Day in the Life of a Senior Associate at PwC

Lindsay is a senior associate working in the Personal Financial Services tax group in PwC’s San Francisco office. Lindsay started with the firm as an audit intern, spent a year and a half as an audit associate, and then transferred into tax, where she has spent the past two years.