Can Working on Wall Street Save Lives? 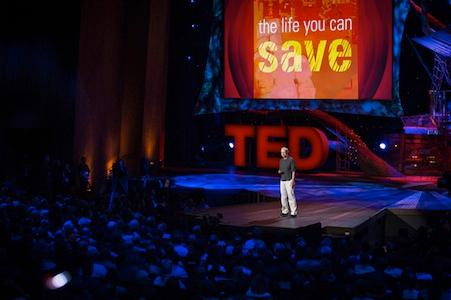 I have a friend who’s worked in BigLaw, for a big Wall Street bank, and for one of the biggest swinging hedge fund managers in the world. In other words, he’s made very big bucks. In addition, he has donated a big amount of money to charities and worthy causes. Among a certain group of friends, he’s the only person capable of cutting a several-thousand-dollar check when there’s a worthy cause in need of funding—such as a girls’ school in India, indigenous tribe in the Amazon fighting deforestation, etc. Although I’ve never asked him directly about this, I’m betting (with what little extra money I have) that he’s felt at least a fair amount of satisfaction in being able to directly affect the lives of scores of people, even while his job isn't the most so-called meaningful on the street.

I mention this because New York Times columnist Nicholas Kristof writes about a similar person in his most recent piece, “The Trader Who Donates Half His Pay.” The trader in question is the aptly named Matt Wage, a 2012 Princeton grad turned arbitrage trader on Wall Street. Wage, whose “senior thesis won a prize as the year’s best in the [Princeton] philosophy department” and who was “accepted for postgraduate study at Oxford University,” does just what the headline says: he donates half of his (pretax) income to charities. This currently equals about $100,000 per year. And among the charities Wage donates to is the Against Malaria Foundation, “which, by one analyst’s calculation, can save a child’s life on average for each $3,340 donated.”

“One thought I find motivating is to imagine how great you’d feel if you saved someone’s life. If you somehow saved a dozen people from a burning building, then you might remember that as one of the greatest things you ever did. But it turns out that saving this many lives is within the reach of ordinary people who simply donate a piece of their income.”

In addition to Wage, Kristof writes about another man connected to Princeton: a professor turned author named Peter Singer, whose book The Most Good You Can Do comes out this week and is devoted to the idea of something called “effective altruism.” This is from Yale University Press (Singer’s publisher):

Effective altruism is built upon the simple but profound idea that living a fully ethical life involves doing the "most good you can do." Such a life requires an unsentimental view of charitable giving: to be a worthy recipient of our support, an organization must be able to demonstrate that it will do more good with our money or our time than other options open to us.

It's interesting that Kristof ends his column conflicted about Wage’s actions while backing Singer 100 percent.

Kristof lauds Wage for his generosity, but admits, “I flinch at the idea of taking a job solely because it’s high-paying—even if the money is to be given away.” Meanwhile, he calls Singer’s thesis “powerful,” “provocative,” “basically right,” and adds, “The world would be a better place if we were as tough-minded in how we donate money as in how we make it.”

Which seems right to me, too. What also seems right is not to be too quick to judge someone based on his or her occupation. Lord knows I’ve done a fair amount of judging of others for working a certain job or for a certain company. And one of the things I take away from Kristof’s piece is there's more than one way to have a meaningful career. Sure, you can save the whales by working for the World Wildlife Fund, but it tuns out you can also save them by trading derivatives.

Read More:
The Trader Who Donates Half His Pay (NYT)
Where the Jobs Are in New York (Hint: Everywhere but Wall Street)

Where the Jobs Are in New York (Hint: Everywhere but Wall Street)

New York is in the middle of an employment boom. Since the financial crisis of 2008 and 2009, the city has added close to half a million jobs.