Can Good Lawyers Be Good Parents? 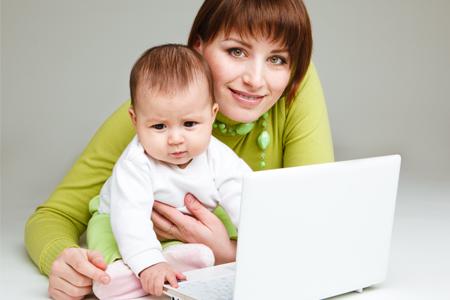 Are rainmaking and homemaking compatible endeavors or unlikely bedfellows? Approximately a quarter of the respondents (26%) of Vault’s first ever Working Parent Survey worked in law, and voiced their opinions on and experiences with hot-button topics relevant to working parents, including employer parental leave policies, flex-time, on-site child services, stay-at-home parenting, how accommodating their workplaces are to the needs of raising a family and if they would recommend their employers to potential employees with or starting families. The responses paint a conflicting picture; though much progress has been made towards allowing lawyers to be parents as well, there is still a ways to go, with changes needing to be made from the simplest levels of individual attitudes to the most complicated structural issues inherent within the legal industry itself.

The first order of business for mothers-to-be is how much leeway they have in taking time off before and after birth to care for their newborns. More than 75% of respondents who were mothers worked at firms which provided maternity leaves of over 10 weeks: 34% worked at firms offering 10-12 weeks paid leave and 44% worked at firms with over 12 weeks paid leave. About four weeks of paternity leave was typically granted to fathers (or other “secondary caregivers"). More than half of mothers also took advantage of additional unpaid time off, with 63% taking more than 12 weeks unpaid in addition to their paid maternity leave. While many new mothers were satisfied with the amount of time offered to them post-baby, others felt the time was inadequate and needed to supplement their maternity leave with vacation and sick days and short-term disability leave:

“The maternity leave policy is not consistent with the type of benefits that should be given for such a demanding job in such a lucrative law firm. The paid benefits should extend further than 12 weeks to allow attorneys the time that they need so that they can return refreshed and ready.”

Returning from maternity leave comes with its own set of challenges, however, as new mothers (and fathers) require certain accommodations for themselves and their children. On-site child care services, lactation rooms (or curtains and locks for private offices in lieu of these facilities), day care or nanny service arrangements do much to ease new parents’ minds at work, but less than half of respondents who identified as mothers (45%) were offered these amenities. Tellingly, nearly all those mothers who were offered these services used them.

The Fine Line between Family and Success

Perhaps the greatest challenge new parents face upon returning to work is attempting the delicate balancing act of meeting both work and family needs. Options like telecommuting and flex-time, which 83% of new mother respondents’ employers offered and 68% took advantage of, allow mothers the freedom to choose where and how they put in their hours, whether in or out of the office, while still being able to make it home for dinner. However, this sort of flexibility doesn’t come without its challenges in a field like law, with demanding clients, unpredictable schedules, hectic deadlines and long hours requirements that need to be met one way or the other.

“Assuming work is completed for clients and you are electronically accessible, when and where you complete work is often flexible. [It is] completely normal to leave early or arrive late to accommodate parent-teacher conferences or soccer games.”

“Law firms, no matter how accommodating, are not ideal for mothers of young children. The almighty billable hour puts extreme pressure on mothers to minimize use of flex-time, part-time is impractical for practicing lawyers even if it is offered, and even though you can take ‘time off’ to deal with childcare issues, attend school events and the like, that time must be made up somehow—at night, on weekends, or during ‘working’ vacations.”

While official policies may encourage taking full advantage of these sorts of accommodations, survey takers reported facing unspoken pressure that doing so would hurt their career success. Women on part-time schedules have less chance of making partner, for instance, while their full-time peers can cruise more comfortably into the corner office. Some women, in fact, hesitated to have children at all for fear of preemptively derailing their careers; many men sensed that taking full advantage of paternity leave would be frowned upon by their superiors.

“Large law firms in general are a horrible place for women who want families to advance. This is totally unfair in the sense that women are often fantastic lawyers; however, the constraints on their time reduce their ability to become a partner, etc. It is a structural problem that the legal industry needs to address.”

“…the reality of practicing law (and being successful) makes being a working parent very challenging. I have traded career success for flexibility—I think that's a perfectly acceptable trade off but I have to swallow my pride a lot. :)”

“After I had my first child, I went part-time, but the firm was supportive of that in name only. Going part-time was career suicide and I was almost instantly written off because of it. After my second child, I decided to stay home because I wanted to be a part of my children's lives and the female partners at my former firm seemed to have sacrificed that for their careers. It was my experience and observation that we can't have it all.”

To Stay at Home or Not?

The struggles of balancing work and family begs the question, what if respondents could just leave it all behind? Respondents were divided when it came to making the choice to be a stay-at-home parent vs. a working one. For some, the choice was easy; they found too much personal fulfillment in their work to consider full-time parenting. However, others felt torn between whether their limited supply of “face-time” was better spent at work or at home with their children. The struggle was about more than time; even the six-figure salary of an associate at a top law firm isn’t always enough for a sole breadwinner to meet financial demands such as high costs of living, student loans, and supporting a family, and others worried about the difficulty of reentering the work force after taking time off.

The most popular answer? What women really wanted were greater part-time options, to better allow them to achieve that elusive balance between work and life.

“I am a better parent because I work outside the home. I enjoy my work and the intellectual outlet it provides.”

“I would love to be a stay at home parent, especially during these early years of my kids' lives, but it's not an option for me because of my financial obligations, particularly student loans.”

“If I could pay off my mortgage or win the lottery, I would choose to stay at home part-time.”

One thing survey respondents agreed on, regardless of gender or family status, was that traditional attitudes towards men and women’s roles in the family need to change to reflect modern circumstances and realities before any lasting progress toward equality for women with families in the workplace can be made. Increased paternity leave and flex-time for men as well as women were commonly suggested policy changes which would be welcomed by both sexes.

“While we have some wonderful accommodations, the attitude of senior management about working parents is pretty pathetic. Too many men in senior management who have stay-at-home wives who just don't ‘get it.’”

“An enormous part of the problem is that families are seen as a woman's concern… Most of my male friends (ages in the 20s/30s) would prefer to be both good parents and good workers, and I think these things are not mutually exclusive.”

“Kids are expected to be the mom's main responsibility. That expectation works better for me, as I'm the mom, but for my co-workers who are dads, it's a lot harder...it's more socially acceptable for me (versus a male colleague) to come in late because of a child's school event.”

“The attitude toward men who want to take time off after the birth of a child is terrible. This hurts men, women, the employer, the clients, and really society at large. Until men feel just as comfortable as women do taking advantage of flex-time and accommodations for working parents, nothing will really change.”

It's a mark of how much times and interests have changed that news of the retirement of Sir Alex Ferguson from the manager's job at Manchester United made it into mainstream U.S. media last week.

Vault's Working Parent Survey: Do Women Even Want It All?

Can women have it all? Do women want it all?

A few years back, one of the resume buzz phrases du jour involved describing yourself with some variation of the following: "good/great/strong/effective multitasker. " It had all the hallmarks of a great catchphrase—it sounded fresh and exciting, it conveyed a sense of its user as someone with their finger on the pulse, it had very few negative connotations, and it seemed to cover a lot of ground without actually saying anything at all.

How to Save a Bad First Day

Get off to a bumpy start? First, watch this video: it will help put your minor disaster into perspective.