Bosses from Hell and How to Handle Them 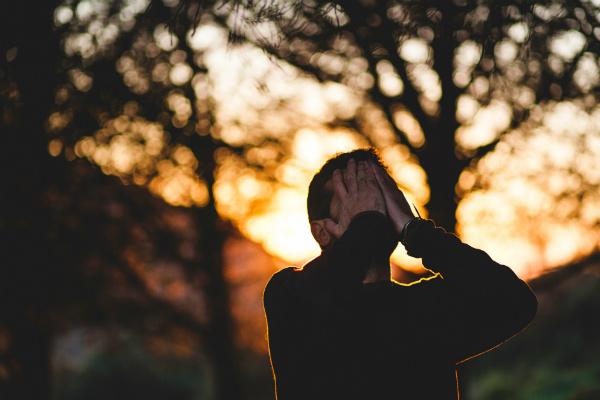 ‘Tis the season for scary movie marathons, chock-full of your favorite villains and monsters. Of course for some, real life has its nightmares too—including at work. Maybe it’s the commute. Maybe it’s that gossipy co-worker who always parks himself by your desk during his coffee break. Or, even worse, perhaps your boss makes you want to run screaming like Jamie Lee.

There are all kinds of awful bosses out there, and some great movies have been made about them. But sometimes the characters on your screen can be a little too close to reality. Here are some different types of horrible bosses straight from the screen (including an actual Horrible Boss) and advice for dealing with them.

The Boss With No Respect for Work/Life Balance: Miranda Priestly

Meryl Streep has never been so fashionable or terrifying than as the editor-in-chief of Runway magazine in The Devil Wears Prada. She’s also a scarily accurate representation of the boss that has no respect for your time or work/life balance. Of course, working from home is all but unavoidable these days (in fact, in certain cases, it’s preferable). But the boss who sees no distinction between your work life and your home life is another beast altogether.

The best way to handle this boss is to be forthcoming. Set boundaries if you’re able to do so—perhaps set the expectation that when you’re home, it might take you longer to get back to emails, or you won’t answer the phone during family dinner. If you think your boss will respond, introduce these changes gradually. Another thing you might try is bonding with your boss on a social level. If you’re going to be spending most of your day with them, it might help if you knew them more personally (and for them to know you). Discuss your goals for the next month over drinks, if you feel comfortable doing so. Invite them to dinner to meet your family—it’s easier to remember that someone has a family when you’ve met them. Try to be friends with your boss, and slowly shift the paradigm of your relationship to “you work for me” to “you work with me.” That way, when your work/life balance tips too far towards work, the two of you will have a clearer channel of communication.

I don’t know who decided to put Kylo Ren in charge of anything. The First Order would have been a more successful movement if the Stormtroopers weren’t terrified of their emotionally stunted boss. Captain Phasma was consistently cool, calm, and collected, and was therefore an effective squasher of rebel scum. Kylo Ren, not so much.

The boss who’s turned up to eleven all day can make for a tense office, with employees tiptoeing around in case they accidentally set him/her off. Company culture can sometimes validate this behavior, but it shouldn’t. It’s unprofessional and in no way your fault when your boss regularly flies off the handle. This is not something you should have to deal with yourself and is is exactly why anonymous complaints were invented. Speak with HR, either anonymously or in person, and make your frustrations known. Trust me, you’re not the only one upset with your boss’ temper. The key to dealing with these issues is reporting. If no one comes forward, then your boss will never get the feedback and intervention s/he needs. If you feel the need to confront your boss directly (you’re a braver soul than I!), then at least keep HR in the loop. Go to them to discuss a plan of action, and bring them in as mediators. The worst thing about this boss is that they’re unpredictable, so your first priority should be protecting yourself and your position.

I know Bruce is technically the hero of his movies, but I wouldn’t want to work at Wayne Enterprises. While it’s supposedly a successful business, Bruce is too busy striking fear into the heart of Gotham’s underworld to come into work much. And when he does make it in, he’s napping through meetings and generally being an ineffective employer.

If your boss has checked out, it’s probably not because they’re a vigilante crime fighter. No one likes a micromanager, but having no direction whatsoever can be just as frustrating. When the boss doesn’t seem to care about the business, it sets a bad example; how are you and your coworkers supposed to do your best? One way to cope with a boss who can’t be bothered is to find solidarity in your teammates—hold one another accountable. An invisible boss also lets you demonstrate your leadership capabilities. Lead by example by doing things right, following through, and engaging with your peers. Make your work environment a supportive and inclusive place, someplace worth taking an interest in—not for your boss, but for you and your team. In this way you can have a job that you’re proud of, even on a ship with no captain.

The Boss Who Crosses the Line: Julia Harris

In Horrible Bosses, Charlie Day plays a dental hygienist whose boss Julia Harris (Jennifer Aniston) sexually harasses him every day, with unwanted advances and threatening repercussions on his personal life. It’s played up for laughs in the movie, but sexual harassment is no joke. If your boss (or anyone in your place of work) is sexually harassing you, go through the appropriate channels immediately and file a complaint in writing. If resources for doing so were not made available to you at the time of your hiring (and they should have been), your best bet is either HR or another superior that you trust—you may even have to go over your boss’ head. Even if you think the incident(s) in question might not have been a big deal, that people won’t believe you, or if you’re afraid of your boss retaliating for bringing their behavior to light, it is important that you do not suffer in silence. No one should be made to feel uncomfortable in the workplace.

It’s hard not to love Sigourney Weaver, but she’s truly devious in Working Girl. Tess McGill (Melanie Griffith) is a go-getting secretary, and has the idea that one of her boss’ clients should invest in radio (this was the 80s, remember?). Her boss, Katharine, presents the idea as her own—it’s a huge hit, and Tess winds up with the short end of the stick until she finally stands up for herself, landing a huge promotion and a young-ish Harrison Ford in the process. Katharine’s kind of behavior in a real workplace is not just frustrating—it’s rage-inducing. It takes every ounce of willpower to keep from yelling, “I said that!” Not a great idea, but not as bad as sitting idly by. Tess McGill didn’t sit idly by, and look how things worked out for her.

First, don’t assume that your boss wants to pass your ideas off as their own. Not listening closely is impolite, but far less sinister than stealing. If it seems like an honest mistake, give some gentle pushback: a light “Yes, that’s exactly what I’m talking about – glad we’re on the same page!” usually works for me. If your boss has a history of doing this to employees, confronting them gets trickier. In this situation, perhaps pick which hills to die on. But try to foster a culture of giving due credit—make sure that in a mass email about the new filing system, you mention that it was Emily who kickstarted the project. Thank Chris and Devin by name for setting up the holiday party. If you feel comfortable doing so, ask to speak privately with your boss to discuss. Try not making it about them. Say you’re concerned that there’s an office culture of neglecting to credit people for their ideas and efforts. Ask to brainstorm on how the two of you might address this concern. If you bring them in on the solution, they just might realize that they’re part of the problem.

Tips for Avoiding Offensive Costumes at the Office Halloween Party

With Halloween approaching, and office parties soon to commence, we thought it would be a good idea to explore some of the dos and don’ts of Halloween costume etiquette in the workplace.

What is Cultural Appropriation?

6 Tips for Dealing with a Younger Boss

Getting a new manager typically translates into a different working environment, different expectations, and different communication styles. And a significant age difference between you and your new manager can make these differences more pronounced.

How to Appear More Confident at Work

It's common to feel unsure of your work and second-guess yourself on the job. But there are many easy ways to address this problem.