Are Uber and Airbnb Hurting Rather Than Helping Us? 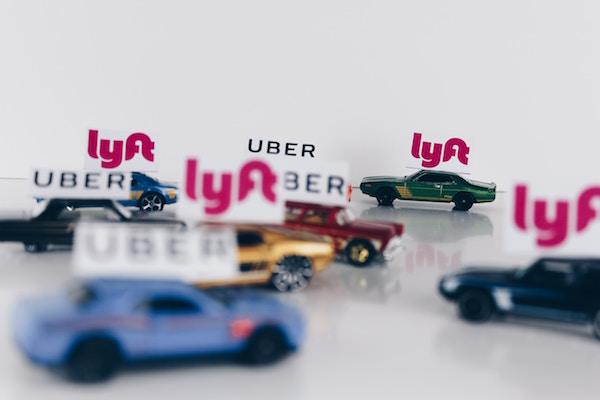 If you live in New York, Los Angeles, San Francisco, Oakland, Chicago, Boston, Portland, Seattle, or a handful of other major cities across the country, you probably know someone making a handsome living by collecting passive income thanks to sharing economy superstar Airbnb. You probably also know someone who works for one of the major companies involved in the so-called gig economy: Uber, Lyft, Task Rabbit, Handy, Hello Alfred, etc. But what you might not know is the answer to the question, Is the sharing and gig economy helping or hurting U.S. workers?

And so, in order to help you answer that question, let me point you in the direction of Nathan Heller’s enlightening and entertaining article “Is the Gig Economy Working?” that appears in the latest “Innovators” Issue of The New Yorker. In the article, Heller neatly presents, among other things, the pros and cons (and often inconvenient truth) of sharing and gigging.

Normally, every efficiency has a winner and a loser. A service like Uber benefits the rider, who’s saving on the taxi fare she might otherwise pay, but makes drivers’ earnings less stable. Airbnb has made travel more affordable for people who wince at the bill of a decent hotel, yet it also means that tourism spending doesn’t make its way directly to the usual armies of full-time employees: housekeepers, bellhops, cooks.

To advocates such as Lehane [Chris Lehane, Airbnb’s head of global policy and public affairs and formerly a strategist in the Clinton Administration], that labor-market swap is good. Instead of scrubbing bathrooms at the Hilton, you can earn directly, how and when you want. Such thinking, though, presumes that gigging people and the old working and service classes are the same, and this does not appear to be the case.

A few years ago, Juliet B. Schor, a sociology professor at Boston College, interviewed forty-three mostly young people who were earning money from Airbnb, Turo (like Airbnb for car rentals), and TaskRabbit. She found that they were disproportionately white-collar and highly educated … A second, expanded study showed that those who relied on gigging to make a living were less satisfied than those who had other jobs and benefits and gigged for pocket money: another sign that the system was not helping those who most needed the work.

In other words, gigging and sharing aren’t exactly helping to combat the rising problem of rising income inequality, and might be making U.S. employees, on average, less satisfied with their jobs and careers.

Regulation is government’s usual tool for blunting adverse consequences, but most sharing platforms gain their competitive edge by skirting its requirements. Uber and Lyft avoid taxi rules that fix rates and cap the supply on the road. Handy saves on overtime and benefits by categorizing workers as contractors. Some gigging advocates suggest that this less regulated environment is fair, because traditional industry gets advantages elsewhere. (President Trump, it has been pointed out, could not have built his company without hundreds of millions of dollars in tax subsidies.)

Perhaps making it a bit easier to sort out the good sharers and giggers from the bad ones, Heller goes to the man behind the curtain. That is, the Great and Powerful Oz.

If Uber has come to be known as the Wicked Witch of the West, dark-logoed, ubiquitous, and dragging a flaming broom of opportunism, Lyft has sought to be the Glinda, upbeat, pink, and conciliatory, and its organizing outreach has been key to this reputation.

Continuing on in the Land of Oz, perhaps it then follows that Airbnb is the Tin Man (a hardworking woodsman searching for his heart), TaskRabbit is the Scarecrow (a jumpy character with a lot of energy that isn’t exactly performing rocket science-like duties—just yet), and Hello Alfred is Dorothy and Toto rolled into one (that is, the purest of souls on the Yellow Brick Road).

As for the pigtailed Kansan and her excitable sidekick, here’s Heller discussing the visit of Tom Perez, former Secretary of Labor and current chair of the Democratic National Committee, to the offices of Hello Alfred (which, incidentally, was started by two former Harvard Business School students who both also worked at consultant giant McKinsey).

The reason for Perez’s visit was an unusual feature of Hello Alfred’s model: although the taskers can work part time, on a schedule they determine, all are full W-2 employees. Perez considered the company to be a model—creative, well-intentioned, and kind toward its employees—and praised it between pulls on his Coke heavy. “I appreciate that you’re understanding the high road is the smart road,” he said. “This is not an act of charity! This is an act of enlightened self-interest.”

He would have been more correct to call it self-interest tamed. Sapone [one of Hello Alfred’s cofounders] told me later that it’s expensive to carry a staff of W-2 workers on a gigging schedule. The tax burden is greater for Hello Alfred than it would be on a 1099 model, the hourly rate is high, and the required human-resources infrastructure drives up the cost. Attrition is low, but W-2 companies are also vulnerable to various employee lawsuits from which 1099 employers are insulated. For now, however, companies such as Hello Alfred, going above and beyond market demands out of principle, may be the gig economy’s best hope.

Pros and Cons of Working at Uber

It's been a tough year for Uber. First, Uber CEO Travis Kalanick's apparent tight relationship with President Trump and an insensitive tweet resulted in 200,000 Uber customers deleting their accounts.

The first ever Uber Bowl was a heated contest that came down to the wire, and, in the end, the Uber employees prevailed over Uber CEO Travis Kalanick.

The first quarter began with a fumble, when Kalanick gambled with a long pass on a blown coverage, but the ball was dropped (the firm sent out what appeared to be an insensitive tweet).

Today, nearly one in five jobs is performed by a part-time independent contractor or freelancer. That’s a 60 percent rise versus the number of jobs that part-timers held 15 years ago.