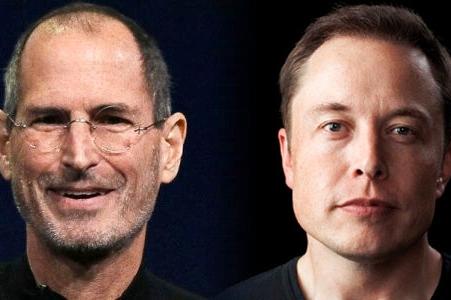 It’s been well documented that many of today’s great film directors are considered to be, to put it nicely, “difficult to work with.” As evidence, there’s the widely watched clip of David O. Russell going bonkers on the set of I Heart Huckabees, the stories about Lars von Trier emotionally pushing his actors so far that some believe he’s trying to eat their souls, and the many ticked off A-list actors whose hours and hours of work were completely edited out of a film directed by Terence Malick.

As it turns out, these directors have a lot in common with some of the great, modern CEOs.

In a recent New York Times piece, Tony Schwartz, the CEO of The Energy Project, asks the question: Why have brilliant leaders such as Steve Jobs, Elon Musk, and Jeff Bezos been so cruel and nasty to employees? The answer, says Schwartz, is threefold:

The first answer is that they can. Genius covers a lot of sins. A great product is a great product, and you don’t have to do everything right to be successful. Most customers don’t care how the sausage gets made, as long as it tastes good.

Employees, in turn, are willing to sacrifice a lot to work for a visionary. Much as Mr. Jobs was, Mr. Musk and Mr. Bezos are passionate, inspiring and charismatic leaders.

Finally, a certain level of financial success and the resulting power effectively excuse those who achieve it from the ordinary rules of civility and even humanity.

As for the motivation behind these men’s abusive behavior, Schwartz says it’s because they are (or were in Jobs’ case) control freaks. Which is to say they had a very definite vision and if that vision was not being met by their employees, whom these men often see/saw as mere pawns, then they completely flipped out.

I would argue that most of the bad behavior of these men is fear-based, impulsive and reactive rather than consciously hurtful. It grows not out of a sense of superiority but rather of insecurity.

People like these three visionaries deeply crave control. Each of them was far more likely to act out suddenly and behave poorly when he wasn’t getting exactly what he wanted—when he felt that others were failing to live up to his standards.

Schwartz believes this control freakishness has resulted in poor work from employees, and he posits that perhaps it has prevented these and other great leaders from being even greater, more successful leaders.

The question their management style raises is not whether being tough, harsh and relentlessly demanding gets people to work better. Of course it doesn’t, and certainly not sustainably. Can anyone truly doubt that people are more productive in workplaces that help them to be healthier and happier?

The more apt question is how much more these men could have enhanced thousands of people’s lives—and perhaps made them even more successful—if they had invested as much in taking care of them as they did in conceiving great products.

Which sounds, I hate to say it, and despite some recent studies, not exactly right to me.

As for that first part about “whether being tough, harsh and relentlessly demanding gets people to work better,” in my experience and observation, there are certain people (employees, athletes, actors) who have responded better—put out better work or performances—when their managers, leaders, coaches, directors have led with a tough, harsh style. Which is not to say I condone that harsh style or support it; just that I do think there are people who respond better to that style than, say, a warmer, fuzzier style of managing.

And as for the second part about these men perhaps being more successful if they were to invest as much time in taking care of employees as in the creation of their products, I also think it’s possible and probable that this might not be true all that often (Schwartz does write "perhaps" this is the case, so even he seems not really convinced).

Like film directors, CEOs of companies, especially product-driven companies, rely on their vision for the success of the product(s) being produced, and a lot of focus and energy must be placed upon holding that vision in place, making sure that vision will be seen through. And perhaps so much time and energy is spent on that vision that it might not allow much more for taking care of employees, that is, for making them happy and enhancing their lives.

Which is not to say that employees should be abused, berated, or demeaned in any way—that is inexcusable—but at the same time I think employees, if they work in a hierarchical organization, are employed to do a certain job, perform a certain function, and they should not assume they will be coddled by anyone above them, especially the CEO, whose job is on the line if the vision he/she presented at the time of his/her employment is not materializing. Not to mention if that CEO is the CEO of a public company, in which case that CEO also has investor upon investor breathing down his/her neck to ensure that share price is rising at a significant rate.

In any case, what do you think? Do you think Schwartz is right? Wrong? Do you work for a cruel boss? Do you think some people might respond better to a harsher style of management than a more positive one? Let me know in the comments below.

Read More:
3 Leadership Lessons From Obama's Talk With Marc Maron
Being Nice: The Key to Career Success
When Is It OK to Cry at Work?

Being Nice: The Key to Career Success

Whether you're a 20-year veteran or halfway through your first ever internship, chances are that you've got a story to tell about a boss or colleague who's rubbed you up the wrong way. Someone who's ignored you, been rude to you, or demeaned you in front of your peers.