6 “Negative” Actions That Might Be Good for Your Career 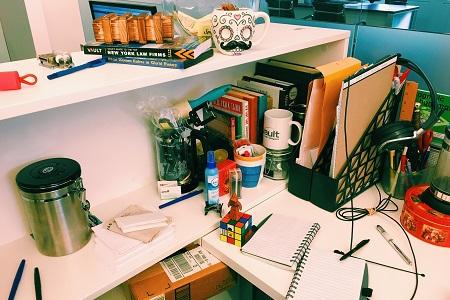 As employees at any company, we are often reminded of what employers are looking for from their staff, but in a practical setting, companies may not have a real clue about what is good or bad in the workplace. We recently discussed the positive traits many of us possess that can actually be detrimental to your career, but there are also actions employees take every day that supervisors would frown upon, but may actually help employees advance their career.  Here are some of those:

Being Bored
How often have you been working tirelessly at a task and just couldn’t go any further. You have been staring at the screen all day, just going through the motions of a good employee and not really even paying attention to the work you were doing. You just stop and stare off into space, knowing there has got to be a better way.

That’s not necessarily a bad thing. Oftentimes, doing the same thing over and over again causes burnout and leads to mistakes and redundancies. The act of getting bored actually forces your mind to think of alternatives – to the work you are doing and to your job in general. As a public relations professional, I’ve found myself becoming bored with the same style of press release or media pitch and thought of new approaches that actually led to an increase in positive press for the companies I have represented. In addition, boredom in traditional press relations led me to look into social media as a viable alternative to market companies I worked for, therefore adding a new skill set to my repertoire.

Boredom also leads to a new job search, which your employers will hate, but your bank account could love – and that’s good for you and your career.

Saying No
We all want to please our supervisors, especially when we start a new job, but saying yes every time you are asked to perform a task can actually be detrimental to your career, because your employers will start taking advantage of that can-do attitude. In no time, you might see some grunt work heading your way. And while saying no can be viewed as a negative attitude, it can actually be more beneficial to your career.

When you say yes all the time, you overburden yourself with work, some of which does not even fall in line with the work you were hired to complete. To compensate, you might half-ass projects and create unnecessary errors in your work. This leads to employers viewing your work as sloppy or mundane; all because you were trying too hard to impress. By saying no, you free yourself up to, not only complete your tasks, but put effort into every assignment and allow yourself to shine.

Just don’t go overboard on saying no, because you may miss out on some good opportunities.

Being Overly Friendly at Work
You feel we’re sending you mixed messages, because we recently told you that being Mr. or Ms. Popularity can hurt your career, but there is a difference between being overly popular and being overly friendly. When you try too hard to be popular, we end up trying to friend the entire workforce and end up getting attention for all the wrong reasons.

What you should be doing is picking and choosing the people to spend that extra time with at the water cooler or during lunch. Find friends that have a direct impact on the work you perform on a daily basis. I worked for a City agency with a number of different departments, and if I wasn’t friendly with staff, I would have promoted the agency as a whole while missing out on some of the exciting things happening within those different departments. To sum it all up, when we take the time to speak with our co-workers we find out important nuggets of information that they didn’t even realize might be helpful to your daily work.

But be observant of your surroundings, because if your supervisor always catches you chilling with colleagues, they may not see things the same way and just perceive that you’re goofing off.

Goofing Off
And sometimes goofing off can be a good thing if you’re not doing it out in the open. When you’re staring at the same screen for hours, you sometimes just can’t complete the task.  Your eyes are burning, you want to nod off and you sometimes just stare off into space, forgetting all about your task and getting nothing done.

How do you counter that problem? Pick up your phone and like some Instagram posts (like the ones you’ll find at @VaultCareers), play a quick time-waster game, or shoot off a couple of texts to friends. If you told your supervisor of this strategy, they will not approve, but if 10 minutes on social media helps you focus and leads you to an hour of high productivity on an assignment, then goofing off actually can be beneficial to your career. Do the math.

Just be discreet.  Nothing will get you fired faster than getting lost in a text exchange or loudly and visibly playing Heads Up with staff (stick with the classics – Solitaire).

Being Messy
I used to joke with a co-worker every time I decided to clean my desk off and hers remained messy, but the truth is we both worked so hard, we didn’t really have time to make sure old paperwork got filed and new contacts were added to our virtual rolodex. Business cards, weekly reports and newspaper clippings often littered my desk. My philosophy was that if you have time to clean your desk and make sure everything goes in its place, you’re probably not getting any work done. The only time I did clean my desk was when I was bored or wanted to goof off (see what I did there). But science backs up my messy ways. Studies show that in high-pressure situations, messy people come up with more interesting and creative ideas than their “play it safe” counterparts.

But don’t be that messy person that hasn’t cleaned their coffee cup in several days, has soda bottles strewn all over their desk or leaves candy wrappers and uneaten food around them.  That’s not messy – that’s just gross. Bringing roaches to the office will surely bring you attention for all the wrong reasons.

Pessimism
Pessimists are often viewed in a negative light because they can be Debbie Downers at times, but they actually bring real value to the office.  Why? Optimists are so gung-ho about particular ideas, they often ignore flaws that pop out to a pessimist.  Sometimes it takes a pessimist to really bring out the best in a project, because they ask questions, expect the worst and second-guess a lot. That’s a good thing when it forces someone to defend their work, have real answers and really prove that their idea will benefit the company. When you can successfully defend your idea and gather support, even in the face of pessimism, you have proven the idea’s benefit to the company, but if the pessimist exposes flaws, you’ll have to go back to the drawing board and come up with a better idea.

Just be careful how pessimistic your pessimism can get. Like, if you said, “I don’t know about using Dunkin Donuts coffee. We’ve always used Green Mountain cups in the Keurig. This could destroy employee morale,” you’re probably never going to be taken seriously again. This is not an issue to really bring up at work. However, if you argued that “Increasing the price of the product by 10% might be too much for our customer-base and erode customer loyalty,” you may start a discussion that would be beneficial to the company. Choose your battles.

Read More:
5 Positive Traits That Might Hurt Your Career
6 Ways to Build Better Relationships with Co-Workers
The Real Signs it’s Time to Quit Your Job

We spend a majority of our lives in the workplace, working side-by-side with co-workers we often see more than our friends, doing tasks for superiors we see more than our parents. It stands to reason that we want to make a good impression on those we come into contact with so often.

Learning how to build relationships within a team or company can lead to personal growth and plenty of professional opportunities. But there’s no doubt that fostering authentic relationships with colleagues can be challenging.