50 Best Investment Banks to Work For 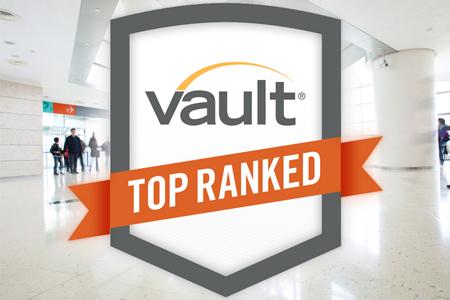 Earlier this year, Vault surveyed nearly 3,500 banking professionals, asking them to rate their peer firms in terms of prestige, as well as their own firms in several quality of life categories, including compensation, hours, culture, business outlook, training, and overall satisfaction. A weighted formula* was then applied to these ratings to create the 2014 Vault Banking 50—a ranking of the best firms to work for in investment banking. And so, below, in descending order, are the investment banking firms deemed by insiders to be the 10 best to work for.

What professionals at peer firms say: "Strong restructuring and M&A groups, very prestigious and intelligent, but has a sweatshop reputation."

What we say: Stephen Schwarzman has arguably built the best firm on the Street with perhaps a more powerful career-building name than Goldman. And the firm's rise from No. 2 last year to No. 1 this year in the Vault Banking 50 underscores the fact that the smaller, boutique banks and independent advisory firms are now on par with the bulge brackets (which not so long ago were the undisputed kings of Wall Street and best launching pads for Wall Street careers).

2. Goldman Sachs
What insiders say: "Team-oriented culture where you work with highly motivated, smart, energetic people striving to think beyond status quo; however, hours are insane."

What professionals at peer firms say: "Still the best, the cream of the crop, no one is close, these guys are on both sides of every deal, but their attitude keeps getting worse—dropping quickly due to their arrogance."

What we say: Despite the recent FabFab guilty verdict, Goldman has for the most part stayed clear of bad press for quite some time and is still, by far, the No. 1 dealmaker on Wall Street. Also, when it comes to prestige, Goldman's still golden.

What peers say: "Well respected, draws great junior talent, a leader among the bulge brackets, but that huge trading loss hurt their reputation."

What we say: The London Whale squashed tons of prestige (as well as its No. 1 ranking in the Vault Banking 50), but insiders are still in love with Jamie Dimon, and the firm's still solidly in second place as far as the bulge bracket goes (that is, it's just a few strokes behind Goldman).

4. Houlihan Lokey
What insiders say: "Fantastic colleagues and great deal experience, but the hours can be long and unpredictable."

What peers say: "Middle-market powerhouse and a very good, solid firm, but not that prestigious."

What we say: Treats its employees with incredible respect, offering perhaps the best overall quality of life in investment banking, but lacks name recognition—still nowhere near a household name on Wall Street.

What we say: Slowly has become one of the Street's top dealmakers and now demands a tremendous amount of respect throughout the industry.

6. Morgan Stanley
What insiders say: "Great culture and extremely intelligent coworkers, but there's a work/life imbalance and too much deferred compensation."

What peers say: "Just as solid of an environment to learn in as Goldman, with a much better culture and better people, but lost its luster following the crisis and is in search of an identity."

What we say: Still a top firm with a great name, but banking employees aren't pleased with their comp, or the fact that management seems to be focusing more on wealth management than banking.

7. Centerview Partners
What insiders say: "Extremely competitive compensation, great colleagues, high-profile assignments, but if you want to stay in banking for just one or two years and then move to private equity, it's probably not the place for you."

What we say: Once an up-and-coming firm and now a firm with staying power, as well as one with lots of clout on Wall Street, not to mention several hotshots, including a former U.S. Secretary of State, Bob Rubin.

8. Greenhill & Co.
What insiders say: "Blue-chip clients and thus blue-chip transaction experience, but not as well known as some of its competitors, and the benefits are mediocre."

What peers say: "Good in M&A, a very good boutique, but some people have been unhappy there."

What we say: A great boutique that works on big, important deals, but less sexy than other top independent advisors.

What peers say: "Good boutique that works on some mega deals."

What we say: Another well known, strong boutique, but a couple notches below Evercore, Greenhill, and Lazard when it comes to prestige.

10. Credit Suisse
What insiders say: "Friendly workplace filled with extremely intelligent and hardworking people, but you'll work long hours and the compensation could be better.”

What peers say: "Good leveraged finance unit, strong energy and power practice, but have had some layoff and compensation issues."

What we say: Not as powerful of a name as Goldman, J.P. Morgan, or Morgan Stanley, but has managed to stayed away from negative press and is still considered very prestigious.

As we get ever closer to the launch of the 2014 Vault Consulting Rankings—coming on August 20th—I've taken the opportunity to dive a little deeper into some of the data from the thousands of consultants who took our Consulting Survey in spring this year. While the qualitative data we glean from the surveys tells the story of what it's like to work for a specific firm—giving our audience an insider's perspective on life at these firms—there are also some great insights to take from the quantitative data, especially when considering the industry as a whole.