5 Ways of Looking at Trump's Love of Goldman Sachs Bankers 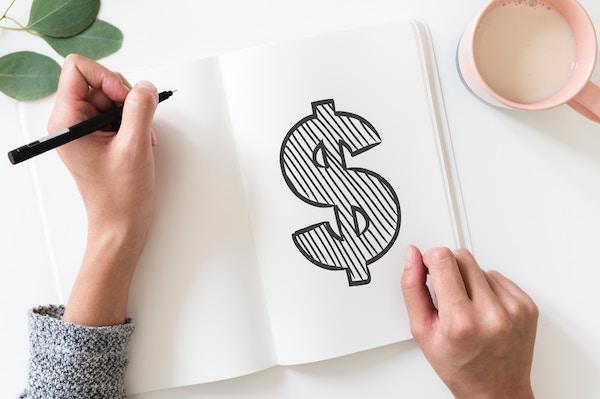 On Monday afternoon, Goldman Sachs President and COO Gary Cohn was officially named the next director of the National Economic Council by President-Elect Donald Trump. Cohn's appointment brought the number of Trump cabinet members with Goldman Sachs on their resumes to three. In addition to Cohn, Trump's chief strategist Steve Bannon and his nominee for Treasury secretary Steven Mnuchin also have years of experience working at Goldman. There is a fourth man with Goldman Sachs experience in the Trump mix, too: Anthony Scaramucci, a former Goldman banker who's advising Trump on his White House transition. As for how we should be looking at all the Goldman love inside the Trump administration-to-be, let me count the various ways.

1. Ironic/Hypocritical
The knee-jerk reaction, and one that's hard to ignore, to all the Goldman love by Donald Trump is that it's more than a bit ironic and hypocritical of someone who ran a campaign largely on how he is not part of the establishment, how he's not in the pocket of Wall Street, and how his opponents, both Republican and Democrat, are. Even Fox News pointed out the hypocrisy.

During the campaign, Trump repeatedly attacked his rivals over their Goldman ties. He criticized GOP primary opponent Ted Cruz for taking loans from the bank, where Cruz's wife worked, to help pay for his Texas Senate race in 2012. And he chided Clinton for accepting large speaking fees from Goldman and for not publicly sharing what she had told the bankers.

Trump even featured a video of Goldman chief executive Lloyd Blankfein in a campaign ad with the voiceover, "Hillary Clinton meets in secret with international banks to plot the destruction of U.S. sovereignty in order to enrich these global financial powers, her special interest friends and her donors."

But Trump appears to have since changed his tune.

2. Inevitable
Ex-Goldman bankers taking top posts in presidential administrations is hardly new (they don't call it "Government Sachs" for nothing). So one could perhaps say that Trump is merely following presidential suit. As Slate noted:

The National Economic Council was created during the first year of the Clinton administration. Its inaugural director was Robert Rubin, the co-head of Goldman Sachs who was an influential early Clinton adviser. After two years at NEC, Rubin was promoted to Treasury Secretary. Rubin’s partner in running Goldman in the 1990s was Stephen Friedman. Friedman left the firm in 1994 but in 2002 was named to succeed Larry Lindsey as—yup—director of President George W. Bush’s National Economic Council.

Friedman and Rubin were succeeded at the helm of Goldman by Jon Corzine, who went on to run successfully for U.S. Senate and then governor after he was ousted in 1998. Corzine was replaced by Henry Paulson, who had been the chief operating officer. And when Paulson’s time at chief executive at Goldman came to an end, he skipped the NEC and went directly to the Treasury Department.

3. Short-sighted
It could be said that Trump equates intelligence with how good of a dealmaker you are. He has said that paying fewer (or no) taxes means that you are smart. He has said that using bankruptcy protection laws shows only that you are brilliant. And he has indicated with his cabinet picks so far that successful experience in the private sector is an indication of future success in the public sector. And this is very evident with his picks with former Goldman Sachs experience who have very little to no public service experience. Will Steve Bannon's or Steven Mnuchin's or Gary Cohn's success in banking and Hollywood and hedge funds translate into good lawmaking and policy making? It remains to be seen, of course. But if we start to make an educated guess based on recent businessmen who have served their countries the answer is ... um, maybe not. Here is Fortune in a recent piece on all the big swinging C-suiters in the Trump cabinet:

And then there’s this question, posed by a CEO I know who was asked, and declined, to serve in a previous administration: “How many CEOs have gone to Washington and come back with their reputation enhanced?” He could think of only one, former Goldman Sachs chief Robert Rubin, who was Bill Clinton’s treasury secretary from 1995 to 1999. He handled financial crises in Russia, Asia, and Latin America; the U.S. economy boomed; and the federal government ran a surplus. Clinton called him “the greatest secretary of the Treasury since Alexander Hamilton.” Anybody else? It’s hard to expand on that one-person list.

4. Smart
But maybe tough dealmakers are indeed what we need right now. Goldman, despite being the face of Wall Street greed and hubris in recent years, is without a doubt the top dealmaker on Wall Street. It has for years led the field in IPO deal volume and M&A deal volume, and it is ranked as the best and most prestigious bank to work for in many polls and rankings (including our Vault Banking 50 and Banking Prestige Rankings) and so the firm can routinely hire the "best and brightest" among those who want to pursue careers in Wall Street dealmaking. In other words, when you're getting top bankers at this top firm you're getting top-notch, tough, no-nonsense negotiators who have international business experience and who know a thing or two about how to make money, grow businesses, and operate in a difficult global business climate. So, maybe, just maybe, a bunch of Goldman guys are exactly what America needs right now. Trump certainly agrees.

A few days ago, in a speech in Iowa, Trump commented on his cabinet decisions, specifically about why so many are billionaires. He said, "I want people that made a fortune. Because now they're negotiating with you, OK?"

5. Fishy
Trump has, if nothing else, proven that he's a wildcard. He'll say (and tweet) some of the most outlandish and baseless (140-character) statements. He'll come out of nowhere in the polls and win three tried-and-true blue states. He'll rebound from being recorded on tape making lewd comments about assaulting the fairer sex. And he'll name as his most trusted advisor someone with close ties to some serious haters. And so, maybe there are no answers here and only questions.

Does Trump have a master plan with all these Goldman appointees? Is he going to secretly award Wall Street banks, including Goldman, with all sorts of crazy deregulations in his first 100 days? Will there be more Goldman bankers joining the cabinet mix soon? Might Lloyd Blankfein become Secretary of State if nominee Exxon Mobile CEO Rex "Putin's Pal" Tillerson is blocked in Congress? Does Trump secretly wish he had Goldman pedigree and so is he positioning himself to become a Goldman board member once he leaves the White House?

I don't know. Maybe Donald Trump doesn't know. What we do know, though, is that, for better or worse, anything is possible.

What Vault's Readers Expect From a Trump Economy

The election may be behind us, but there's a long way to go to bridge the divide between voters on the winning and losing sides—especially on key campaign issues related to jobs and the economy. As you may know, we recently ran our first ever post-election survey to try to gauge what our audience thought the next 4 years had in store for them personally, and for the economy in general.