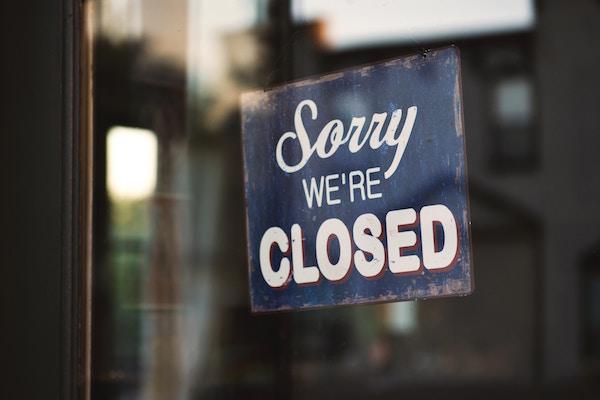 On Tuesday, Starbucks closed approximately 8,000 of its stores for four hours so some 175,000 employees could go through a "racial-bias training" session. The closings and training were a direct response to a recent incident at a Philadelphia Starbucks in which a manager called the police, claiming that two African-American men inside the Starbucks were trespassing when, in fact, they were simply waiting for a business associate.

Subsequently, amid a #BoycottStarbucks campaign, Starbucks Chairman Howard Schultz and the firm's CEO Kevin Johnson apologized on behalf of the firm, then hatched the idea for the half-day training session, putting together a rather impressive roster of leaders to be involved in creating it. Former U.S. Attorney General Eric Holder, Anti-Defamation League CEO Jonathan Greenblatt, and Academy Award-winning musician Common all played a part in the firm's four-hour training.

While many observers have lauded Starbucks for setting up the training, others have laughed at the firm, calling the training nothing but show, a mere stunt meant to put out the PR fire. As for my take, below are some important lessons for executives and employees to consider in light of Starbucks' closings and training.

1. You have to start somewhere.

Many publications have pointed out that a half-day training session isn't going to do much, if anything, with respect to changing employees' minds and biases when it comes to race. While I agree, I also believe what Starbucks has said: that yesterday was only the beginning, just the first step among many with respect to discussing racial bias in the workplace. At least, I sincerely hope it was just the beginning for a company with a reach as wide as Starbucks'. In any case, the firm's training session should serve as a lesson to employees and executives across the country that every project or journey, no matter the goal or desired end, begins with an initial step. Doing something, however small, beats doing nothing, any day of the week.

2. Even massive organizations can be nimble.

Starbucks, as mentioned, has thousands of stores and hundreds of thousands of employees. And it was able to mobilize many of its stores to close for an afternoon and get many of its employees to join a four-hour training. That, in itself, is quite a feat. And one that companies both large and small (and their employees and executives) should emulate when coming up against scheduling or other types of conflicts while planning trainings or other internal events of their own. That is, anything can be done with a little effort. Red tape, politics, bureaucracy, etc., are often excuses, not reasons, not to move forward.

3. If you want employees to join a work event, schedule it it during work, not after.

This is something all employees know but many executives don't. And so, I'm directing this one to executives: If you want to improve your corporate culture and/or bottom line and want to hold some sort of extracurricular event to help your cause, hold it on the company's dime and time, not your employees'. If you don't take this advice, your employees will feel undervalued and will resent that you're making them "work" additional time (which could cut into a second job they have, result in them having to pay overtime for childcare, etc.). On the other hand, if you hold said event during working hours, your employees will feel the exact opposite: valued and grateful. And thus, they'll work harder for you, and for your company. Not to mention they'll be more engaged in the event you're holding.

4. All business decisions shouldn't be based on dollars and cents.

Closing all of its stores for a half day cost Starbucks millions of dollars. Will the training make up for these lost sales? I'd argue that it will, while others will argue that it won't. Of course, in the end, there might be no way to know for sure if it will or not. Maybe Starbucks will lose money now but gain a lot of PR credibility and thus more customers later. Or maybe it will lose money now but gain a more engaged workforce later, and that will translate into a larger bottom line. Of course, the most important desired result of the training is to create a less racially biased workforce and workplace by beginning a discussion about racial biases among the firm's employees. And even if that doesn't directly result in increased profits, that in itself would be well worth the losses. It could begin to change the direction and mission of an entire organization. And, who knows, that organization could then inspire other organizations to take similar steps, and so on. The point is, executives that only think in near-term dollars and cents are usually thinking too narrowly. And the same could be said for their employees.

It's becoming increasingly accepted that gender is a nonbinary spectrum, which means we're not all relegated to just “male” or “female. ” Meanwhile, more and more people are choosing to identify with non-traditional pronouns, gender-neutral pronouns, multiple pronouns, or no pronouns at all.

Black History Month rarely gets the attention it deserves. Too often, February comes and goes without companies and their employees spending much, if any, time celebrating this essential piece of America's history.