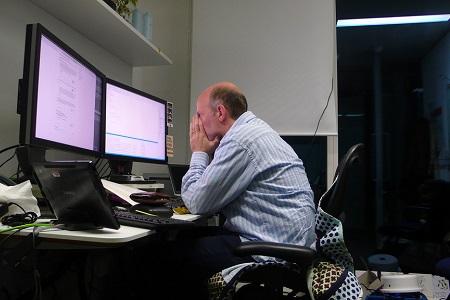 We spend a majority of our lives in the workplace, working side-by-side with co-workers we often see more than our friends, doing tasks for superiors we see more than our parents. It stands to reason that we want to make a good impression on those we come into contact with so often. But in our quest to be the best employee, we often don’t realize some of the positive traits that people commend us on could actually be detrimental to our career.  What are we doing wrong and how can we change it (if we should even change at all)?

The Late Night Martyr
There is always at least one person at every job who is the last one to turn off the lights after everybody else leaves. Some of these people believe that they will look good in their supervisor’s eyes if they are seen making that extra sacrifice, but you’ll be surprised at how employers and colleagues view your long hours in the office.

Colleagues are oftentimes turned off by this behavior, because they are not willing to work those long hours and mistakenly believe the boss will reward the behavior of the Late Night Martyr over their own hard work. However, supervisors are not interested in how long you work but rather focus on how much work gets done. If you are working late on a project that is comparable to a project another colleague completed faster, you may be viewed as someone who just has poor time management skills, a slow worker, or simply someone that procrastinates until the last minute.

Only work late if you have to. Those who answer work emails sent by their boss at night or take the lead on last minute projects where long hours are expected will prove their worth to the company. But working late for appearances only will not get you far at all.

The Multitasker
This is the person who is listening in on a phone conference, while typing away on their computer to complete an unrelated project. They finish one aspect of a particular task and then work on another, never fully completing either.  Many job descriptions even ask for these types of employees, but they incorrectly word what they actually want.

When you divide your attention between tasks, you oftentimes sacrifice efficiency and accuracy. It could take you longer to complete one task, because you work on five simultaneously. And because you constantly switch gears, you could potentially make mistakes in a couple of the tasks you were assigned, forcing you to take extra time to correct those mistakes.

Employers want you to take four tasks and complete them in one day, but they want you to do so with the same attention to detail for each project.  Instead of working on those four tasks at the same time, it would be more beneficial to give your undivided attention to one task at a time, starting with the hardest task and working your way to the easiest.

The Efficient Employee
Employers might get upset when they read this, but being too efficient in certain jobs could be detrimental to your career. This is a gray area, because some will agree and others will write nasty comments in the section below, pointing out how remarkably stupid it sounds to say that some employees are too efficient for their own good. But this advice is not for all jobs.

There are certain jobs that punish employees for working too fast. They finish all their tasks and must take on additional tasks because their colleagues are lagging behind. This breeds contempt. If the reward for finishing your job quickly is more work, then why even bother, especially if you aren’t getting a raise or promotion anytime soon.  And if there is no additional work, but you complete your task at 3, you still have to fill two hours of your day.

Feel your job out. Are you rewarded for getting work done fast? Would you get further punished if you slowed down your work so you don’t take on additional busy work that does nothing for your career? Remember the saying – Work Smarter, Not Harder.

The Cookie Monster
This person loves to buy donuts, cakes and cookies for their staff and colleagues. Who doesn’t love sweets? You’d have to be crazy to freak out over someone buying you cookies. But there is a downside.

When you buy donuts for the office, you are not respecting people’s diets. And while it’s not your job to pay attention to who can eat what, you are running the risk of making some people angry with you for contributing to their waistline or for isolating them due to a food allergy. Those who bring in sweets to the office on a regular basis may also be typecast as the work mom or dad, which you may enjoy, but your boss may abhor. I’ve literally been accused of buying people’s loyalty with cookies, as ridiculous as that might sound.  So be careful.

Take the office temperature. If you work for a place that has a snack table and people regularly bring in treats for their co-workers, then you should participate in the office culture. If you enjoy bringing sweets, but notice some people turned off by the behavior for dietary reasons, switch it up a bit and bring in a vegetable platter every now and then. And if your supervisors seem annoyed by your niceties, don’t further aggravate them by continuing the practice. Instead, invite a coworker to lunch or take a coffee break with others to enjoy that sharing time in a different way.

The Cool Co-Worker
This is the person who cannot go down a hallway without stopping to talk to every co-worker he or she walks past.  High-fives, head nods, and awkward pointing (maybe even a wonderfully staged finger gun salute) are some of the behaviors of the popular co-worker.

Side effects of being popular include diarrhea of the mouth. Maybe you told the truth about where you really were that day you called in sick or maybe you told someone about something going on in your personal life that supervisors may consider a red flag when it comes to important assignments or promotions. You might anger co-workers by sharing salary information, which will anger supervisors, too. And, as sad as it seems, some supervisors are threatened by employees who become too popular. I’ve seen supervisors do the most underhanded things to breakup friendships in the office.

Mr. or Ms. Popularity was a great title in school, but work is not school, so tread lightly when it comes to making too many friends in the office.  Sometimes it’s better to fly under the radar.

Read More:
Why I Work Like a Millennial
Is Hard Work Paying Off
The Daily Habit That’s Preventing Your Success

We’re all busy, there’s no denying that. At a certain point, our agenda becomes burdened with appointments, work and tasks we need to complete in order for us to move forward and tackle the next thing.

The term millennial is more than a buzz word; it’s a complete culture. Millennials are changing the way things are done, most notably the way we work.

Is Hard Work Paying Off?

From an early age, we are told that if we work hard, we can achieve anything. We are cited quotes by famous people who have succeeded in their respective fields.