4 Career Lessons from the 2020 Presidential Election 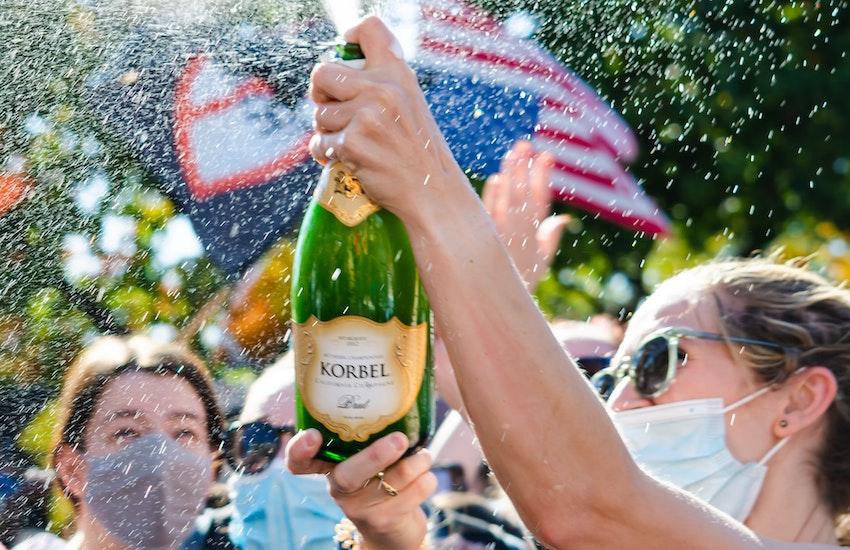 The 2020 presidential election was unlike any other we’d seen before. From socially distanced campaign events to unhinged debates to unfounded accusations of election fraud—all taking place in the middle of a global pandemic—it’s safe to say it was the most unusual election in modern times.

The election was also historic, as it marked the first time in 28 years a president has failed to win a second term. While the election was too close to call for a number of days, Democratic candidate Joe Biden ultimately prevailed over Republican incumbent Donald Trump.

As for Biden’s journey to the presidency, it can teach us a lot about pursuing our own goals.

1. Be willing to fail—and fail again.

Biden may have just become the president-elect, but behind him is a multitude of failed attempts. More than 30 years ago, in 1988, he led an unsuccessful presidential campaign. Two decades after that, in 2008, came a second failed campaign.

Often, the difference between those who fail and those who succeed is that those who come out on top realize that failure isn't fatal and success isn't final. Most “successful” people have a story of unbelievable struggle behind them to the point where their failure becomes a source of inspiration for others.

Walt Disney was fired from his newspaper job after being told that he “lacked imagination and had no good ideas.” Stephen King’s classic novel Carrie was rejected by 30 publishers. Oprah Winfrey was let go from one of her first TV jobs after being told she was “unfit for television.”

Along with experiencing failure, what all of these people share in common is a quality that led to their success: perseverance. As Winston Churchill once said, “Success is stumbling from failure to failure with no loss of enthusiasm.” So, it’s important to recognize that every time you come back from failure, you’ll be equipped with more knowledge, expertise, and wisdom.

When you’re young, you’re told you can be anything, from an astronaut to the President of the United States. But as you grow older and life starts throwing punches, your ambitions can get smaller. You may have heard the quote: “Comfort zones are where dreams go to die.” In other words, it’s tempting not to try—to prevent yourself from failing. However, real self-growth and progress comes only when you keep pushing yourself, keep believing in your dreams, go beyond your comfort zone.

It’s likely that most people would have humbly accepted the vice presidency as their career highlight—after Biden’s 2008 presidential campaign failed, he became Barack Obama’s VP. But Biden didn’t settle. He kept going, kept pushing, kept believing, until he achieved his dream.

3. Create a team that believes in your goals and vision.

When it comes to achieving your goals, it takes an army. Establishing a team—friends, family, coworkers, classmates, others in your network—who believes in your dreams as much as you do gives you the best chances of manifesting your dreams into reality.

Joe Biden has had many of the same team members helping him throughout his career. His younger sister, Valerie Biden Owens, is one of his closest advisors and ran all of his political campaigns until his most recent presidential run. Mike Donlon, an attorney and senior advisor, has been advising Biden since 1981—and wrote Biden’s victory speech last week.

Although finding people who won’t jump ship when times are tough might be challenging, if you find the right people they can be instrumental in propelling you to success.

No doubt when Biden first pursued the presidency, he wouldn’t have expected to be 78 years old when he finally made it there. And he could never have expected to set a presidential election record along the way. When Biden finally won the presidency last week, he not only won the popular vote and electoral college vote but also received more votes than any other presidential candidate in American history.

And he’ll set another record in January. At the time of his inauguration, Biden will take office as the oldest U.S. president ever.

L’areal Lipkins is an author, inspirational speaker, and goal-setting coach. She’s passionate about helping women achieve their goals and realize their vision. She is the author of A Woman With Vision and hosts her own podcast. You can follow her on Instagram @awomanwithvision.

These days, presidential debates are more like job interviews than debates. That is, there's not much issue debating but a whole lot of Q&A-ing and candidates telling why they're the best man or woman for the job.