The 4 Simple Behaviors that Turn Ordinary People Into CEOs, According to Researchers 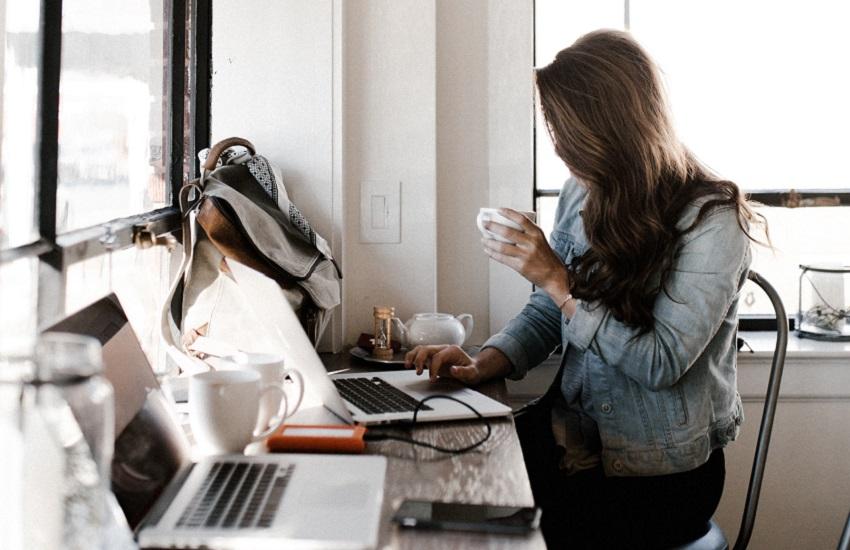 Think you could never become a CEO? Think again, say Elena Botelho and Kim Powell, researchers and authors of the book, The CEO Next Door.

Botelho and Powell studied data from 17,000 leadership assessments, from which they chose 2,600 to study even further. The two partnered with professors from both the University of Chicago and Columbia University to analyze the traits these leaders embody most frequently.

The writers state that most people believe the “iconic CEO is powerful and patrician, a bold, charismatic extrovert with a flawless resume.” Which means that many people probably don't think of themselves as CEO material. But Botelho and Powell found that’s just not true. “Even the most impressive CEOs often didn’t start out knowing they were destined for greatness,” they say.

There are four necessary traits that can help regular working people become the CEO they’ve always dreamt of becoming. And they’re easier to achieve than you may think.

1. They make their decisions fast

Botelho and Powell discovered that leaders who are able to make decisions quickly without procrastination or excessive questioning are 12 times more likely to be successful as CEOs. One example of this is the former CEO of Greyhound, Steve Gorman.

Gorman came into his position as CEO in 2003 when the company was losing money and its parent company was preparing to shut the company down. Gorman spent his first four months listening to various pitches on how to save the business. He decided to take a chance and alter the routes for the bus line around the U.S. and Canada’s most populated areas. His plan worked and was later on sold for double what it was worth when Gorman took over in 2003. The authors outline how Gorman’s action — regardless of whether or not he thought it was the best decision, or whether or not he could have guaranteed it was going to work — was better than not making a decision at all.

2. They’re able to sell their own idea

Successful CEOs also have a little salesperson in them. Leaders must be able to not only inspire others with their idea and goal but get them on board with it as well. And this doesn’t just mean being a likable person: it means being someone that can also be seen as the person to get this job done — and can be trusted with what could be seen as risk-taking. The authors say that these CEOs have all been able to describe their idea in a way that others can see and understand, thus building relationships with those who can help them make their ideas happen.

The researchers describe Steve Jobs, the founder of Apple, as one of these people. Even though Jobs wasn’t always viewed as being the nicest of leaders, he was able to inspire others with his ideas that could have been (and were!) viewed as unconventional. Not anymore.

3. They’re consistent with their actions and their results

Being viewed as reliable increases one’s chances of being hired, according to the researchers. Reliability means leaders can be counted on to deliver on their word and their plans and can be trusted with being in charge of company responsibilities.

Brett Godfrey, for instance, was chosen by Richard Branson to head Virgin Australia in 2000. Branson chose Godfrey, who was an employee of his at Virgin Group, because of his work ethic and detail-oriented approach. As an employee, Godfrey showed Branson he was reliable and could handle the leadership position he was then given.

4. They’re able to adapt to any circumstance

As the researchers wrote: “Aspiring leaders have to learn to navigate the uncharted.” And they point to Jeff Bezos, the founder and CEO of Amazon, when discussing adaptability. Bezos founded Amazon in 1994, when it was solely a bookstore. It then branched out into music and video and now offers virtually any product you can imagine, from clothes to home goods to electronics.

It’s important for leaders to change with the times in order to remain relevant. The most successful leaders are those who aren’t afraid to take a chance on adapting even when it means branching out into unfamiliar company territory.

4 Ways to Improve Your Time Management Skills at Work

If you’re having trouble meeting deadlines at work, it’s possible that it’s not your job that’s overwhelming but your time management skills that are lacking. So to help you quickly improve these skills, here are several useful tips.

3 Tips for Building Self-Confidence Before an Interview

In this post I’m going to share three things that you can do to be more self-confident before an interview. But first I want to share what self-confidence means.

Tired of sending networking emails that don't get a response? Don’t fret.

Small Talk: Why It Matters and How to Do It [Infographic]

While networking is, at its heart, about forming genuine bonds with interesting people, meeting those people usually comes with having to make small talk. And though sometimes dismissed as frivolous, chit-chat is actually an extremely important social tool.