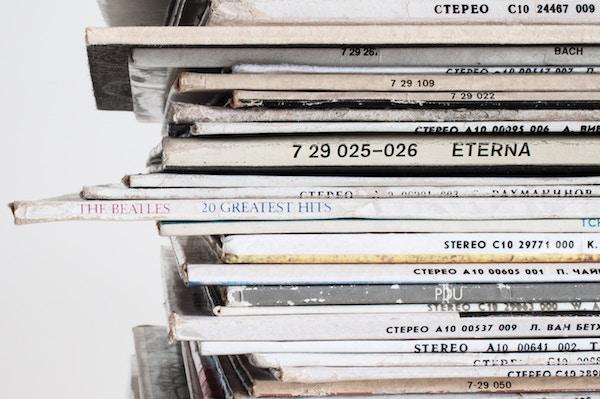 Last week, the Beatles’ “Sgt. Pepper’s Lonely Hearts Club Band” turned 50 years old. The 1967 concept album (that wasn't really a concept album) is widely considered to be the best record ever made. Here’s Rolling Stone on why “Sgt. Pepper’s” ranks No. 1 on the magazine’s list of the 500 best albums of all time.

Sgt. Pepper's Lonely Hearts Club Band is the most important rock & roll album ever made, an unsurpassed adventure in concept, sound, songwriting, cover art and studio technology by the greatest rock & roll group of all time. From the title song's regal blasts of brass and fuzz guitar to the orchestral seizure and long, dying piano chord at the end of "A Day in the Life," the 13 tracks on Sgt. Pepper's Lonely Hearts Club Band are the pinnacle of the Beatles' eight years as recording artists. John Lennon, Paul McCartney, George Harrison and Ringo Starr were never more fearless and unified in their pursuit of magic and transcendence.

Along with John, Paul, George, and Ringo, there was another man whose fearlessness and pursuit of magic and transcendence helped make “Sgt. Pepper’s” a legendary creation. That man was George Martin, often referred to as the “fifth Beatle.” Martin was the producer of “Sgt. Pepper’s.” He also produced “Abbey Road,” “Rubber Soul,” “Revolver,” “Magical Mystery Tour,” and “A Hard Day’s Night,” among other Beatles albums. And he gave the Beatles their first record contract and wrote of many of the orchestral arrangements that appeared on the Beatles most famous songs. In addition to the Beatles, he produced songs for Elton John, Ella Fitzgerald, Jeff Beck, Cheap Trick, and Celine Dion, among numerous others.

Last year, Martin died at the age of 90. And so, unfortunately, he wasn’t able to see one of his many great pieces of work turn 50. However, his son Giles was. Giles, who grew up working alongside his father in various recording studios, is a prolific music producer himself. A decade ago, he worked alongside his father to produce “Love,” a remixing of Beatles tracks that Cirque du Soleil used for its Las Vegas show of the same name. More recently, he was enlisted by Sir Paul McCartney and Ringo Starr to remaster “Sgt. Pepper’s.” And that “beautifully done, vast improvement” (so says the Guardian and Ringo Starr) of the legendary original record was released last week upon the semicentennial anniversary.

Also last week, Giles spoke about the making of that original as well as his remastered version with Fresh Air’s Terry Gross. The entire podcast is a must-hear, not only for Beatles fans, but also for anyone interested in how technology has improved record production since the 1960s and for anyone pursuing creative work. To that end, culled from the podcast, here are three tips sure to inspire creators across just about every profession and career.

If you’ve ever wondered how the Beatles were able to put out so many near-perfect songs while rarely, if ever, putting out a dud, what Giles Martin has to say about how the group came up with the final chord on the final track of “Sgt. Pepper’s” might help you answer that question. In the podcast, Giles discusses how, originally, the final chord on “A Day in the Life”—which Rolling Stone calls “the most famous moment in 1960s music: a single chord played by John Lennon, Paul McCartney, Ringo Starr, George Martin and assistant Mal Evans across several pianos at once, reverberating on and on, like a possibility without resolution”—was supposed to be all four Beatles singing an E together as though chanting “Om.” However, the original idea turned out to be a rather bad one and so had to be ditched. Here’s Giles Martin discussing that original idea and the decision to go with a plan B.

They did it properly. I mean, the thing about the Beatles, they’d stick to their guns, and they wouldn't give up on an idea. And they finished it, and then they realized that it just didn't work …

In other words, don’t let the fear of failure stop you from idea creation and trying things. Don’t be afraid of going another route if your original idea fails. And don’t forget that everyone, even the greats at their greatest, have bad ideas and fail.

That said, the Beatles original plan for the ending of “A Day in the Life” wasn’t terrible; it just wasn’t working as well as they imagined it would. In any case, on the podcast, you can hear how that original idea sounded as well as the nine takes it took to nail what would become one of the most famous moments in rock history.

It’s commonly thought that John Lennon hated the sound of his own voice. Which, if true, might give some solace to the self-doubting creators out there. However, according to Giles Martin, it wasn’t that Lennon disliked his own voice, it was more that the music he created could never reach the sounds he imagined in his head.

[John] never really was content with, you know, not the sound of his voice, but what was in his head. And I think this is why they pushed so hard for sonic perfection or interesting sounds … because their goals were so high. And so with his voice, he was one of the best singers in the world, but it was never good enough. And so he always wanted something else. He wanted some sort of change done to his voice.

What Martin points to is Lennon's great drive to execute his vision. And with such high goals, Lennon was able to, if not live up to his vision, get extremely close to it. In other words, aim as high as you can, and remember that even the great John Lennon wasn't always able to achieve his vision. Which should bring some solace to all the perfectionists out there.

3. Even greatness can be improved upon.

Think about the position that Giles Martin found himself in: contracted by the two living Beatles to remix and remaster the legendary band’s most legendary album. I don’t envy that. However, it’s possible that Giles, a very experienced producer, might have been more excited than nervous, knowing full well that recording technology has come a long way since 1967. Which is to say he knew that he was going to have the rare opportunity to improve upon a masterpiece.

In the podcast, Giles discusses some of the technology that went into remastering of the album, including the ability to make sound clearer and the ability to record more sounds at once (the Beatles recorded “Sgt. Pepper’s” on 4-track, whereas now there’s no limit to the number of tracks that can be recorded simultaneously). These technological advances are especially apparent on “For the Benefit of Mr. Kite!” (whose music and lyrics, incidentally, were inspired by a poster that John Lennon saw in a store; supposedly, on the poster were a lot of the lyrics that would make it into the song, and Lennon wanted the experience of listening to the song to mimic the experience of being at the circus or fair depicted in it).

And so a lot of the reason why people say that with this new version of the album they can hear more things is because that's what's on tape. And so, I think my dream is to make people feel as though they're close to the band in the studio. As my dad said to John Lennon, ‘I want to smell the sawdust.’ And on this particular track, we wanted to get them closer to smelling the sawdust.

And so, never be afraid of trying to improve upon something that’s already considered great, or even a masterpiece. Which is especially true now, with technology changing so rapidly that it offers new ways almost every day to improve upon even the very best work done in the past.

It's common knowledge that two heads are better than one, teams are more productive than individuals, and brainstorming sessions are more successful when there are more brains doing the storming. Or are they?