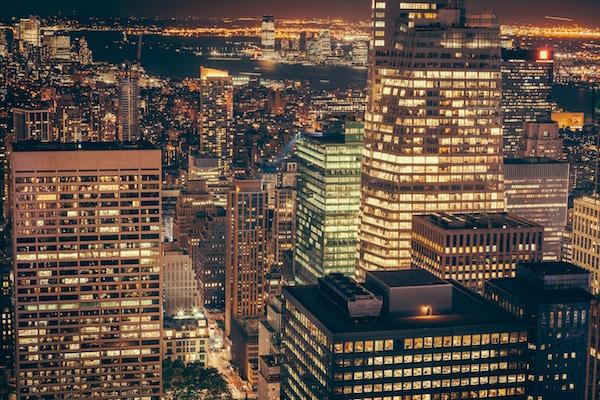 There's much to learn from Baldwin's experience working as an actor, and below are three lessons culled from the podcast that could apply to anyone at any stage of any career.

It's ironic that Baldwin, currently best known for his Donald Trump impersonation on SNL, didn't set out to become an actor but a politician. In fact, Baldwin was a political science major at George Washington University (where he ran for student body president and lost) and had plans to enter law school upon graduating from GW. However, that political/law path was derailed when some of Baldwin’s friends encouraged him to try acting, if only because he was so funny and animated and performed great impersonations of old Hollywood movie stars like James Cagney and Humphrey Bogart.

Here's Baldwin talking about his initial leap from political science to acting (perhaps not incidentally, this took place during a time in which Baldwin was nursing a broken heart after his then-girlfriend broke up with him).

And then the next thing you know, a friend of mine, who was at NYU, her roommate was in the acting program. I went to visit my friend, and her roommate said, My God, you should audition for the program just for the hell of it. And I did. And I got in, and they gave me a need-based scholarship for the whole year there …

And I move there, and I said to myself, I'll do this for a year—one year only. I'll study. And if I get any kind of encouragement that I might have a career in this, I'll do it. And if I don't, I'm out. I'll go back—I'll finish my poli-sci program and go to law school and that's that. And I did the program for a year and got out. And I got a job right away, and I never stopped working since then.

It's notable that Baldwin set a time limit for how long he'd let himself pursue this alternative career path. He didn't do away with the poli-sci path altogether, but rather gave himself the room to take a detour to see where it went, while allowing himself the space to come back to the place where he took the detour if acting proved to be a dead end. Which is not a bad tactic to take if you, too, find that an interesting and promising detour is presenting itself to you and you're trying to decide between taking it or not. Baldwin's experience serves as a good reminder that maybe it doesn't have to be one or the other; there's also a middle road of sorts to take, which might allow you to take more leaps, more detours, more risks.

2. Go with your gut, not your wallet.

Judging by the podcast, if there's one regret that Baldwin has with respect to his career, it's "chasing the money" when his career started to take off. That is, Baldwin regrets taking parts in low-quality movies simply to make a buck (well, a million bucks).

There was a spell of time there where I go and I don't do "Prelude To A Kiss" on Broadway. And I go do "The Marrying Man," because they're going to pay me a million dollars for the first time in my life. And I thought, well, that's who I am. I'm a guy that's going to star in films, and you're going to pay me a lot of money. And that's the career I want to have. And ... the movie was not a good movie. And I should have done "Prelude."

I should have followed the instincts I had up till then. Now, my instincts, if I followed them, I would have gone to Broadway. And I would not have chased the money. But I did the money instead, 'cause people talked me into that. A bunch of guys sat me down ... when I was shooting "Red October" and in so many words, they said to me, you're it. We're going to put some serious films together and get you up there in the stratosphere and up there with, you know, Mel and Kevin and blah-bidi-blah.

And I thought, all of this sounds great, except the movies suck that you want me to do. And doing "Streetcar" was an attempt to kind of jerk the wheel back in that direction and try to say, well ... this is who I am. And the creative is important to me. And I kind of was ashamed at how I had handled all of it. I felt badly.

Of course, there could be times in your career when you might have no choice but to do something that you don’t exactly feel great about in order to put a roof over your head, put food on the table, and pay down a gargantuan student loan. But it’s important to note that every decision you make in your career will likely open some doors while closing others. So choose wisely. And, if possible, if you do have the luxury of the choice, don't deny your intuition, don't deny your instinct. Chances are your instinct is a much more reliable decision maker than your wallet.

For Baldwin, a couple of the people integral to his success were his parents: his hardworking mother, who heroically raised six children; and his hardworking father, who was a schoolteacher and football coach (and ran a very tight ship in the Baldwin household). In fact, both Baldwin's mother and father were instrumental in his love for the movies. Baldwin fondly remembers bonding with his parents while watching old movies on late-night TV.

In the podcast, Baldwin speaks especially fondly of his father, who died of cancer at the age of 55 and so didn’t get to see his son become a famous television and film actor.

You know, my dad died, and he never really got a chance to see me do what I do. I was doing this daytime TV show, which was fun. And it was important because it was the beginning for me. But I just think about what I would have done to, you know, show my dad how much I loved him and cared about him too … I would have sent him around the world 10 times to enjoy himself to pay him back for what he did for me.

What's important here is to remember that few people become a huge success on their own. At some point, there is a parent, guardian, friend, sibling, spouse, mentor, or even minor acquaintance who plays a significant role in the story of every successful person's life. So, once you do make it big like Baldwin, don't forget to acknowledge those people who supported and inspired you along the way.