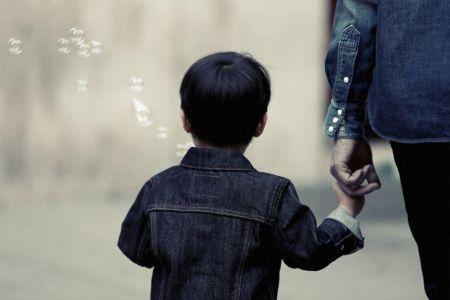 According to a recent Pew Research poll, approximately one in seven Americans—15% of the population—apparently believes that men "shouldn't be able to take paternity leave," whether paid or unpaid.

Unsurprisingly, that's been making the rounds on social media, often with accompanying concern from people who believe that the stat heralds an unwelcome rebirth of 1950s-era values.

But, while I agree that the stat does show a surprising level of support for a position that seems completely out of step with the realities of the modern world (the rise of dual-income households being the major drawback to a "Back to the Future" approach to parental leave policy), I think focusing on the 15% is the wrong move. 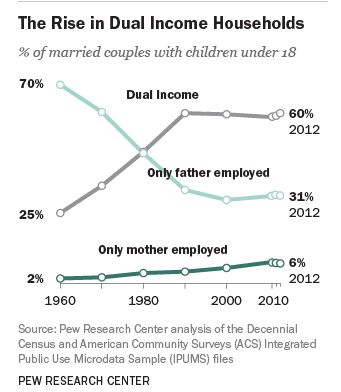 If we flip the half-full/half-empty perspective, the real takeaway is that 85% of the country believes that some sort of paternity leave is important. And 69% believes that paternity leave should be paid. That's an unimaginably high level of support for any position in a world that, recently, seems like it's destined to be split down the middle on everything. (I mean, 1 in 4 Americans don't think the earth revolves around the sun.)

And, if we dig a little deeper into the Pew report, we find the following breakdown by generation:

To put that another way: a little over a quarter of people who were in their prime child-rearing years at a time when paternity leave was all but unheard of do not believe that paternity leave is necessary. But support for the idea grows with every subsequent generation.

If you had to map out what acceptance of a change in social norms across generations would look like, it would probably be a lot like this chart, which I put together from data found in the Pew report: 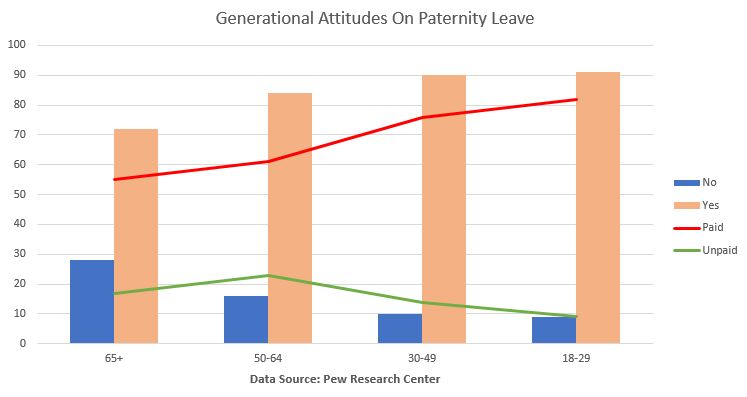 Note that, not only is the concept of paternity leave taking a firmer hold with every passing generation, support for the idea that it should be paid is increasing too.

The bottom line: if you care about closing the gender income gap, then the data in the Pew report is something you should be cheering. Motherhood remains a major driver of pay inequality. Increasing acceptance of paternity leave won't close that by itself—especially because the average amount of paternity leave cited in the Pew research is just one week.

But the generational change in attitude towards paternity leave seems to signal a corresponding shift in relation to the role of men as caregivers for children, and an increasing recognition that employers and the government have a role to play in supporting it.

In other words, if you're still worried about a return to the values of yesteryear, take another look at the chart above: that's what progress looks like.

Ask Vault: Is It Ethical to Use a Job Offer as Leverage for Another Offer?

Ask Vault is a new advice column, answering your questions on interviews, resumes, cover letters, and all aspects of your job search. If you have a question for Vault, send it to ask@vault.com.

Will the Women's Strike Have Any Effect on Workplace Rights?

With thousands of women across the country taking the day off from work on International Women's Day to stand together and join A Day Without A Woman, we wanted to share our opinions on this historic strike. So we asked a few of Vault's staff members if they thought the strike would have any effect on workplace rights, and what they thought about the strike in general.

Are Millennials Arrogant and Disrespectful?

I typically loathe generalizations. And so, I try very hard to avoid using reductive phrases and terms like baby boomers, Generation X, and millennials.