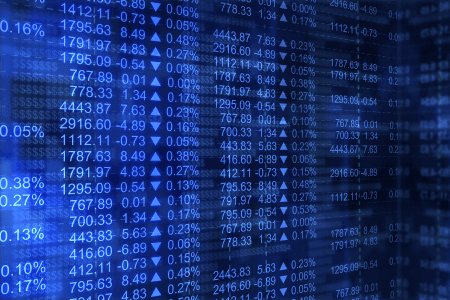 Five years ago this week, Lehman Brothers infamously filed for bankruptcy, Merrill Lynch was force-fed to Bank of America, and 80 percent of AIG was purchased by the Federal Reserve Bank of New York in exchange for $85 billion in debt in what was the largest government bailout in U.S. history. In other words, this week marks the fifth anniversary of the financial crisis of 2008.

As for the immediate effects upon Wall Streeters who managed to keep their jobs (and those coming out of undergrad or MBA programs whose job offers weren't rescinded), they saw the prestige of a position (as well as that of a career) in investment banking plummet overnight, and their salaries and bonuses come under fire and then plummet as well.

Since then, if only out of hating-fatigue, the prestige of a job on Wall Street has rebounded somewhat. Salaries and bonuses, for the most part, have rebounded as well. However, there are some firms (Morgan Stanley is one) that, to the chagrin of their employees but to the pleasure of the Pay Czar, have taken reining in banker compensation seriously, and deferred stock, in place of cash, is here to stay. (To see the 15 best-paying firms in investment banking, check out Vault's latest Banking Rankings, which were released two weeks ago).

One thing that hasn't been seen in five years is any single Wall Street banker, trader, or salesperson receiving any kind of criminal conviction for his or her part in bringing the world's economy to its knees. We have, though, seen mid-level employees, such as Fab Fab Tourre, the ex-Goldman Sachs VP, take a minor civil blow for taking part in a shady trade. But no bigwigs have taken major hits. And that's because they apparently didn't do anything wrong from a criminal-intent point of view.

Even so, the word crook (and squid) has become, in many circles, synonymous with Wall Street bank, Wall Street CEO, and sometimes Wall Street banker. What's further hurt Wall Street's PR struggles since the crisis are the ongoing misdeeds since 2008, perhaps the largest of which was the so-called London Whale scandal that cost Jamie Dimon and gang about $6 billion in losses and is expected to cost them another $920 million in fines. There was also the infamous New York Times Op-Ed by disgruntled former Goldman Sachs employee Greg Smith that exposed some of the dubious dealings that some of his colleagues allegedly engage in on a daily basis. Then there was the LIBOR-fixing scandal at Barclays that cost the entire Barclays C-suite their jobs, if not their careers. Other scandals since 2008 involved UBS, Standard Chartered, and HSBC, to name just a few. Which is to say the largest banks on the planet don't seem to have learned much from the crisis of '08 and continue to give banking a very bad name.

However, not all of Wall Street has fared poorly in the PR department in the past five years (it should be pointed out that many big global banks, after several poor quarters in '08 and '09, turned the corner and are now minting money again—which can't please the public too much, unless they bought stock in said banks at their lows). Firms doing even better since the crisis are the so-called independent advisors, including Evercore, Greenhill, Perella Weinberg, and Centerview. These firms have been getting more prestigious every year since 2008, thanks to getting their hands on some of the largest advisory deals on the Street, due in part to clients feeling more and more comfortable with receiving financial advice from smaller firms (that is, ones not embroiled in lawsuit after lawsuit). (Check out Vault's latest Banking Prestige Rankings to see just how much these firms rose in prestige this year versus last).

That said, among insiders on Wall Street, a job at Goldman Sachs is still considered to be, far and away, the most prestigious place to land in investment banking. And although the firm isn't winning many awards for its kind treatment of its insiders (check out where it stands in Vault's latest Banking Quality of Life Rankings), insiders say the firm is still filled with the best and brightest and most motivated on the Street.

Outside of Wall Street, though, a job at Goldman is not what it was five years ago. Today, more and more finance-minded young and mid-career jobseekers that dream of riches and influence (during the three hours they sleep each night), fantasize about (if they're not already doing so) working in Silicon Valley, not on Wall Street. The likes of Google, Facebook, Twitter, and others have taken the place of Goldman, Lehman, Merrill, and Morgan Stanley as the most desirable and most admired employers for the financially-minded. And MBAs (Harvard and others) are going into tech in increasing numbers and into financial services in decreasing numbers.

In any case, it seems clear that Wall Street and Wall Street careers have fallen out of favor since the subprime mortgage-backed securities hit the fan in 2008, and they have a fair amount of ground to regain if they want to be anywhere near where they were pre-financial crisis.

Also, it should be pointed out that this week marks another Wall Street-related anniversary: nearly two years ago to the day, the Occupy movement was born in Manhattan's Zuccotti Park.

Just over a handful of years ago, working on Wall Street carried nearly unmatched prestige for undergraduate and MBA students. It was widely accepted that only the best and brightest from the top schools in the country were admitted into skyscrapers housing the likes of Goldman Sachs, Morgan Stanley, Merrill Lynch, and a defunct firm formerly known as Lehman Brothers.