Which Law Grads Have the Best Shot at Reducing Debt? 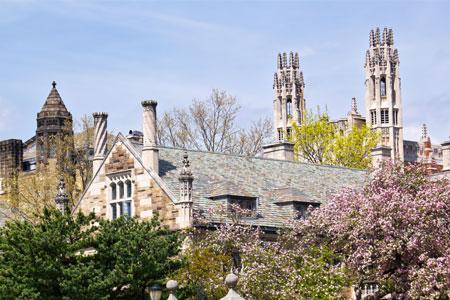 U.S. News & World Report is just overflowing with law school data these days, just as Vault will be in a couple months with the release of our law firm rankings! The latest from U.S. News is a list of law schools with the highest salary-to-debt ratios. In other words, which law grads have the best chance of reducing their loan burden? The ratios were calculated by comparing median private sector salaries of 2012 grads to average debt among 2013 grads. The schools with the top five highest ratios are:

Something to consider when choosing a law school, certainly. (See the full list here.) After all, the inflated price of law school coupled with the weak job market has led to an all-time low in law school enrollment. Of the ten schools on the above-mentioned list, three of them also made U.S. News’ list of top 10 law schools with the highest yield rate: Yale (#1, with an 80.6 percent yield rate), Brigham Young University (Clark) (#3, with a 64.1 percent yield rate) and Stanford (#6, with a 45.7 percent yield rate). See that full list here. Savvy applicants are hopefully researching debt figures associated with law schools, and weighing this factor carefully when making their decision. The good news is that none of the ten highest-yield schools appear on the list of schools ranked highest for soul-crushing debt—that would be quite an unfortunate overlap. Keep making those good decisions, prospective law student loan borrowers, by studying employment, salary and financial aid statistics of any law school you are considering!

Is Your Law School Ranked Highest for Soul Crushing Debt?

It’s no secret that here at Vault, we love a good law ranking, and we hope that our rankings help job hunters find the best firm for them by emphasizing positive traits. Taking a different approach, U.S.

Vault is excited to announce the launch of its official Instagram account VaultCareers! Follow us for career inspiration, office humor and beautiful images that will give you a quick break from the work day. Also, stay tuned for contests and giveaways.

Let’s get those hashtags started!

Who are Vault's five favorite firms this week?

How Can Female Attorneys Avoid Being an Underpaid Non-Partner Track Associate?

Earlier this month,  the National Association of Women Lawyers released its “Report of the Eight Annual NAWL National Survey on Retention and Promotion of Women in Law Firms,” a survey of 200 of the largest law firms in the United States for 2013, that mirrored the findings in Vault’s 2013 Law Firm Associate Survey. While some of the results were depressing, possible gender pay gap, barriers to promotion, the NAWL Report also highlighted some indicators that female attorneys should take note of when looking for their dream firm job.