What Does the Declining Law School Application Rate Mean for You? 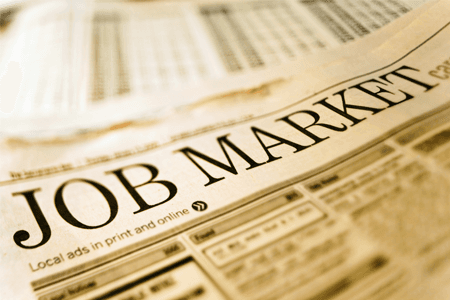 The declining law school application rate did not get any better this year, according to The National Law Journal, which reported that applications are down 37 percent since 2010. The decline between this year and last was eight percent, following double-digit declines in the prior two years. The NLJ quotes University of North Carolina School of Law professor Alfred Brophy as estimating that this year’s entering class will be at 38,000, the lowest since 1974. That’s compared to the 52,488 students who started law school in 2010.

So is now a great time to go to law school? It depends on who you ask. Jordan Weissman at Slate thinks so, in spite of adamant protest from the Above the Law team. Weissman speculates that “the total number of graduates will soon just about match the total number of long-term jobs that have been available.” He wisely begins his argument with the important disclaimer that “Most people should not attend law school. Specifically, you shouldn’t attend law school unless: a) you have an overwhelming compulsion to actually become a lawyer and b) you understand exactly what becoming a lawyer entails.” Assuming you fall into this category, you should still consider ATL’s counterargument that “there are still good reasons to go to law school, but trying to game the still out-of-whack supply and demand disparity in the market isn’t one of them.”

Gone are the days when droves of confused twenty-somethings applied to law school because they heard that “you can do anything with a law degree.” But law school continues to be an amorphous idea to many college grads as a logical next step to somewhere, and the idea that chances of getting into a better school are now higher are enticing. Don’t let those stats fool you. The only real reason to apply to law school is passion for the law, combined with a legitimate understanding of what life as an attorney is like and certainty that you want that life for yourself. And even then, a close study of employment rates—which may be moderately improving for the graduates of the most elite schools, but are still flat overall—is warranted before you join the (dwindling number) of LSAT-takers.

The Cold Truth about the Bar Exam

It’s the final countdown—the bar exam is one week away. Despite reassurances from your mom that you’re “definitely going to pass,” the truth is…you might not.

How to Speed Up Student Loan Repayment in Three Easy Steps

A recent New America study showed that the average law student leaves school with more than $140,000 in loans, the second highest debt burden behind medical degrees.

Today, Vault released its Law Firm Diversity Rankings for 2015 with a brand new No. 1 firm for Best Overall Diversity and new firms landing atop each individual diversity category.

Well, we’re here. The bar exam classes have ended, and you now have two weeks to insert the laws of an entire state into your tired, tired brain.