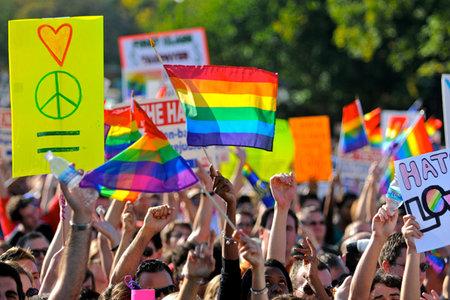 The country’s largest and most prestigious firms can be found on all sides of lawsuits dealing with controversial issues. More often than not, they are thought of as forever representing “the bad guys” when they are stuck in a jam (tobacco companies and pharma companies fending off products liability claims, corrupt CEOs and government officials, the big banks fighting accusations of causing the Great Recession, you name it). On the flip side, there are the volumes of social and political issues on the other side of the spectrum—let’s call it, representing the little guys—that large law firms  take up each year, usually on a pro bono basis. These clients are not always popular, either (for example, suspected terrorists held at Guanatamo Bay). In fact, as Adam Liptak of the NY Times reports, “Representing unpopular clients has a long and proud tradition in American justice, one that experts in legal ethics say is central to the adversarial system.” But there is one argument that elite firms today are not willing to make, and that is the case against gay marriage.

The briefs urging the Supreme Court to legalize same-sex marriage are full of signatures from attorneys at the nation’s top firms. Not so with the other side of the pile (which, the Times reports, is just as high). When lawyers at top firms such as King & Spalding and Warner Norcross & Judd have taken up this side of the debate, their firms have refused to stand behind them.

Legal experts interviewed by the Times say elite law firms’ refusal to defend traditional marriage “result[s] from a conviction among many lawyers that opposition to such unions is bigotry akin to racism,” but also results from a fear of negative publicity and lost business. It’s an interesting litmus test for a civil rights issue—what side of an argument is so unpopular and so polarizing that virtually no one in BigLaw will stand behind it?

It will be a close opinion at the highest level, as well. The Supreme Court hears arguments in the marriage cases on April 28.

Which Law Firm Has the Most Alums at Apple?

According to an analysis conducted by The Recorder, Morrison & Foerster appears to be somewhat of a feeder firm to one of the hottest in-house gigs in town—Apple Inc. ’s legal department.

Will the Scarcity of Lethal Injection Drugs Lead to More Executions by Firing Squads?

Controversy surrounding the death penalty has intensified following Utah’s recent enactment of legislation that would allow convicted capital offenders to be executed by firing squad if lethal injection drugs are unavailable. The bill’s sponsor, Republican Paul Ray, claimed that a firing squad was “probably the most humane way to kill somebody.