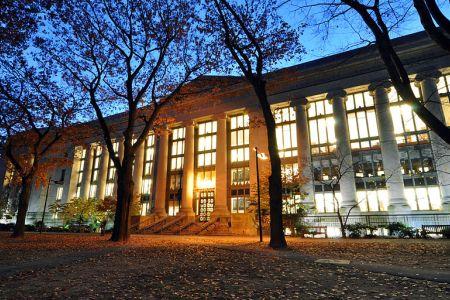 Harvard Law School is reportedly considering changing its official shield, as a result of a long campaign that ties imagery on the shield to the slave trade.

According to NPR, the dean of Harvard Law recently called for the shield to be replaced, "because it contains the crest of Isaac Royall, a slave owner whose endowment of land helped establish the school."

New York Magazine provides some more detail on Isaac Royall, noting that he "co-owned a slave ship and helped brutally suppress a slave revolt" with actions that included burning 77 slaves at the stake. 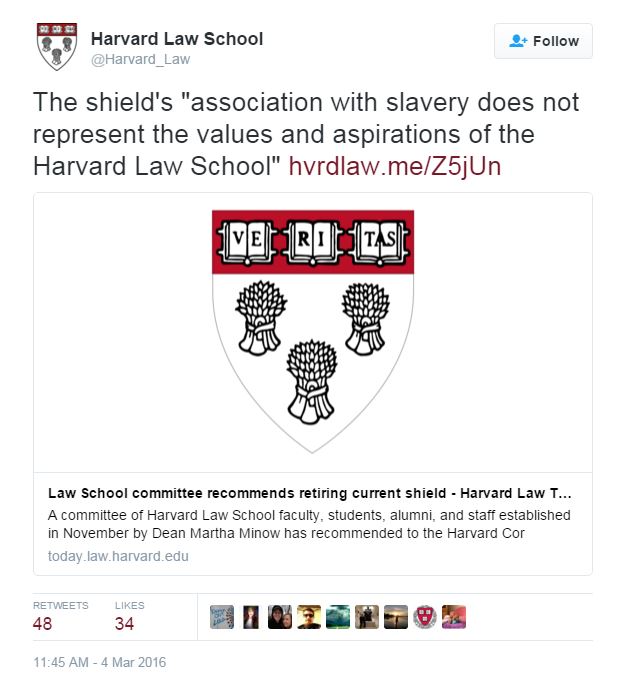 With that in mind, the Law School's recommendation to retire the current shield seems like a straightforward decision—especially because student-led protests on the issue have been ongoing for months.

However, as an article in the Washington Post points out, not everyone wants the shield replaced: "[M]any continued to argue against changing traditions, some because they saw it as empty political correctness, others because they worried it would amount to erasing history."

One member of the latter camp can be found on the Harvard Law committee itself, in the person of historian Annette Gordon-Reed. Here's her take on the situation, as cited in an article in Vox:

"'For many, there is great discomfort — disgust even — at the thought of looking at the Harvard shield and having to think of slavery,' Gordon-Reed wrote. 'Of course, I think differently about this: people should have [to] think about slavery when they think of the Harvard shield; but, from now on, with a narrative that emphasizes the enslaved, not the Royall family.'"

That idea is similar in scope to a recent decision taken at Oxford University where students had protested over a statue of Cecil Rhodes, calling it "an emblem of imperialism and racism." Electing not to remove the statue, University officials instead "decided to keep the statue, but would add 'a clear historical context to explain why it is there.'" (via Mashable).

Of course, there is a substantial difference between a statue on a college campus and a shield that appears on almost every piece of documentation associated with the school—from its website to the letters welcoming incoming students. In pure branding terms, the shield serves as Harvard Law School's logo, which makes it much more problematic than the statue, where context can be added with a plaque.

The decision to change the logo currently rests with the Harvard Corporation and, on balance, it would be a major surprise if it decides against a change. It's hard to imagine anything but negative outcomes if the school chooses to pursue any other course of action at this point--in addition to the furore that it would cause among the student body and in the wider media, the fact that the calls for change have been endorsed by the law school's dean tips the scales even further in favor of removing the symbol.

As for a timeline, it seem that 2017 presents a perfect opportunity: the year will mark the school's bicentennial anniversary. What better time to reflect on how far you've come as an institution, while setting a course for an ever more inclusive future?

Gibson, Dunn & Crutcher associate Saee Muzumdar caught up with corporate partners Barbara Becker, who heads the firm’s M&A group, and Rashida La Lande, NY hiring partner, for a discussion about why they chose to be corporate lawyers and some of the benefits of transactional work.