Is the Legal Profession Suffering from Brain Drain? 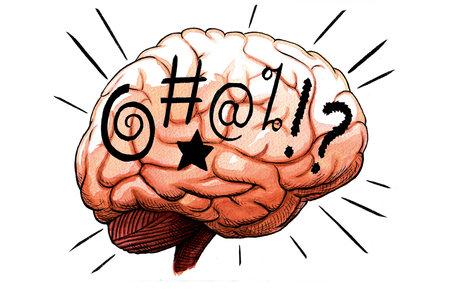 According to the results of the latest bar exam, it is. The National Conference of Bar Examiners announced that scores from the July 2014 multistate test were down significantly from where they were a year prior. In an attempt to explain this drop, the NCBE released a memo written by its president, Erica Moeser, addressed to law school deans across the country. The memo stated that “the drop in scores that we saw this past July has been a matter of concern to us, as no doubt it has been to many of you,” and went on to say that the cause of the drop was not due to any error in the design or scoring of the test:

“While we always take quality control of MBE scoring very seriously, we redoubled our efforts to satisfy ourselves that no error occurred in scoring the examination or in equating the test with its predecessors. The results are correct. . . All point to the fact that the group that sat in July 2014 was less able than the group that sat in July 2013.”

LESS ABLE?! Major insult to the law school class of 2014. Brooklyn Law School dean and president Nicholas Allard would not take this for an answer, and wrote a scathing letter to Moeser earlier this week. The letter called out the NCBE for its vague explanation of the score decline, lack of evidence for the same and lack of transparency in the steps it took to reach its conclusion that essentially, law students are getting dumber. Allard went on to defend the honor of the class of 2014 and stated, in sum, “It’s not the students, it’s the test.” (Read the full letter here and Moeser’s memo here, courtesy of the WSJ Law Blog.)

OK, so maybe the NCBE has it wrong, but what about the fact that top schools are now fighting for transfer students? They have always competed fiercely for 1L candidates, but the transfer market is a different story. Until now. According to The Washington Post, the highest ranked Washington, DC schools have been increasing their numbers of transfer students in the past three years. The Post reports that at Georgetown Law, “transfers-in rose more than 75 percent in just two years, growing from 71 in the 2010-2011 academic year to 85 the following year, to 122 during the 2012-2013 year.” And George Washington accepted 93 transfers in the 2012-2013 academic year, up 50% from the prior year.

Considering the overall drop in law school enrollment nationwide it makes sense that top-tier law schools have more room for transfer students. According to a dean interviewed by the Post, students who would not have been admitted to these schools in the past now have a shot. If top law schools are lowering the bar for transfer students in order to fill empty seats, it follows that the number of students with tip-top credentials is also shrinking at these institutions.

All of this information reconciles with what top firms told us about this past recruiting season—that the insane summer/fall scramble to fill summer associate ranks with elite students was more cutthroat than ever. Wait—firms are competing for students? I thought it was the other way around in this job market. Regardless of whether or not the law school class of 2014 is “less able,” as the bar examiners would have us believe, there is certainly a smaller pool of the most in-demand candidates. So if you’re one of them, you should be optimistic as you start to ponder your future employment prospects. And if you’re a current student itching to trade up, there’s no time like the present!

1Ls -- We Need to Talk About Your Grades

Hey 1Ls, totally no pressure or anything, but it's November. Have you started outlining yet?

Will Law Firms Increase Salaries in 2015?

Earlier this month NALP released the results of its 2014 Associate Salary Survey which, to nobody’s surprise whatsoever, showed that BigLaw associate starting salaries are not going up anytime soon. In fact, associates starting at large firms in 2014 are less likely to be making $160,000 than associates in the class of 2013.

Are the New Options Available for Student Loan Refinancing Right for You?