How Satisfied Are BigLaw Associates?

When I worked in BigLaw, it seemed no associates were truly happy. It's a stressful job, with long hours, demanding bosses, and an employment model that requires most associates to leave the firm before ever having the chance to make partner. But when we asked BigLaw associates in Vault's 2016 Associate Survey how satisfied they were with their jobs, they were a pretty happy bunch. On a scale of 1-10 (completely unsatisfied to completely satisfied), the average score was an 8.08. But this score doesn't show the whole picture. So we broke satisfaction down by year, gender, and city to see which BigLaw associates are the most satisfied. 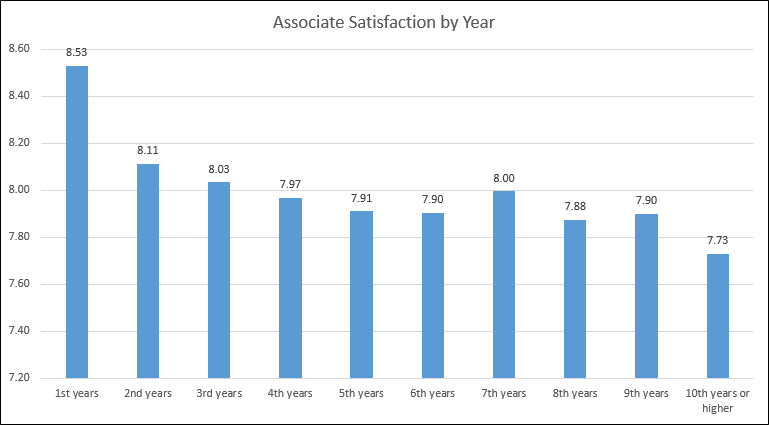 While it's not a perfect downward slope, satisfaction falls as associates move up through the ranks with only two slight upticks for seventh and ninth years. Overall, the longer associates are in BigLaw, the less satisfied they are. 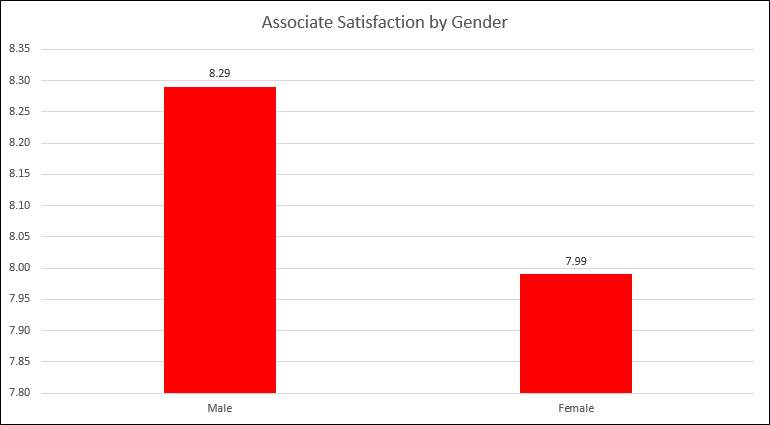 This graph is telling; male associates are significantly more satisfied in BigLaw than are female associates. There could be a lot of factors that explain this, including maternal leave policies, sexism in the workplace, and the diminished partnership prospects for female associates. 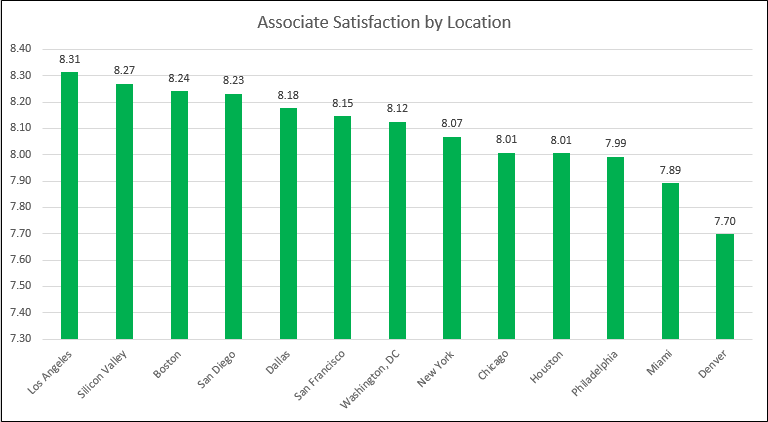 Finally, we see that LA, Silicon Valley, and Boston associates are the happiest in country, while Miami and (especially) Denver lag behind. New York and DC—the two largest legal markets—are in the middle of the pack.

Working as an associate in a BigLaw firm is the brass ring for many law school students. If that’s your goal, it may seem logical to go to the highest ranked law school that accepts you.

Questions to Ask in A Law Firm Interview

Perhaps the most dreaded question in any job interview is the one that turns the tables, "Do you have any questions for me? " While it is a time to learn more about the firm to help you make a more informed decision, it is simultaneously an opportunity to set yourself apart by asking insightful questions of your interviewer.

5 Tough Interview Questions And How Law Students Should Answer Them

"Why should we hire you? " "How are you doing academically?

Vault’s 2017 Quality of Life rankings are here, and there’s a new Best Law Firm to Work For. O’Melveny & Myers tops the overall quality of life ranking, knocking previous champ Paul Hastings from the No.