How Lawyers Can Learn From Failure 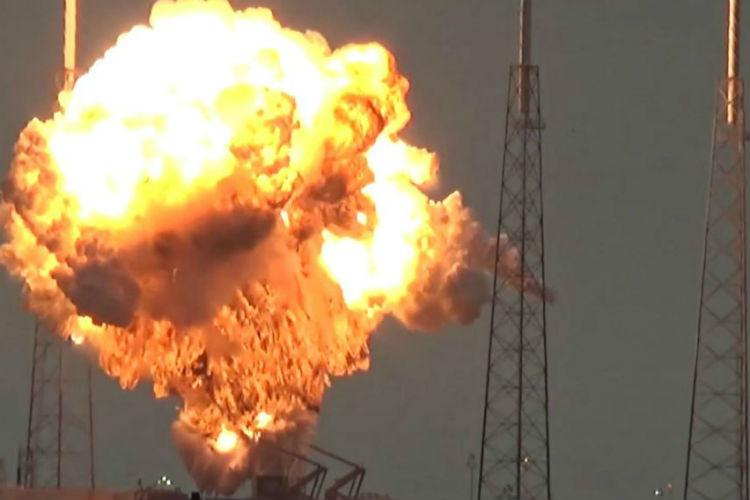 Before SpaceX’s successful launch of its giant Falcon Heavy rocket last week, quirky billionaire and company CEO Elon Musk told reporters, “there is a good chance this monster rocket blows up.” It didn’t, but many of SpaceX’s previous rocket launches had failed. The fact that Musk acknowledge the possibility of a catastrophic failure fits with his ethos, and that of many successful Silicon Valley entrepreneurs—that failure is a integral part of success. “Failure is an option here. If you’re not failing, you’re not innovating enough.” Elon even releases popular YouTube videos of all of SpaceX rocket failures to underline that success is not a straight, unbroken path.

Those in the risk adverse legal profession may not be as willing to talk about failure as the startup world, but that doesn’t mean lawyers shouldn’t be looking at failure through a similar lens. There is a reason employers ask the dreaded interview question: “tell me about a time you failed.” Everyone will fail, but those who learn from it are more likely to not make the same errors and more likely to succeed later.

When I’m asked about failure in my career, I have an easy answer. Just over a year after graduating from law school, I was laid off from my job as a junior associate at a BigLaw firm. It was crushing, and left a big gap in my resume; it took more than a year for me to find another permanent attorney position. In between I did some traveling (and soul searching). I downsized my expenses, swallowed my pride and did more than six months of contract doc review work. And when the opportunity arose to be a staff attorney at another BigLaw firm, I worked so hard and diligently that after a year I was hired to be a litigation associate. Two and a half years after I was laid off, I had clawed my way back to where I was in the first place.

Now this all happened during the global financial crisis a decade ago. I could easily have just blamed the economy and bad luck for being out of a job. And I sometimes did just that. But with some time to reflect, I took the failure on myself and thought about what I had done to lose that job. After all, my department only laid off two attorneys, and I was one of them. When I reflected a bit, I realized there were a lot of little failures. I failed to do proper due diligence on the firm, because I really wasn’t a great fit for the firm and its client base in the first place. I had failed to really connect with any of the partners at the firm who could have had my back when the firm was deciding who to let go. I took my job for granted, and didn’t really hustle to find more billable work when I was in a lull. All of these failures on my part made me an obvious candidate when the firm’s fortunes turned and they were looking to let someone go. Knowing these things, I was not likely to commit the same mistakes at my next firm.

More successful lawyers than I have had similar learning experiences in their careers. Supreme Court Justice Sonia Sotomayor spent her 2L summer at Paul, Weiss but was “no offered” by the firm at the end of her summer. In her autobiography My Beloved World, Justice Sotomayor wrote:

The sense of failure was confirmed when I concluded my stint as a summer associate without receiving a job offer. … There were some around me encouraging me to view the rejection as an expression of bias or personal animus, but I had seen no evidence of that, while my sense of having underperformed seemed to me well enough substantiated. For this pain of failure—the first real failure since having enrolled in law school—I had only myself to blame, and knowing that, I was profoundly shaken. The way forward was daunting if obvious. I needed to figure out what I was doing wrong and fix it. At the very least I had to learn this area of law, and so I signed up for Professor Ralph Winter’s class on antitrust as well as one called Commercial Transactions. The trickier part would be mastering the skill that was at the heart of being a lawyer, my deficiency in which had been exposed: how to write a brief, not as some classroom exercise aspiring to an objective analysis of the case law, but as a piece of persuasive advocacy, advancing the interests of my client. In both kinds of remedial efforts, I would do what I’d always done: break the challenge down into smaller challenges, which I could get on with in my methodical fashion. And certainly I would need to prove myself at another kind of work in the legal profession before I could even consider joining a large commercial firm. In the meantime, the unfamiliar taste of utter failure from that summer would stay in my mouth. The memory of this trauma, which I was determined not to repeat, while not suffocating my ambitions, would overhang my every career choice until I became a judge.

Like me, Justice Sotomayor failed at her first stint at a commercial law firm, and she looked inward at the things she had done to cause that failure so she would not make those mistakes again. Sotomayor got a job in the Manhattan DA’s office out of law school, then moved into private practice at a Manhattan boutique, before joining the bench and eventually the Supreme Court (obviously she’s done more to turn her failure into success than I have).

All successful people have this in common: they have failed in the past and learned from it. While your failures may not be as obvious and as glaring as a having a rocket blow up, getting canned from your first real job, or getting no-offered as a summer associate, you should still reflect on those failures and make sure you have learned from them. Failing at something will not keep you from success as an attorney, but failing to learn from those failures definitely can.

It’s law firm recruiting season again, law students are furiously googling to try to figure out what questions they’ll be peppered with at OCI or on their callbacks. Google no more, law students, we at Vault have got your answer.

President Trump has hired a team of outside counsel in the last few months to represent him in connection with Robert Mueller’s special counsel investigation into allegations that the Trump campaign colluded with Russia to influence the 2016 Presidential election. Lawyers can learn a few lessons from the attorneys’ actions—both good and bad—to help them in their own legal careers.

How to Choose the Right Firm for You