Five Takeaways for Every Attorney from Supreme Court Pros 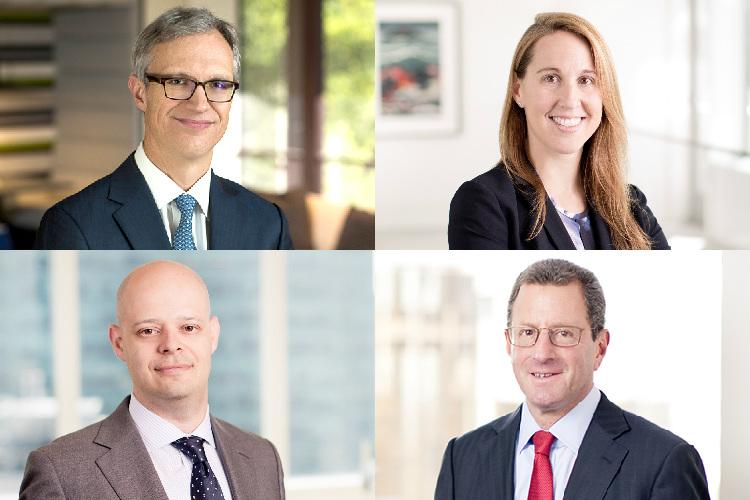 The US Supreme Court may be the Everest of the legal world, but those who’ve breathed that rarified air will be the first to say that the experience holds invaluable lessons for any practitioner. While the High Court agrees to hear only a fraction of the thousands of cases submitted for review every year, O’Melveny lawyers argue there almost every term. Here, four of O’Melveny’s SCOTUS veterans—Seth Aronson, Jeff Fisher, Anton Metlitsky, and Deanna Rice—share their top five takeaways.

Step away from the computer

One of the nation’s leading Supreme Court practitioners and scholars, special counsel Jeff Fisher has argued 35 cases before the Court. The experience has taught him to value what he describes as “plain old thinking.” After all, “when you argue at a court where almost all of the questions are open and precedent counts for very little, you get in the habit of persuading from first principles—that is, going beyond gathering up case law that supports your position and explaining why your position makes sense.” And those are answers, he says, that can’t be found in a book or a spin through Google. “I think that’s a lesson that also carries over to many other litigation contexts,” observes Fisher, “where commonsense, administrability, and fair outcomes count for a lot, too.”

Over his 30 years of practice, partner Seth Aronson rarely used a moot court to prep for trial. But he didn’t take any chances when it came to arguing China Agritech, Inc. v. Resh et al. With important ramifications for class-action defendants, it was one of the most closely watched Supreme Court cases of 2018. In the months before the trial, Aronson and his team participated in no fewer than four moot courts, an exercise he considers to have been key to winning the case. “By the time we got to the Supreme Court, there was not a question that had not come up,” he says. “That made me very comfortable in the courtroom.” He also spent one morning the week before his argument observing the Court in action, noting details like the position of the lectern and water glasses. He even streamed audio recordings of cases in his car and at the gym, which not only gave him a feel for what the Justices might ask but also “the cadence of their questioning.” The oft-divided Court rewarded him with a 9-0 victory.

Do what you enjoy

When a colleague offered counsel Deanna Rice a spot on a pro bono matter representing one of several young defendants who had been trying to vacate a murder conviction for more than 30 years, she jumped at the chance. The cases, Turner v. United States and Overton v. United States, hinged on whether prosecutors violated their constitutional rights by concealing evidence that would have cast significant doubt on the defendants’ guilt. “I thought it sounded like just the sort of thing that was right up my alley,” says Rice, who had long nurtured an interest in criminal defense. Still, as a fifth-year associate at the time, she would never have guessed where the case would take her. After all, she notes, the fact-intensive matter “didn’t have any of the traditional signs you’d look for to say, ‘That’s a case on its way to the Supreme Court.’” She continues: “To me, it’s a really great example of you never know where things are going to lead when you take on a matter. But if people are focused on what they’re really passionate about—what’s going to make them excited to really dig into a matter, figure out the arguments, figure out the way to make their case—those are really rewarding experiences and sometimes they go in a really unexpected direction.”

Don’t fight your nerves—use them

A former clerk to Chief Justice John Roberts, partner Anton Metlitsky was no stranger to the Supreme Court. But when he was tapped by the Court to argue an “orphaned” position in Lucia v. Securities and Exchange Commission, a major debate over the status of administrative law judges at the SEC, Metlitsky felt the full weight of the task. In other words, he was just as anxious as any other lawyer would be. “You’re going to be extremely nervous,” he says. “I don’t think there’s any way to avoid that.” The trick: to channel that energy into doing everything you can to ready yourself. Metlitsky found a perfect outlet for his jitters in practicing his oral arguments aloud whenever he could, no matter whether he was in his office or on his way to the subway. While he might have raised some eyebrows with his animated one-way conversations, he found the method so effective, he’s made it a regular part of his appellate practice.

Find motivation in a loss

“It’s always disappointing not to have a win for your client when you think they deserve one,” says Rice, who ultimately could not convince the Court to overturn her client’s conviction. Add to that the harsh glare of publicity surrounding the High Court, and a loss can become that much more crushing. But, Rice says, losing her Supreme Court case had a motivating effect, spurring her to “keep pushing and taking on new matters.” In fact, shortly after the Court ruled against her client in Overton, she served as co-counsel on another case before the Court—and won.


This is a sponsored blog post from O'Melveny. You can find O'Melveny's Vault profile here.

How to Improve Your Legal Writing with One Change

As O’Melveny’s in-house editor—a role that involves everything from wordsmithing and flyspecking to training and mentoring—I’m often asked to name one thing attorneys can do to improve their written work. If it were that easy, I’d be out of a job.

Many law firms recently welcomed their new class of associates and are focused on preparing them for their first year. New associates across the country are meeting their mentors and paired associates, sitting down for extensive orientation and training sessions, and taking advantage of an abundance of resources their firms look to provide to help them navigate the unknown.