Does Money Buy Happiness in BigLaw? 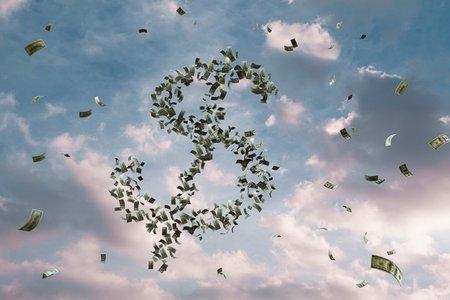 Things are looking up for the future of associate compensation following the 2014 bonus announcements, which started with Simpson Thacher raising the bar from past years and continued with most big firms following suit. (Or in the case of Davis Polk, upping Simpson’s ante and setting the bar even higher). This is good news in the sense that associates can really feel rewarded for putting in 2000+ billables per year. For the first time since the recession many attorneys can make major dents in their student debt with one year’s payout. But how does higher pay impact associate satisfaction? If you make more money, are you more likely to report overall job satisfaction?

These differences between junior, mid-level and senior attorneys suggest that in the earlier years, a higher level of happiness with pay will likely contribute to overall job satisfaction. But in the fourth, fifth and sixth years, the feeling of being well-compensated is less likely to steer associates towards fulfillment on a larger scale. It’s the old “money doesn’t buy happiness” adage; sure, the increased cash flow is nice, especially when you’ve been living on a student budget for three years of law school. It’s the BigLaw honeymoon phase. But there are only so many 2,000+ hour years a person can take before they start to realize that no amount of money can make you like a job that otherwise sucks the life out of you.

But what about the increase in overall satisfaction among senior associates, who at this point are feeling less well-compensated than ever? At least they are happier. They are likely more confident in their capabilities and performing more interesting, high-level work. And let’s get real—anyone who lasts at a firm that long has to have a certain level of tolerance… at that point, many of those who were disgruntled as mid-levels have moved on to other places. So we end up with a smaller pool of "survival of the fittest" senior associates who are generally satisfied with where they are in their careers, but who are becoming increasingly dissatisfied with their pay. With senior associates at many firms raking in $100,000 with this year’s new market bonus rate, I expect this data to look a lot different after the results of Vault’s 2015 Associate Survey are in.

Love and Lust in Lawyerland

The highly anticipated results of Vault’s Office Romance Survey are in, and as Vault’s Law Editor, I couldn’t wait to see what our friends in the legal profession had to say about workplace relationships. Because lawyers are SO scandalous and unpredictable.

The Ultimate Alternative Career for Lawyers

While it may no longer be true that you can do anything with a law a degree, one job that still does appear to be J.D. preferred is President of the United States of America.

Interested in starting your career at a large law firm, but want to size up its commitment to pro bono work? Want to read about the role of BigLaw in litigating landmark civil rights cases at the Supreme Court?

Following “the blizzard that wasn’t,” slushy streets and ice cold temperatures have New Yorkers dreaming of more pleasant climates this week. Ever think of packing your bags for good and taking your legal career somewhere warmer… say, Texas? Check out Vault’s Best Law Firms in Texas, as determined by attorneys practicing in the Lone Star state who participated in our annual Law Firm Associate survey.