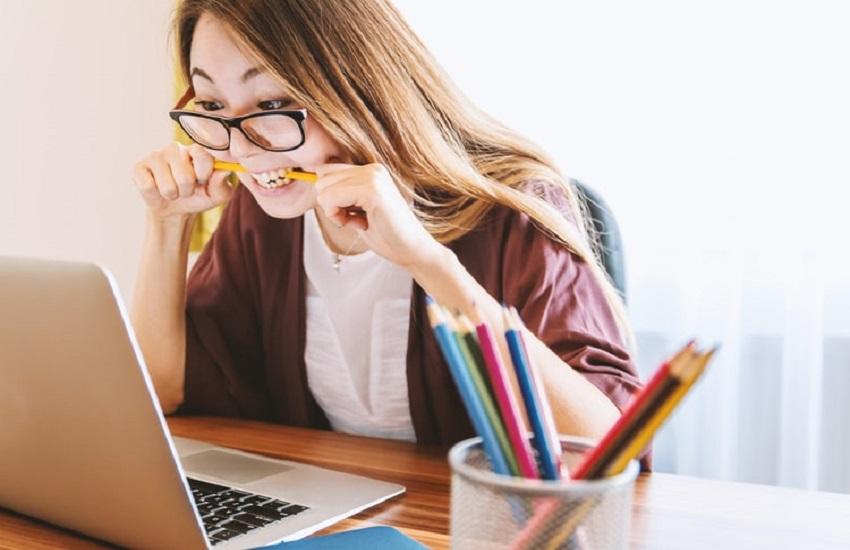 “Quiet quitting” is the latest buzzword, so of course we would be remiss if we didn’t address the concept in a blog post. After all, Vault Law is nothing if not trendy. But we don’t want to talk about it just for the sake of talking about it—we think it’s important to explore what “quiet quitting” really means, and what lawyers can constructively take from the concept.

A brief recap of where “quiet quitting” originated

There have already been so many articles and blog posts about quiet quitting that we don’t need to dwell overly much on where the concept originated. In a nutshell, a Gen Z engineer named Zaid Khan posted a TikTok in which he said: “I recently learned about this term called ‘quiet quitting’ where you’re not outright quitting your job, but you’re quitting the idea of going above and beyond.”

The rest, as they say, is history.

There is debate over what quiet quitting really means

Addressing as it does the major issue of worker burnout, quiet quitting is a really important phenomenon to unpack. Unfortunately, thanks to the lightning speed of social media and internet news, quiet quitting has blasted into the stratosphere without a fully agreed-upon definition. And that’s problematic, because it’s hard to have a constructive dialogue when we’re not on the same page.

The fundamental disagreement seems to be over whether quiet quitting is negative or positive, and probably stems from the fact that the term itself is a misnomer. Some argue that quiet quitters are choosing to do the bare minimum at work, coasting by, leaving others to bear the brunt of the work, and seeing how long they can get away with it while still getting paid—in other words, slacking off, or, well, quitting.

In the other camp are those, like this writer, who believe quiet quitting represents a healthy pushback to our burnout-prone culture of obsessive overwork. By this standard, quiet quitting is actually just a buzzy new way of encouraging us to do something that we already know we should: set boundaries.

Why we all struggle to set boundaries at work

To be clear, it’s obviously not JUST lawyers who struggle to set appropriate boundaries at work. Overwork is pervasive in just about every profession, it’s deeply ingrained in our culture overall,  and it’s hard to blame it on just one root cause—in part because the reason we overwork has shifted and evolved over the years. That said, it’s important to reflect on these causes in order to free ourselves from pressure. After all, it’s very hard to treat an illness until you have a diagnosis. So, where does our obsession with work come from?

This is a blog post, not an academic paper, but it’s still helpful to touch on a few key cultural tides that have led us to this point. Interestingly, at various points in time our orientation has shifted from intrinsic motivation (doing something because it is inherently satisfying) to extrinsic motivation (doing something for external rewards)—and then some combination of both.

That’s a vast oversimplification of the origins of overwork culture, but it’s enough to illustrate that we’re being heavily influenced by some really powerful forces. We believe we must work hard because a) laziness = moral destitution; b) hard work = more money = having nice things; and/or c) hard work = a sign of drive and passion. Putting aside the Protestants, the takeaway is that we’ve been conditioned to believe that our ultimate goal should be “success,” and regardless of whether success looks like a Ferrari or a tech company, hard work is the only way to get there.

Work product? Who cares? Thanks to the billable hour model, we can see and track exactly how much time we spend working—in six-minute increments—regardless of our concrete accomplishments.

The billable hour wasn’t always a problem; when it was first introduced, it was more about helping people keep track of which clients to bill for any given amount of time spent working. Of course, law firms quickly realized that billables could also be used to measure employee productivity, which again, wasn't a problem…until the number of required billables began to creep up (which happened in the 1980’s, #thanksgordongekko) as partners sought to maximize profits per partner.

Keep in mind all those contributing factors to overwork: as partners push for longer hours (which, to be fair, many of them are also working), associates have been similarly susceptible to overwork culture, many of them pushing themselves to work more for any or all of the reasons above. When you can see exactly how you’re spending every 0.1 hours of your time, it’s very easy to fixate on working just a little bit more.

This is what they call a vicious cycle. Even if associates wanted to set boundaries—which many of them can’t even fathom—partners have various incentives not to permit those boundaries, because those partners are similarly indoctrinated into overwork culture.

The solution has to come from all sides, folks. Here’s what a boundary-respectful law firm work environment could look like:

You might be working hard for both intrinsic and extrinsic reasons, but let’s be honest, those of you who demand insane billables from associates have solely extrinsic motivations. You want higher profits. Without arguing about whether that’s a good thing, look at it this way: Demanding fewer billables from talented associates is actually a far more efficient, sustainable, and humane strategy for extracting the same profit.

Burning out talented associates is straight up inefficient. You invest major time and resources into training them, teaching them exactly how you like things done, and building relationships between them and your clients—and then they quit, and you have to pour more time and resources into new associates with the gamble that they may not be as good.

But wait, you might say—if we keep all these associates on board, then they’ll want to become partners, and then that dilutes our profits. Well, maybe some of them will become partners, but plenty of them might be very happy with counsel roles, or part-time tracks, or going in-house to one of your clients. Then, instead of lots of bitter, burned-out former colleagues, you’ll hang on to a roster of outstanding attorneys who can support your practice.

Plus, you’ll probably get much better work product out of happier, less exhausted associates. Don’t you want that?

Oh, and one more thing: don’t project your past experiences on associates. Just because you were severely overworked by a partner when you were a second-year associate, doesn’t mean that’s the way it has to be. Break the cycle.

Until (if) partners see the merits of lowering billable hours expectations, you’re understandably not in a position to get significantly better schedules, but that doesn’t mean you can’t take a number of steps to improve your quality of life, and work.

The most important thing is to do good work. Good work makes partners happy, because it makes clients happy. Happy people are far more likely to be flexible and forgiving of billing fewer hours. If your work is excellent, you might find that you actually can reclaim some of your time, within reason.

Communication is also key. If you’re completely under water and the quality of your work is suffering, you need to say that to the partners. Make it clear that you care about doing good work, and you want to be in a position to do it, but you simply can’t when you’re asked to put in so many hours.

Let go of the fear that setting some personal boundaries will get you in trouble. Most partners are more understanding than associates realize; if Thursday is your mother’s birthday and you want to take her out to dinner, tell the partners that—but with enough advance notice to demonstrate that you respect the demands of the job. If you need to leave the office on certain days by 5:00 to have dinner with your children, communicate to partners that you’ll still get the work done while also prioritizing your family.

Finally, be flexible and avoid catastrophic thinking. Sometimes you’ll try to set a boundary and it just isn’t possible. If you’re a key member of a team and a deal has to close on Thursday, you might need to take your mother to dinner on another night. That doesn’t mean that other boundaries won’t be respected, so you shouldn’t interpret this as a reason to succumb to the grind.

If we all work together, we can establish a work environment in which quality work and happier people co-exist, and no one needs to quietly quit just to survive. Doesn’t that sound nice?

Is ‘Quiet Quitting’ the Right Solution for Burnout?

Quiet quitting is a new term that’s taking social media by storm. What the term refers to isn’t workers actually quitting their jobs but quitting going above and beyond in their current roles.

This past year, so many employees experienced workplace burnout. Many people were overworked and felt Zoom fatigue, and many also suffered from the lack of time management skills—and put off work until the last moment.

What Is Burnout? Recognizing the Signs & Finding Solutions

There was quite a bit of buzz recently when the World Health Organization recognized "burnout" as a legitimate medical diagnosis. This didn't come as news to many of us who have felt burnt out at some point during our professional or academic careers.

This week, the World Health Organization announced that it had changed its definition of “burnout,” now classifying it as a “syndrome” connected with “chronic workplace stress that has not been successfully managed. ”

As a leadership coach and corporate trainer, I see first-hand the effects of burnout on employees and organizations.