Can This Initiative Make Your Student Loan Debt Disappear? 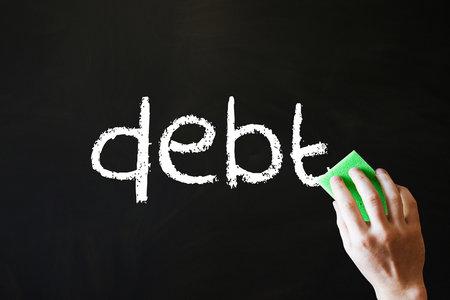 Ever heard of Strike Debt? No? Well, if you have privately financed student loan debt, you should pay attention.  It turns out that Occupy Wall Street is still around, and the activist movement is trying to occupy your bank account, in a good way. Occupy Wall Street's offshoot, Strike Debt, has recently eliminated $3.8 million of student loan debt.

Strike Debt focused on loans taken out by students who enrolled at Everest College, a for-profit educational institution in the Corinthian Colleges network. Corinthian Colleges is one of the United States’ largest for-profit education companies and announced plans to sell or close all of its 107 campuses. The company has also been the target of several federal investigations and is now facing a lawsuit from the Consumer Financial Protection Bureau over allegations of predatory lending practices.

Before those burdened by the $1.2 trillion of federal student loans start fantasizing about all the extra cash that they’ll have once Strike Debt pays off their loans, it is important to note that Strike Debt, or any other debt collector or debt forgiver, cannot purchase loans backed by the federal government. Additionally, Strike  Debt cannot target specific individuals for debt elimination as anonymous accounts are bundled together and sold--Strike Debt really has no way of knowing the identity of the individuals’ whose debt is being bought.  Fortunately, for those lucky enough to have debt abolished by Strike Debt, the payment may be considered a tax-free gift, and the student loan debtor will not have to pay taxes on it.

For many struggling with student loan debt, it is unlikely that their loans even qualify for Strike Debt’s initiative because their loans are federally backed, and for those that do have privately financed loans, the chances that Strike Debt will reach them are slimmer than the stack of cash leftover after paying student loans every month. Although Strike Debt barely scratched the surface of this country’s total student loan debt, it is refreshing to see an initiative such as this have a real impact on almost 3,000 people. And, just throwing this out there, if there are any student loan elimination initiatives that do target individuals with federally-backed student loans, you know where to find me!

Which Law Grads Have the Best Shot at Reducing Debt?

U.S. News & World Report is just overflowing with law school data these days, just as Vault will be in a couple months with the release of our law firm rankings! The latest from U.S.

Is Your Law School Ranked Highest for Soul Crushing Debt?

It’s no secret that here at Vault, we love a good law ranking, and we hope that our rankings help job hunters find the best firm for them by emphasizing positive traits. Taking a different approach, U.S.

The cost of a college or graduate school education just keeps going up. So much so that the average college student graduates with over $20,000 in student loans and many business, law and med school grads end up carrying around $100,000 or more of student loan debt.