A Legal Reporter on Covering the Law 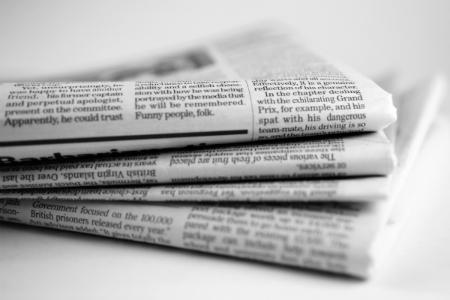 Blake Edwards is a self-proclaimed "recovering lawyer covering law"—a legal journalist for Bloomberg BNA who was previously a Circuit Court clerk, covering the business of BigLaw. I interviewed Blake about his legal and writing careers and how he ended up covering the law instead of practicing it.

What initially drew you to go to law school?

If I'm honest I went in large part because I didn't know what else to do. There was no real desire to be a practicing lawyer. I was unsure of my future, unsatisfied with my college experience, unready to pick a career, and I thought my skill set was a match. A law degree is flexible. I suspect I'm not the only one who's ended up in law school by some kind of default.

What did you see as your likely career path when you started your legal career?

​I clerked for a federal judge my first year after law school. At that point, I was planning to practice law for a large law firm in a major market. I wanted to do this, or thought I did, for the same reason I'd wanted the clerkship: I'm competitive, and BigLaw practice was, I was told, the highest thing to aspire to.

How did you decide to become a journalist after a Circuit Court clerkship?

First ​I decided, in the middle of the clerkship, for reasons I still can't seem to explain, that I wanted to become a writer, which isn't exactly the same thing as being a journalist, but pairs nicely. It seemed a lot of my heroes ​had used journalism as a way to pay the bills and sharpen themselves. I sent a resume and a cover letter to the LA Times and told them I would mop floors or push a mail cart or whatever they wanted if they'd give me a shot. Of course you don't start a journalism career at the LA Times. They had no problem telling me this, and kindly referred me to the Daily Journal, a legal publication just down the road. I didn't know it then, but they'd done me a huge favor.

What was your job like at the Daily Journal?

I started out covering California state courts and later profiled judges. Some journalists feel the paper's a dinosaur, a tough place to develop an internet presence. Still, it's a great place to get your feet wet. And my coworkers were good people. Some of the best I've met anywhere, really.

How’d you make the move from the Daily Journal to Bloomberg BNA?

After the Daily Journal, I spent a year traveling in Europe and the Middle East. My plan was to freelance. I opted instead to study Arabic and begin work on a really terrible novel I later lit on fire in a metal trashcan. When I came back to the States in January of 2015, I was thinking about easing back into law practice, but Casey Sullivan, who also got his start at the Daily Journal, was looking for writers at Bloomberg. The Big Law Business site had just launched, so my timing was fortuitous, I admit, but the important lesson here is you can, it turns out, live with a gap in your resume.

What’s a typical day like for you at Bloomberg?

​Well, I'm a contractor, so most days I work from home. ​When I'm assigned a daily—a shorter story on a current event I file the same day—it means I'm on deadline, and on the phone a lot, and the pace is pretty fast. On quieter days, I'm working on a GC profile or tinkering with a feature.

How does your legal background help you in your job?

It was a big help, at least initially, because it meant I could pick up the phone and call a BigLaw partner or a Fortune 200 general counsel with extra confidence. I had done well in law school, and clerked, so I didn't feel inferior. Of course you're still the dummy when you're talking to the expert, but I never felt like I was on someone else's turf. I should note also that my legal background has been a hindrance at times. In law school they teach you to write like a lawyer.​ This will get you fired as a journalist.

I always found that legal writing and journalism have a lot in common: don’t bury the lead, avoid flowery language, rely on the facts. Why do you say that writing like a lawyer will get you fired as a journalist?

A lawyer is writing for other lawyers, but a journalist, even when writing for lawyers, will likely have a non-lawyer editor trained to write for a non-lawyer audience. The journalist will be expected to pause and explain in layman's terms all the things a lawyer would consider common knowledge. I also think lawyers have a tendency to "wind up." Sure, lawyers aren't supposed to dawdle, but normally you've got some room to make your point. In a standard news piece, you're expected to have made your point by the second or third paragraph. A lawyer expects a judge to read the entire brief, for example. A journalist can't count on that.

What advice would you give to an aspiring legal journalist?

Keep your lay reader in mind: explain everything.

Don't obsess over your prose.

Obsess over your reporting.

Apply for a job at the Daily Journal.​

Pay attention to the work of other journalists.

Harvard Law School is reportedly considering changing its official shield, as a result of a long campaign that ties imagery on the shield to the slave trade.

According to NPR, the dean of Harvard Law recently called for the shield to be replaced, "because it contains the crest of Isaac Royall, a slave owner whose endowment of land helped establish the school.

Gibson, Dunn & Crutcher associate Saee Muzumdar caught up with corporate partners Barbara Becker, who heads the firm’s M&A group, and Rashida La Lande, NY hiring partner, for a discussion about why they chose to be corporate lawyers and some of the benefits of transactional work.