Why Election Day Should Be a Paid Day Off 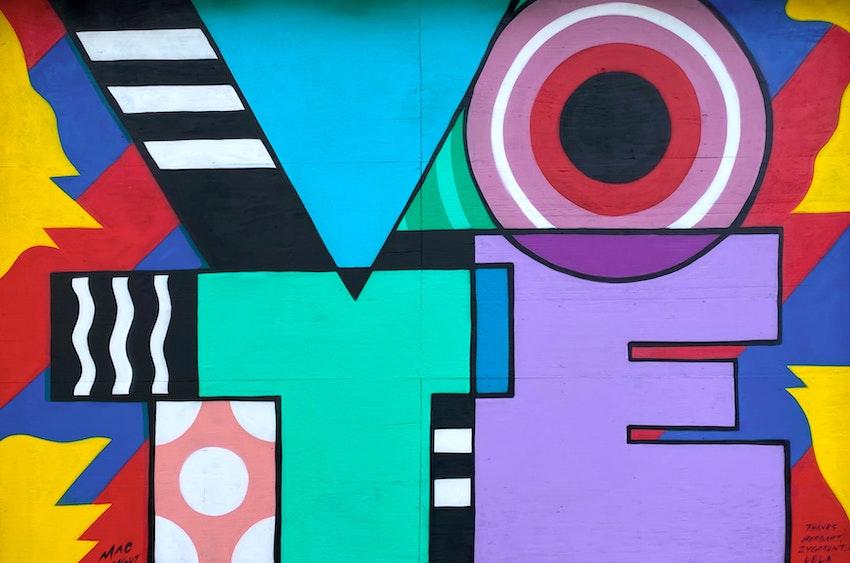 Four score and a bunch of years ago, the U.S. was an agrarian society (full of farmers) and so it made sense that Election Day would fall on a Tuesday in early November. The thinking back in the 1800s was November fell after the harvest and before the harsh cold of winter, and Tuesday gave farmers enough fair-weather travel time to get to their nearest voting booths via horse-drawn carriage; they couldn't/wouldn't travel on the Sabbath and some needed nearly two days to carriage to the booths.

Now, of course, things are a bit different. We've gone from agrarian to manufacturing to postindustrial to information society. We have something called the car as well as not-too-terrible public transportation systems. And millions of us have bosses and companies and shareholders that demand nearly all of our time on the first (and second and third and fourth) Tuesday In November.

All of which is why many companies, organizations, and individuals, including certain Presidents of the United States named Barack and former presidential candidates named Bernie, believe Election Day should be a national holiday and thus a paid day off. Some (though surely not Barack and Bernie) also argue that national holidays like Presidents' Day and Columbus Day and New Year's Day seem like dubious holy days at best, and could very well be replaced by an Election Day holiday on which we actually have to do something—that is, vote. Proponents of Election Day as a national holiday say making it easier to vote will increase voter turnout, thus improving the democratic process.

And it's hard to argue against that.

Speaking of which, one company making a rather loud argument about turning Election Day into a paid day off is Casper, the friendly mattress startup (which is also killing it, having become a company worth half a billion dollars in just two years, and so I'd recommend listening closely to what it has to say).

“It’s hard to get out and vote,” said Neil Parikh, the co-founder of Casper, which will close its two retail stores and offices in the U.S., giving roughly 180 of its 200 global employees the day off. “Everything that you can do to make someone’s life a little bit easier so they can contribute is worth it.”

Mr. Parikh said Casper executives ran “back-of-the-envelope numbers” to estimate how much sales could drop without employees on hand to answer customer questions. Normally, customers can access live help via text, phone and online chat seven days a week. The company will ask some engineers and customer-service representatives to be on call on Nov. 8.

A startup that identifies itself as a tech company, New York City-based Casper considers the voting holiday a workplace perk, “a natural next step” after free meals and generous benefits, Mr. Parikh said.

Another retailer giving its staff more time to rock the vote is Tory Burch. And although Burch isn't giving employees a full day off, the firm is generously offering several hours of paid leave for employees to get their preppy but non-obnoxious selves out to the polling stations.

Tory Burch, the co-CEO of a retail business bearing her name, has been outspoken about employers giving workers time off to vote, writing in a Wall Street Journal opinion piece that the country’s voter turnout rates are “embarrassing” and “dangerous.” Ms. Burch’s nearly 3,000 person firm will give its U.S. corporate employees four paid hours off, and store employees up to two paid hours off on Nov. 8.

On the other side of the argument, opponents of the idea of giving employees the day off on Election Day say already citizens can vote well in advance of Election Day, already the polling stations are open before and after normal working hours, and already many employers allow employees a little leeway to come in late or leave early on Election Day to cast their votes.

However, what these benefits don't promote is employees getting more involved in the election process. That is, a couple hours here and there on Election Day doesn't allow employees, in addition to casting their votes, to volunteer their time, say, helping out at a polling station, or helping those vote who have a hard time getting to a polling station, or helping in some other way on one of the most important days in a democratic society's calendar year.

Speaking of which, here's the editor-in-chief of the Northwestern University Law Review in a CNBC.com op-ed that was published this past spring.

Northwestern Law has cancelled all classes on Election Day, not only to encourage students and faculty to cast their ballots but also to connect them with volunteer organizations throughout Chicago, groups that work tirelessly to ensure that the election is free and fair. More than seven hundred lawyers and lawyers-in-training will be freed from one day's work to leave their mark on the 2016 election. Northwestern Law students and faculty will be an active part of our democratic process, not just ivory tower observers or participants of convenience.

Other colleges and universities, especially law schools, in Chicago and nationwide should follow and end the absurd hypocrisy of researching and dissecting the law and championing the importance of democracy while forcing students and faculty to sit on the sidelines on the most important day of the year.

Another idea, if we can't agree on giving employees the day off, is to move Election Day to the weekend. And why not, as many have proposed, have it fall over two days, over a Saturday and a Sunday. This would allow more time to vote, wouldn't interfere with most employees' workweeks, and would seem to follow the voting format that a majority of the Western world now follows.

In any case, it seems clear that sticking to Election Day on a Tuesday just because that's the way we've been doing things for years and years is very last-century thinking. An update, an Election Day 2.0, is long overdue.

The benefits of a living a low stress lifestyle, coupled with a healthy diet and physical activity are innumerable. Of course, as much as many of us strive to achieve such an existence, it’s not as easy as it should be in our modern world.

Are Flexible Hours Helping or Hurting Us?

For better or worse, we can now work anywhere. We carry smartphones and tablets with us everywhere.