Citi Tries to Lure Millennials with Entire Year Off 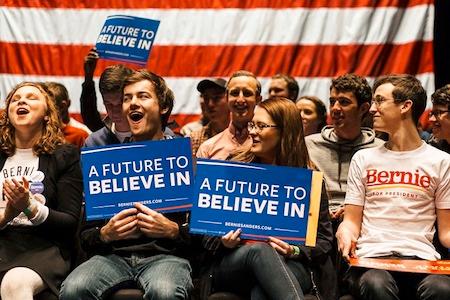 First Wall Street told young bankers that they didn't have to work on weekends. Then they told them they'd never have to work past midnight. Now they're giving them an entire year off.

Attitudes toward young bankers have shifted so strongly on Wall Street that Citigroup Inc. has a new plan to keep them happy: Give them a year off.

The bank on Wednesday plans to unveil new programs meant to appeal to younger workers, including faster paths to promotion and the chance to take a year off to do charitable work. Citigroup is also introducing a program that lets young employees work on a four-week microfinance project in Kenya.

It’s all meant to recruit—and keep—young talent increasingly skeptical of Wall Street and eager to land a job in the technology sector.

The move to improve the attractiveness of a job on Wall Street is a radical one, perhaps the most radical since Goldman Sachs unveiled its Protected Saturday policy a couple years back. The move is also a sign that Wall Street banks are still having trouble recruiting the best and brightest 21-year-olds the old fashioned way: exchanging large amounts of money and a prestigious name you can use on your resume for pretty much every waking hour of the first two years of your post-collegiate life. That is, a job on Wall Street is no longer as attractive to the young and hungry graduate as it once was.

With a new generation of workers who have different desires, and in the wake of the financial crisis that decimated the reputations of many of the world's largest banks, and in our new technology-dominated and tech-firm dominated world, the money and name dropping just isn't cutting it anymore. Millennials, in addition to lives outside of work, want the ability to advance quickly, and perhaps most important they want meaningful work. And Citi's new offering is an obvious response to that millennial desire.

But will the offering work?

“It will engage millennials,” said Stacy Stevens, president of recruiting firm Park Avenue Group. “But I still think it’s the nature of millennials to get bored and to move every two or three years.”

Nine incoming analysts have already been selected at Citigroup to spend a year with one of roughly 40 nonprofits being chosen by an organization called Service Year. During that year, they’ll be paid 60% of their normal Citigroup salary. After they’re finished, they’ll start at the bank.

My initial thought when coming across this news about Citi's new gap/volunteer year was to commend the bank for thinking well outside the cubicle. And I agree with Stacy Stevens that the move will be engaging. I imagine that the opportunity to secure a well-paying job while also getting to almost join the Peace Corps will attract many a non-engineering, non-technological, non-entrepreneurial millennial looking for meaningful work.

But upon further thought, I foresee an unintended and undesirable consequence (for Citi) of this new "perk." And that is this: I imagine that at least a handful of newly graduated students who want meaningful work and who join Citi in order to take advantage of its gap year might very well, while on their volunteer stint in West Africa or the Far East, become so moved and engaged and excited by the importance and meaningfulness of their volunteer work that they will not want to, nor could they imagine, returning to a cubicle to sit behind a non-Apple product and hammer out Excel formulas (in uncomfortable shoes, or any shoes for that matter) for the ensuing two years. And instead, they might very well opt to find a way out of their Citi obligation in order to continue the meaningful work they were doing during their gap year.

In other words, Citi, and any other bank that might also use the gap year to entice millennials to join its junior ranks, could risk losing their recruits, even before they begin to make them money.

In any case, no matter how this latest perk plays out, it's encouraging that Citi's CEO made a public stance on the issue of overworking its younger employees, and addressing, at least indirectly, one of the reasons why so few women choose to join the ranks of the world's largest banks.

Of course, whether this is all just rhetoric or a real call to arms remains to be seen.

As a side note, it's fun to think of about how far we've come since Corbat was a junior banker putting in his 100-hour weeks: we were using rotary devices plugged into the wall to speak to each other over long distances, the only reason we had a computer at home was to play Donkey Kong and Pong, and the Gipper was the leader of the so-called free world.

Read More:
Wall Street's First CHO (Chief Health Officer) and the Benefits of Leaving Work at 7
Goldman Sachs’ ‘Protected Saturday’ Policy Might Be Working After All
Talent Wars: Is Silicon Valley Salivating Over the Bonus Drought on Wall Street?

Back in 2008, when the mortgage-backed securities hit the fan, there was a monstrous public outcry for banker bonuses to be scaled back. Banks kicked and screamed, fighting hard against it, but in the end acquiesced and scaled bonuses back.