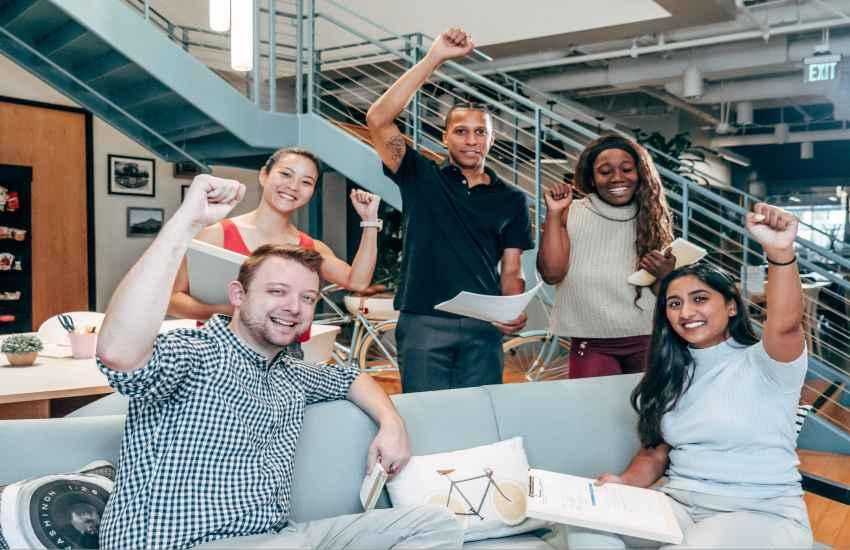 The four-day workweek is one of several ways in which companies are attempting to provide a better quality of life for their employees as a response to workplace challenges associated with the Covid-19 pandemic, as well as the effects of the Great Resignation. Earlier this summer, we spoke at length about the four-day workweek, its benefits, and the non-profit organization, 4 Day Week Global.

4 Day Week Global is hosting a trial that began on June 7, 2022 in which 70 companies in the UK are participating in the four-day workweek for a period of six months. The trial will provide important data with regards to changes in employee stress levels, potential for burnout, job satisfaction, sleep patterns, energy use, and overall health. 4 Day Week Global CEO, Joe O’Connor states that “The UK is at the crest of a wave of global momentum behind the four-day week,” alluding to the notion that the results of the trial may prompt a worldwide paradigm shift to the four-day workweek.

Since the trial began, participants have shared their perspectives on the four-day workweek, as well as their experiences so far. Ed Siegel, CEO of Charity Bank stated “We firmly believe that a four-day week with no change to salary or benefits will create a happier workforce and will have an equally positive impact on business productivity, customer service and our social mission.” Siegel’s sentiments echo the belief that the four-day workweek will provide valuable benefits to employee health and well-being, while also increasing productivity.

Employees of the popular resort/dining establishment, Platten’s Fish and Chips have also commented on their experience with the trial thus far. General Manager Kirsty Wainwright has said that the option of working a four-day workweek was her primary motivation for accepting an offer to work at Platten’s. Wainwright placed specific importance on the benefits to her family, stating that “Spending more time with my kids is the best thing about a four-day week.”

Team Leader Wyatt Watts, also of Platten’s Fish and Chips explained how the hospitality industry can benefit greatly from a four-day workweek, as it is typically “very strenuous” by nature. Watts went on to speak about the positive impact the four-day workweek has made, stating that “Morale has improved,” and “Having a four-day workweek has left me feeling a lot more positive about staying and working in the industry.” Wainwright and Watts both described an increase in employee energy and productivity since entering into the trial.

4 Day Week Global recently announced that a North American trial is quickly gaining momentum. The trial is slated to begin this October, with 60 companies and more than 4,000 employees across the U.S. and Canada already signed up to participate. Similar to the UK trial, the North American trial will last for a period of six months, and will encompass a variety of industries including retail, construction, technology, marketing, design, finance, non-profit organizations, and more.

Those participating in the North American trial will receive 100% of their normal salary, while working 80% of the time, under the promise of maintaining their productivity. Other perks of the trial include access to workshops, speaker series provided by four-day workweek pioneers, mentorship programs, and professional networking opportunities. Geoff Silverstein, founding partner of Friendly Design, Co. has spoken about his company’s participation in the upcoming North American trial, stating that “[We believe] in collaborating to foster positive change in the world, and giving our team back one day of the week is a great way to do that.”

So, what does all of this mean? Happily, it could mean that more companies will begin to recognize the benefits of the four-day workweek, or at the very least, they will explore alternative methods to the typical 40-hour work week. We’ve got our ear to the ground on the UK and North American trials, and will provide all relevant updates as they unfold. For now, let’s all just stay positive and have wonderful dreams (and daydreams) of three-day weekends all year long!

With work/life balance rising as a top workpace value, one of the best ways employers can increase productivity is by creating a happier and stress-free workforce. One way to achieve this is to allow employees to have time away from the office.

10 Companies Where You Can Work from Home Every Day

A growing number of employees want to work remotely and, fortunately for them, 170 companies in the U.S. now operate 100 percent virtually.

Are We Heading for a 6-Hour Workday?

In the business world, productivity gains tend to mean one thing: employers getting more bang for their buck as employees use technology to grind out more work in the same amount of time. And, if you've been paying attention to any part of the presidential primaries recently, you'll already know that those gains doesn't necessarily come with higher wages or better benefits for employees.