Should Employees Be Allowed to Watch the World Cup at Work? 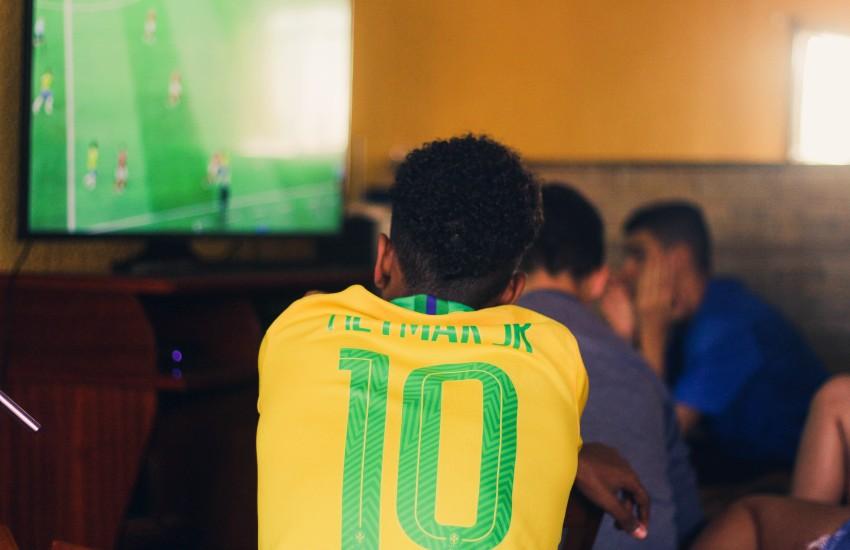 Call it a fever, a virus, or merely an emotional infection, World Cup-itis is no fictional disease. Every four years, it afflicts hundreds of millions of people (this blogger included). And although the causes are easy to explain—the exhilaration of watching diving headers kiss the side netting, free kicks bending around walls just out of reach of fully extended goalkeepers, thirty-yard passes threaded between defenders onto the boots of strikers sprinting toward goal—there’s no known cure. Which means companies worldwide have a serious problem on their hands: what to do with employees who suffer from the disease and insist on skipping out of work to watch the World Cup.

Across the Atlantic, and down in South America, there’s been a longstanding tradition of allowing employees to ditch work to watch their home countries suit up for the Cup. But here in the U.S., where soccer isn’t as popular, there’s no such tradition, and, for the most part, employees with World Cup-itis must surreptitiously stream matches on their desktops or leave work to catch the action at a local watering hole. However, this year, a handful of U.S. companies are breaking this rule and not only allowing their employees to catch the action but also encouraging it.

On the West Coast, in Silicon Valley, firms like Twitter, LinkedIn, Zynga, Facebook, Nvidia, and Evernote have been hosting on-site World Cup viewing parties (which leads me to believe there must’ve been some rather raucous fiestas yesterday in the Valley when the U.S. miraculously beat Ghana; the match took place at 3 p.m. PST, that is, during West Coast working hours). These parties are in line with other generous perks that Silicon Valley firms typically offer employees; they also serve as a way to team build and strengthen employee morale.

Which reminds me that, four years ago, when Landon Donovan scored in extra time against Algeria, sending the U.S. Men’s National Team into the second round of the World Cup in South Africa, I was watching on a big-screen TV along with three dozen coworkers. The screen was located in our office and was brought in specifically to watch the game (if the screen wasn’t actually brought in by management, it was at least sanctioned by it). Watching the match in our office meant that I and my coworkers didn’t have to stream the game online or skip out of work and meet at one of the many local bars airing the Cup (like we did before the screen was brought in). To say the least, we very much appreciated being able to watch the Cup at the office. We also, without trying, became a much more cohesive group of employees as result.

I remember that, just as Donovan scored, I leapt off the floor and then embraced several coworkers. Hugging a coworker whom I wasn’t close with (or was close with for that matter) was an odd position to find myself in. And yet, at the time, it felt completely natural and right and only heightened the emotion I felt in that moment. And, to this day, I can’t imagine another team building or morale building event that would result in two employees ending up in a genuine embrace.

In any case, although the U.S. lost to Ghana in the second round in South Africa four years ago, and the giant screen in our office magically disappeared long before Spain beat the Netherlands in the final, many bonds were forged, friendships were made, and departments intermingled while watching and discussing the matches. And, as I recall, right around the summer of 2010, our management (Vault is now under different management) had been unsuccessfully trying to effect these same results using a wide variety of other tactics.

Of course, since not everyone is a soccer fan, and watching soccer isn’t all that productive in a literal sense, a fair argument exists for why employees shouldn’t be encouraged to watch the so-called world's game. Still, I’d argue that if employees are going to figure out ways to watch anyway (especially a week from Thursday at noon EST when the U.S. takes on Germany; just watch as your office empties out a few minutes before game time), why not offer the opportunity to do so in a communal setting where coworkers can mingle and be together and perhaps forge unlikely connections.

As a friend of mine put it recently, when explaining why he prefers to watch the World Cup with others as opposed to alone, “When a goal is scored, and you’re watching with others, you all enjoy that goal together. Which is a beautiful thing.”

The first ever Uber Bowl was a heated contest that came down to the wire, and, in the end, the Uber employees prevailed over Uber CEO Travis Kalanick.

The first quarter began with a fumble, when Kalanick gambled with a long pass on a blown coverage, but the ball was dropped (the firm sent out what appeared to be an insensitive tweet).

Are Employees With Autism Better Employees?

In the trailer for the new HBO series “Silicon Valley,” which premiers Sunday April 6th, one of the superstar programmers at the center of the show is mumbling his way through a description of his tech venture when he’s mistakenly called out as someone with Asperger’s. Although the scene plays for laughs, it perhaps underscores the very unfunny fact that today more than 3 million Americans suffer from some form of autism.

It's a mark of how much times and interests have changed that news of the retirement of Sir Alex Ferguson from the manager's job at Manchester United made it into mainstream U.S. media last week.