Return of the Pay Czar: Coming Soon to a GM Plant Near You 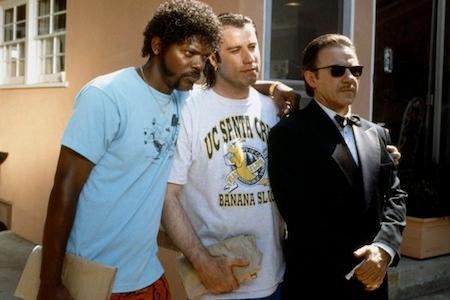 Like a bad sequel to a horror film, Kenneth Feinberg, the Obama administration’s former “pay czar,” is back. And this time it’s the automotive industry, not oil companies or Wall Street, that needs his expertise in assessing the wreckage.

Although I admit I’m eagerly awaiting what Feinberg will have to say when his job for General Motors is done—his specialization in “victim compensation” and “designing and administering complex compensation programs” has been enlisted to figure out “how many people died or were seriously injured in millions of small cars with faulty ignition switches”—I am a little fearful of what he might find. And if you’re on the GM payroll, or one of the firm’s investors, you’re probably shaking in your summer shoes as well.

According to the woman at the top of GM’s org chart, Mary Barra, “the number of deaths and accidents linked to defective ignition switches could increase when an independent compensation plan is completed … She said GM’s tally of 13 deaths and 54 accidents was based on ‘the information we have right now,’ but said that figure could grow in the weeks ahead.”

Today, during GM’s annual shareholder meeting at the automaker’s headquarters in Detroit, Barra spoke to fewer than 30 shareholders (that’s all that attended; apparently Detroit isn’t much of a draw to out-of-state investors). She “devoted most of her prepared remarks to the company’s failure to recall defective cars for years despite knowing that a faulty part could cause vehicles to lose power and deactivate air bags … In her speech, Ms. Barra apologized again to accident victims and their families, and vowed to improve the company’s commitment to safety.”

Barra, whom I’ve written about previously here, has largely received good marks for the way she’s dealt with her first big crisis as GM CEO. Even some prominent names have been singing her praises. Today, the Reverend Jesse Jackson, “who called in to [the shareholder meeting to] urge more minority representation in the company,” told Barra: “You faced a crisis with integrity and courage and transparency and contrition.”

However, there have been some dissenters. After GM revealed the findings of an internal investigation into the faulty ignition switches, some industry observers quipped that it was the “best report money could buy,” because it largely let GM off the hook and didn’t implicate any top GM managers—even if 15 employees, including a handful of “executives,” were fired by Barra for their part in allowing the faulty switches to remain in GM vehicles.

As for the former pay czar, his expertise brings to mind one of the great characters in modern American cinema: “the Wolf,” from Quentin Tarantino’s iconic film “Pulp Fiction,” which, hard to believe, turns 20 years old this year. As you might recall, the Wolf, a “cleaner” who solves problems (“I’m Winston Wolfe. I solve problems.”), played more like a chief operating officer than criminal mastermind by Harvey Keitel, assesses a gory crime scene in the 1994 film and then quickly cleans it, removing any and all traces of potentially incriminating evidence. Of course, Kenny Feinberg is no crime scene scrubber, though he is quite a crime scene assessor. Consider this CV (courtesy of the Wall Street Journal):

The 68-year-old Massachusetts-native has spent a career grappling with who is owed what in the aftermath of what seems like every major tragedy and crisis to strike America in recent years … After the 2010 BP oil spill, he was tapped to manage the company’s $20 billion damage fund …. Before that, he served as the Obama administration’s “pay-czar,” a job created by the 2009 stimulus law to oversee executive compensation practices at financial firms bailed out during the financial crisis. … He’s administered or advised on funds for victims of the Sept. 11, 2001 terrorist attacks and the mass shootings at Virginia Tech and at a movie theater in Aurora, Colo. He also managed Hurricane Katrina payouts for an insurance company. … “Where there is death and suffering, or merely bankruptcy and financial ruin, there, oddly enough, is Kenneth R. Feinberg,” wrote the Washington Post in a 2010 profile.

That last bit would make a rather nice epitaph, would it not?

In any case, although I wholeheartedly wish everyone gainful employment in the second half of 2014, I do hope that Feinberg, after his GM gig is up, won’t find too much more work during the rest of the year.

Detroit: The City of Opportunity for the Class of 2014

Today, the New York Times published an op-ed entitled “Detroit’s Immigration Solution,” which criticizes the plan that Michigan Governor Rick Snyder has to fix the down-but-not-out Motor City. Snyder has proposed “to attract 50,000 [immigrants] over five years using a visa program for people with advanced degrees or exceptional abilities in the sciences, arts or business.

I grew up in the 1980s a few miles north of Detroit, and during that time in the area it seemed like every third classmate of mine came from a household whose father worked for one of the Big Three automakers—GM, Ford, or Chrysler. I also remember quite a few fathers working for auto part manufacturers.