Are We Heading for a 6-Hour Workday? 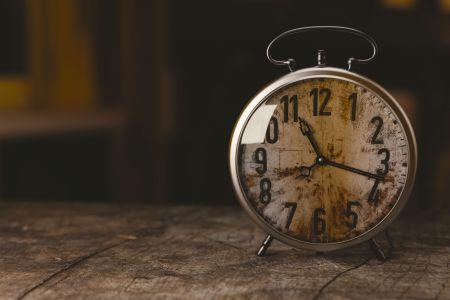 In the business world, productivity gains tend to mean one thing: employers getting more bang for their buck as employees use technology to grind out more work in the same amount of time. And, if you've been paying attention to any part of the presidential primaries recently, you'll already know that those gains doesn't necessarily come with higher wages or better benefits for employees.

Or to put that sentence in visual form:

The results are clear to see: workers are more efficient than ever, but are seeing very little in terms of the economic gains.

But what if there was a different way to think about productivity, and the benefits it can bring us as a society? That's the subtext of a recent New York Times article about the ongoing trial of a 6-hour workday in Sweden. In it, a variety of everyday Swedish workers—a caregiver, a nurse, a vehicle service center employee, a couple of startup employees—describe their experiences with the test, and all come out strongly in favor of it, although not for the reasons you might expect.

See if you can spot the common thread in the things they say:

The caregiver: "What's good is that we're happy […] And a happy worker is a better worker."

The startup founder: "We thought doing a shorter workweek would mean we'd have to hire more, but it hasn't resulted in that because everyone works more efficiently. […] Since we work fewer hours, we are constantly figuring out ways to do more with our time."

The startup employee: "We don't send unnecessary emails or tie ourselves up in meetings. […] If you have only six hours to work, you don't waste your time or other people's time."

The surgical nurse: "I had reached a point where I could only work at 80 percent capacity […] Now it's easier to rest and I have time at home to sit and really talk with my children. I've got my power back."

The auto service center director: "What we can see today is that employees are at the very least doing the same amount in the six-hour workday, often more than they did in the eight-hour day […] It's heavy work — drilling, building engine blocks — but they have stamina, and we have more profit and customers because cars get fixed faster."

Notice the common thread? Yep: each of those workers—some of whom are actually responsible for tracking employee productivity—insist that instigating a 6-hour workday results in the same, if not more work getting done. And they're happier and more motivated to boot.

Of course, most employees would say that if you offered them the same salary while cutting their weekly hours by 25%.  But, if true, it creates a scenario in which we might actually be able to give some of those productivity gains back to the workers, rather than the shareholders of the companies they work for. (Unless, of course you happen to make an hourly wage.)

That's an intriguing prospect which, if it scales to different industries and non-Scandinavian nations, has the potential to fundamentally reshape the employment landscape.

Even if the 6-hour day is in your future, it's likely some way off: even in Sweden, the trials are not uniformly popular, which makes it hard to imagine the levels of opposition such a policy would face here—especially if it were a government initiative.

But while you shouldn't hold your breath waiting for the change, you can console yourself with the thought that even the most hardened rules of how we work had to come from somewhere. To that end, I'll leave you with one final thought from the article, from a Swedish hospital director who was interviewed about the 6-hour trials:

"For years, we've been told that an eight-hour workday is optimal. […]But I think we should let ourselves challenge that view and say, 'Yes that's the way it is now, but if you want to increase productivity, be open to new ideas.'"

Are Flexible Hours Hurting or Helping Us?

Should You Get Your MBA in Europe?

Should You Get Your MBA in Europe?

There's an interesting post over on Quartz today about a growing trend of US students heading across the pond to get their MBAs in Europe.

The reason? Well, there are 3 of them covered in the article:

1) Favorable exchange rates mean that your dollar buys more Euro or Pound-denominated education than it did a couple of years ago.

Are Flexible Hours Helping or Hurting Us?

For better or worse, we can now work anywhere. We carry smartphones and tablets with us everywhere.

"I often refer to the series Mad Men, taking place in the ’60s, where they’re drinking and smoking in the office. And you think, 'What are you doing?