The Number-One Rule for Cover Letters 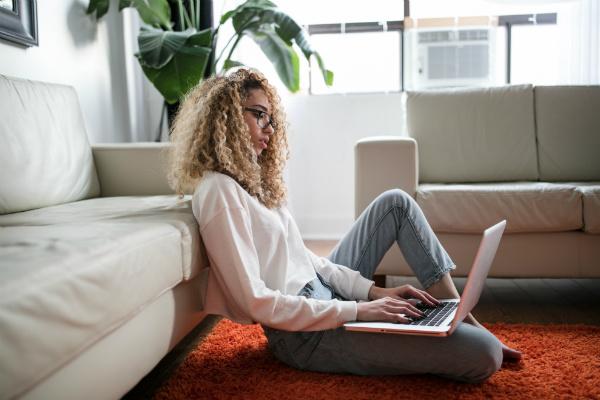 Okay look—resumés are great. When done right, they’re clean, concise, and well organized. And if you’ve been following all the great advice out there, yours should be in pretty good shape.

Cover letters are different—they’re freewheeling, making them more difficult to write. Think of the resumé as the multiple-choice part of a test, and the cover letter as the essay portion—the essay portion where your teacher gives you a 7/10, but you’re not really sure why. It’s so tough to know if your cover letter is being received well, and since they’re so personal and subjective, finding advice relating to your specific industry and career goals can be difficult. And less-than-ideal sources can offer sample cover letters that sound like they were written by robots. Maybe they were.

There’s no magic “life hack” to writing cover letters, but the number-one rule to follow is that a cover letter should be genuine. It should sound like it was written by you—your future employer wants to get a feel for your personality through your cover letter. So I’ve got a little advice on how to keep your cover letter tight and compelling, but not tightly wound.

Salutations to Whomever It Might Concern: I am writing in order to extend an official and enthusiastic application for the position of blah, blah, blah.

Who in their right mind would write a letter like this? And who would read it any further? I would’ve stopped at “Salutations”, but that’s me. Overly formal writing can sound like it came through a time warp, and it leaves your reader with one of two impressions:

a) You’re exactly as over-formal in person and a Grade-A Weirdo, or

b) You’re just a bad writer.

Neither of these impressions are ones you want to leave. Your cover letter should give them a flavor for who you are. That said, I’m not advising you to write: Sup, dude? I’m a software engineer. You need one. Let’s hook it up.

You’ve got to find the middle ground. Begin the letter how you might introduce yourself in person, and succinctly state your reason for writing:

I saw on Indeed that [Company Name] is looking for a marketing lead. I’ve worked as a marketing associate for two years at [Your Current Job], and think I would make a great addition to your team. [List one or two accomplishments, concisely].

I promise, it really should be that simple. You want to stand out because of your accomplishments, not because your cover letter sounds like Abraham Lincoln wrote it.

Keep that professional-but-genuine vibe going—your cover letter’s tone should be consistent throughout. List your accomplishments, but try not to make it sound like you’re the only one keeping your current company afloat. Chances are really good that you’re not, and there’s no reason to be disingenuous in order to sound accomplished. There’s an important difference between being confident and sounding arrogant, so mind it.

One thing to remember is not to just regurgitate your work history. They have your resumé, they know where you’ve been. The cover letter’s your chance to tell them why where you’ve been matters for where you’re going. Tell them how your experience relates to this job and employer. For example:

My internships at [X Company] and [Y Company] included extensive editing and fact checking, which I think will translate well to the associate editor role.

It also never hurts to show your enthusiasm for the employer and their work. Maybe even fangirl/boy a little, if you mean it. For example:

Your recent ad campaign with the duck is adorable, I love the new concept.

Expressing excitement for an aspect of the company’s work product is always a good thing in a cover letter, and it should be done in your voice.

How do you normally finish emails to someone you’re acquaintances with? That’s a good place to start when thinking of how to say goodbye. I usually go with “All the best,” or sometimes “Yours,” depending on how the rest of the email sounded. They’re simple and warm, but not overly familiar. A lot of people use “Sincerely,” which is fine—there’s nothing wrong with it, I just find it a little invisible or rote for when I’m trying to make an impression.

The impression you want to leave at the end of a cover letter is that you want to know more about the position. It’s tough to tell what a job will be like from the posting—giving you the details is what an interview is for. So express again that you’d like to hear more about the job, and bow out. Simple as that. Mine usually reads something like this:

I’m interested in hearing more about this position and what my background and skillset could bring to the table. Please find my contact information at the top of this letter and my resumé attached, and I hope to speak with you soon.

All the best,
Kaitlin McManus

The most critical thing here is to keep the channel of communication open. Make it clear that you intend to speak to this person again in some capacity, and that this is your intention because you’re genuinely interested in the position. People like other people who are real—a well-written cover letter should give that impression above all else.

How to Strike the Right Tone and Temperament in Interviews

In interviews, it's certainly important what you say, but it's also important how you say it. That is, you want to give clear, concise, relevant answers to your interviewers' questions, and you also want to maintain an even tone and congenial temperament while you give them.

This Cover Letter Trick Will Make Recruiters Read to the End

When you get the chance to submit a cover letter for the perfect job opportunity, you want your letter to stand out. So here’s a simple trick you can use to get the person reading your cover letter to become quickly interested in you and what you have to say.