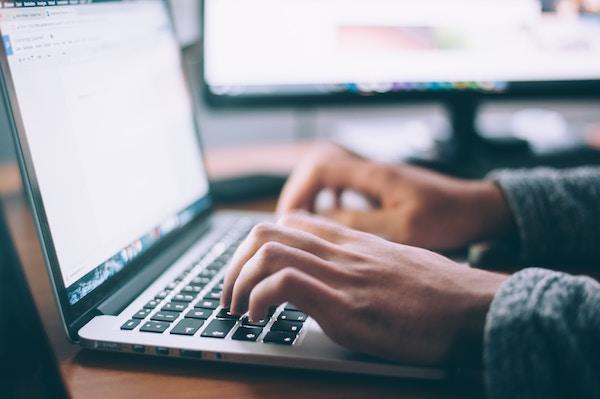 Here are five tips for writing a resume like Hemingway.

In elementary school you learned that you can throw "ly" onto pretty much any word and create an adverb. You thought this was cool and made your writing look more mature. You were wrong. Adverbs are unnecessary. If you find yourself using one, or spot one in your resume, delete it. If you can't delete it, then in its place change the verb that it was modifying. For example, "spoke quietly" could be "whispered," and "ran slowly" could be "jogged." And "strategically" should be taken out to the backyard and killed by firing squad.

"Utilize" will never be better to use than "use." "Utilize" will make you sound as if you're in the second grade (see above) and are just learning how to write a sentence. I found a fancy word! I'm going to utilize it and sound smart! Don't, you won't. You'll sound out of touch with the English language. "Purchased" is another one that's fingernails on the chalkboard. Use "bought" instead. And if you want further proof of this rule, check out this NPR podcast in which Jay McInerny, the best-selling author of Bright Lights, Big City, says that the best advice he ever got from the writer Raymond Carver (who wrote more like Hemingway than Hemingway) was to always use the simple word. McInerny was a student of Raymond Carver's at Syracuse, and according to McInerny, Carver asked him once, "Why are you using the word 'earth' here? What you really mean is dirt. Why don't you just say 'dirt?' You're seeking a grandiosity that you don't need. Say what you mean and say it in the most direct way that you can." Remember this. Remember dirt over earth.

The following two sentences come from Hemingway's A Farewell to Arms: "I was always embarrassed by the words sacred, glorious, and sacrifice and the expression in vain. Abstract words such as glory, honor, courage or hallow were obscene beside the concrete names of villages, the numbers of roads, the names of rivers, the numbers of regiments and the dates." Here, Hemingway gives you instructions on what strong writing looks like. Use nouns and words that are concrete, he writes. Do not use words that are cliché or unclear. They will embarrass you. So, in your resume, avoid terms like "team player," "detail-oriented," "strategic thinker," and "hardworking." Instead, show what you do and have done. Use nouns and verbs. Tell about what you achieved. Tell about what you learned. Tell about what you created. Tell about what you manage and whom you managed. And use numbers and percentages to tell about how much you have achieved and increased and sold.

I think you know this one, but just to be sure I'm including it. Never use the passive voice on your resume. So, for example, "Have been responsible for managing five people …" should be, "Manage five people …" And, "Have been instrumental in increasing revenues by … " should be, "Increased revenues by …" The active voice, the active voice, the active voice. This should be your mantra when writing your resume, and when writing anything for that matter. Your cover letter, a networking letter, a thank-you note. And if you don't know why the active beats the passive, think of it like this: Using the active will make you sound like one of Hemingway's heroes: strong, forceful, a leader. Using the passive voice will make you sound like the opposite: weak, meek, a follower.

Yes, there's an app for writing like Hemingway. It's called the Hemingway Editor, and it will "tighten up your prose" and help you to "keep it simple." It will highlight adverbs, hard to read sentences, phrases that have simpler alternatives, and the use of the passive voice. It will also tell you how long it will take to read what you have written. But it isn't free. It will cost you two Old Man and the Seas or one-and-a-half Death in the Afternoons, give or take a few cents.

When applying to certain jobs, you'll often find it necessary to create an "Additional Information" section on your resume. This happens when you have information that you want to include on your resume that doesn't quite fit into your "Education" or "Work Experience" sections.