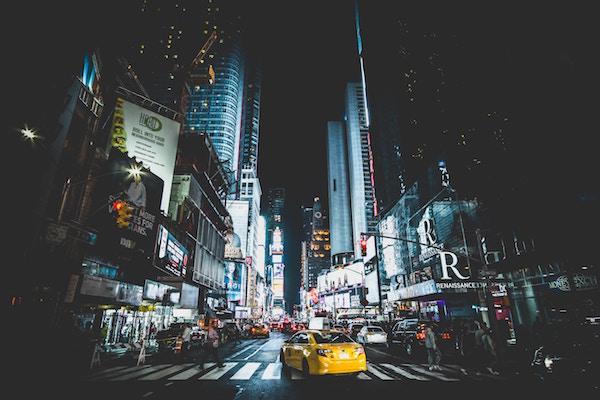 1. "Find the specificity in the story you're telling."

This is a phrase Miranda uses early on in the podcast when speaking about how he wrote "How Far I'll Go" for the Disney animated film "Moana." It's a phrase that could apply to your resume, your cover letter, your graduate school essays, your interviews, or your elevator pitch. You've probably heard that it's all about the details when you're telling your story or writing an essay, but what does this really mean? For Manuel (and other writers), it means getting inside the head of the person whose story he's telling (or singing). For example, to write "How Far I'll Go," which is about an adolescent girl, Manuel "holed up" in his childhood bedroom and wrote the song there and on his childhood piano. Embodying a character as fully as you can allows the words of that character to become more authentic and thus resonate more strongly with an audience.

Which is more or less the same thing you need to do when you're telling your story on paper or in an elevator or boardroom. Use concrete details. Tell your story by using strong images. Maybe even go back (metaphorically or literally) to the place where your story or essay takes place and write from there. Using the images and details that come up will help your audience and readers understand and see you and your story better, and so will enable them to remember it and you better. You want to be memorable. And you want to resonate emotionally, if possible, with your audience. Of course, this is hard to do in a resume or cover letter, but not as difficult when you're addressing your audience in person or are given a lot of space on the page to answer a question and tell your story.

2. Mentors will keep you motivated, on point, and sane.

During the podcast, Miranda speaks fondly about the iconic composer Stephen Sondheim, who gave Miranda one of his first parts on Broadway in the musical "Merrily We Roll Along." Afterward, Sondheim became somewhat of a mentor to Miranda, and Sondheim's encouragement was instrumental to Miranda during the writing process of "Hamilton." Here's Miranda on just how important Sondheim-the-mentor was:

When you're dealing with a constant rhythm, no matter how great your lyrics are, if you don't switch it up, people's heads are going to start bobbing. And they're going to stop listening to what you're saying, so consistently keep the ear fresh and keep the audience surprised. And, you know, that was his sort of watchword throughout the writing of "Hamilton." I'd send him a batch of songs, and he'd say I'm going to say it again—variety, variety, variety. And so, that was my mantra during the writing of that show.

Of course, you don't have to be working on a musical about one of the Founding Fathers to apply this to your work. The message here is to make sure to get some other eyes and ears on your work, which includes resume, cover letter, application essay, management presentation, ideas for next step in your career, etc. And don't just find a friend or significant other; instead, work hard to find someone who's a step ahead of you, who's been in your place, who has experience, and who's not attached to you in any way (your friends and significant others and family might not always be willing or able to tell you the truth).

Another message here is just how important encouragement can be, even to someone as accomplished as Manuel. He already had an award-winning musical under his belt with "In the Heights," and yet he still needed outside affirmation in order to continue with "Hamilton." And, thankfully, for all of us, he did. The other side of this is if you're ever in a position to offer encouragement or constructive criticism that you believe will put another on the right path and allow them to go on, then make sure to step up and have the courage to do just that.

3. Allow your work to change shape and form as it grows.

"Hamilton" the musical didn't start out to be a musical. In fact, Miranda envisioned it as concept album, a mix tape of sorts (according to Miranda, he was somewhat of a connoisseur of making mix tapes and mix CDs in his younger years). Here's his intro to the first piece of music that, years later, would become the opening number of "Hamilton" (this is from 2009 at the White House during a night of spoken word and poetry):

I'm thrilled the White House called me tonight because I'm actually working on a hip-hop album. It's a concept album about the life of someone I think embodies hip-hop, Treasury Secretary Alexander Hamilton. You laugh. But it's true. He was born a born a penniless orphan in St. Croix of illegitimate birth, became George Washington's right-hand man, became treasury secretary, caught beef with every other Founding Father. And all in the strength of his writing I think he embodies the words' ability to make a difference.

The takeaway here is this: We all need something solid to begin with when we begin working on any project, no matter if that's a resume, a cover letter, an essay, some new initiative at work, this blog even. And as we progress, and as we add to this work, ideas will begin to crop up, on their own it often seems, organically, and then we might need to alter the work in some way, see where these new ideas take our work. Some of these ideas might be dead ends, but some might lead to something greater, more than we could have imagined at the outset of the project.

In Miranda's case, his work began by being inspired by reading a book about Alexander Hamilton, to creating an album about Hamilton's life, to creating a musical about his life, and now it's taken him all the way back to the beginning, before the beginning, in fact, to the creation of a mix tape.

Whenever I have a hard time focusing on a repetitive work task such as inputting data into an Excel sheet, I find that when I listen to music, particularly upbeat music I know well, I’m able to focus more intently on my work and complete it without too much complaint. It would follow, then, that the music is making me more productive.