Why Women Struggle With Networking: Lessons from NAPW 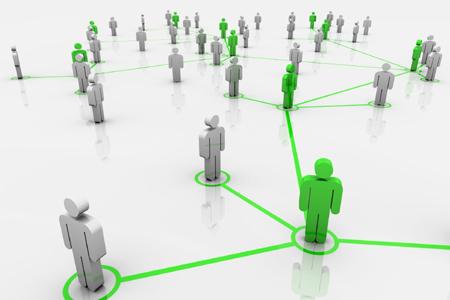 Many connections were being made at NAPW Spark: Ignite Your Network Conference, but, as Bonnie Marcus notes in her workshop on using networking to become "The Transforming Leader," many of those connections are made intuitively—not strategically.

Women tend to make friends with people they like, she says, and getting other women to like them through sharing and relating. Bonds are forged over intimacies (exchanging embarrassing work stories over coffee or sharing dirt on coworkers at the bathroom sink), while bragging about one's achievements is decidedly a faux pas.

That's great for making friends, but business opportunities? Not so much. If your new contact remembers you as the girl who told the story of how she walked into a meeting with the toilet paper on her shoe, she may like you, but she won't think of you for that job opening.

Here are common mistakes women make while networking--and why we should change our ways:

1. Women network with people who are already part of their network

Pat yourself on the back for making friends with your friend Lisa's friend? Who already knows your other friend Janice?

It may feel like you're making networking progress, but you're really not: your network is "closed," as Marcus puts it, and has fewer possibilities for spontaneous interactions. To really make headway, you have to have more variety in your contacts: that's how the those serendipitous career leaps happen.

Bonus: when you've got a list of contacts who don't know eachother, you're in a position of power among them. They rely on you to introduce them to each other. And they'll be more likely to return the favor with their contacts.

2. Women are too scared to ask favors

Marcus tries a little experiment during her seminar—she calls on a woman and asks her a favor: "Can you introduce me to your friend sitting there?" The woman laughs and introduces the two. "Thank you," she says. "Now how hard was that?"

The simplicity of the request is striking: of course someone would make an introduction for another person, if asked. Yet women are scared to ask even the smallest favors of each other, Marcus says, even when the potential rewards are huge. It's a simple request, and in a way, flattering--so don't make the mistake of being too nervous to ask. And be sure to accomodate your contacts in the same way. Good karma is never a bad thing!

Think your hard work and natural friendliness are shining through? Don't be so naïve, says Marcus. You have realize how little people will know of you until you spell it out for them. And on that note—consider enlisting someone to spread the word for you.

Business is really all about relationships, and to advance to a leadership position, you need to have someone expanding your ideas of what you can do, recommending and connecting you, and giving you feedback as to how you're presenting yourself to the people that matter. Politics do matter--so don't wait until you've been passed up to get serious about leveraging them.

Bonnie suggests that, once you identify your networking target, you make a list of everything you know about them. Values. What they do in their spare time. Whether they're family oriented. Favorite sports teams. Whether they're outgoing or introverted. Whether they're religious.

Once you understand where a persons values and interests lie, you can much better understand how to align yourself with those things, and present yourself as the perfect candidate for that person's project.

5. Women don't know what to say about themselves

Once you know what your audience is looking for (what they value, what could benefit them), you need to strategically present yourself as the solution. Women often the mistake, Marcus says, of believing that making an impression as "nice" or a "hard worker" is enough to seal an opportunity, and don't want to brag about their work beyond that. Sure, a cute failure story may be memorable and relatable. But will it help you stick out in a decision-maker's mind when a project or job opening arises?

To make sure you do, Marcus suggests that you consider your past successes before speaking with someone, and consider why you did such a great job. What was your contribution to that victory? What does this say about you and your "secret sauce"?

Once you know why a person should be talking to you and how to communicate that to them, you may find your casual connections working much more efficiently for you.

Read More:
Star Jones: "Simple Seven" Tips for Success
Why Good People Can't Find Jobs -- What You're Up Against
Why You Need a Sponsor at Work

How to Get the Most Out of a Career Fair

Career fairs are a great way to get yourself out there, make new professional connections, and cast a wide net when it comes to potential employers. Many times, career fairs also feature helpful workshops, panel discussions, and speakers that provide valuable information that you can apply to your career.

The Right Way to Build Your LinkedIn Profile

These days, it’s hard to find a professional who isn’t on LinkedIn. LinkedIn now has 830 million members from more than 200 countries worldwide.

If you’re looking for a new job, here are three ways to use social media to stand out from the crowd and increase your chances of getting hired.

How to Write Networking Emails That Get Opened

Today, in our hybrid work environment, email is the primary mode of communication when it comes to building networks and making connections. This means delivering an excellent introductory networking email is key for career advancement and growth.