CEO Tweets of the Week: Stewart, Krawcheck, Mahindra, and Cook 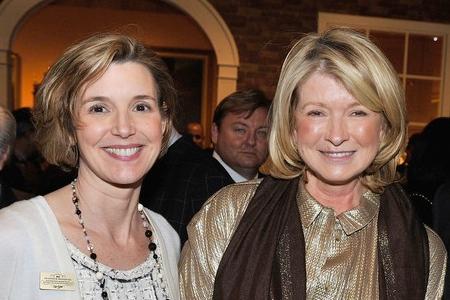 This past week several men and women put in performances of their careers @Sochi2014. Americans Sage Kostenburg and Jamie Anderson put in fine final runs to take gold in men's and women's snowboard slopestyle, respectively. The Japanese nineteen-year-old Yuzura Hanyu skated a world-record short program on his way to take gold in men's singles. The speedskating men and women of the Netherlands dominated the ice, picking up all kinds of golds, silvers, and bronzes. And a previously unknown #RussianPoliceChoir has been enjoying its fifteen minutes of well-earned fame for its enthusiastic cover of Daft Punk's "Get Lucky."

Likely, there are many more career performances still to come in Russia during the latest installment of the Winter Games. In the meantime, here are your CEO tweets of the week:

1. The latest in lunch hour efficiecy … soon you’ll be able to order a chili cheese burrito and gordita supreme with one tap of the index, two taps of the thumb.

Everyone who said we'd stop seeing groundbreaking mobile innovation was wrong. You'll soon be able to order Taco Bell on your iPhone.

2. Martha Stewart (who, true story, once shared her sandwich and salad with me on an Amtrak train between New York and Philadelphia) blasted the following while in California at the first annual Makers Conference, which gathered “prominent leaders and innovators from corporations, not-for-profits, and government organizations committed to women's and working family issues.”

3. Ex-Big-swinging banker Sallie Krawcheck (who has two recent Bloomberg TV interviews worth watching, one on Barbie appearing in nothing but her bathing suit in the latest Sports Illustrated Swimsuit Issue, and another on the lack of women on Wall Street) tips her cap to a New York Times blog, which tried to answer the following question: If women are, in general, better hedge fund investors, then why are there so few women working at hedge funds? (According to the Times, “This is a strange market inefficiency. It would be like discovering that tall people were vastly underrepresented in the N.B.A.”)

4. Anand’s advice can actually improve your work emails. (Although, unlike Anand, I wouldn't be too quick to use the word thrice even once.)

Notice how the word 'Actually' is overused till it's meaningless? Not just Indians.US TV anchor used it thrice in 1 sentence!Exile the word!

5. On Abe's day of birth, Apple’s CEO invokes the words of the most revered POTUS of all time.

Remembering Lincoln today and his dedication to the proposition that all men are created equal. We are still seeking to fullfill his dream.

CEO Tweets of the Week: Nadella, Cuban, Benioff, and Weiner

Although Wall Street punished Twitter earlier this week for its slow new-user growth—following Twitter’s first earnings release as a public company, its share price plummeted 18 percent—the social media site regained more than 8 percent of its market value in trading today. And so, it appears that TWTR has the following new user, among others, to thank for joining its growing (albeit not fast enough) network of micro bloggers: @SochiProblems.

Ever wondered how to make your profile stand out on LinkedIn, or whether people who use the site actually find jobs with it? I definitely have, so when I got the opportunity to talk to someone who knows the ins and outs of using the site from a hiring perspective, I jumped at it.

5 Ways a Blog Can Get You the Job

When it comes to social networking, each of the major channels—Twitter, Facebook and LinkedIn—has its benefits and drawbacks for job seekers. While each can be an effective method for connecting with people and providing a sense of your skills and personality for potential employers, the downsides include things like privacy concerns and, crucially, the lack of space to go beyond basic information about yourself and your areas of interest and expertise.

Worst Follow-Up Email of All Time?

Ready to feel great about your professional etiquette? Then read this follow up letter from University of Wisconsin student to a recruiter he met at a networking event.