Why Facebook's Diversity Hiring Efforts Have Not Gone As Planned 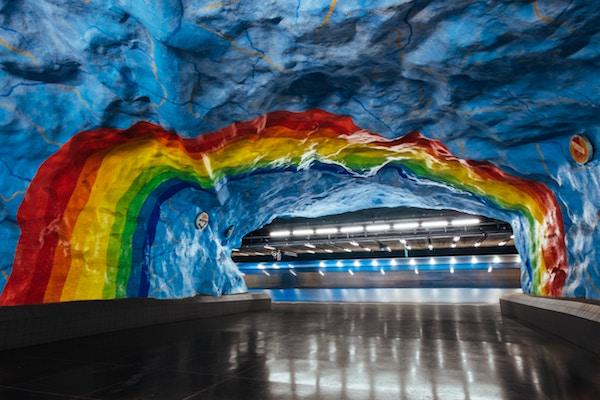 Not long ago Facebook, which has received more than a little flak for its largely white and Asian male workforce, took on its lack of diversity head-on and created a new recruiting initiative aimed at beefing up its minority and female employee base. That was two years ago. So how's this initiative going? Not so well, it appears.

Facebook started incentivizing recruiters in 2015 to find engineering candidates who weren't already well represented at the company – women, black and Latino workers. But during the final stage for engineering hires, the decision-makers were risk-averse, often declining the minority candidates. The engineering leaders making the ultimate choices, almost all white or Asian men, often assessed candidates on traditional metrics like where they attended college, whether they had worked at a top tech firm, or whether current Facebook employees could vouch for them.

Focusing on where someone went to school or whom they know in the company can often exclude candidates from underrepresented backgrounds, said Joelle Emerson, a diversity consultant who helps tech companies make their hiring more inclusive. "The fact that people are doing hours of interviews and then getting into a room and then talking about where people went to school seems like the most baffling waste of time," she said. The final step should focus on how candidates performed during the interview process, she said.

In its defense, Facebook said that all of its personnel decision-makers have graduated with very high honors from a "managing bias course" and so it's not their fault there aren't more qualified diverse candidates. In any case, the numbers have barely budged.

From 2015 to 2016, Facebook’s proportion of women in tech grew from 16 percent to 17 percent, and its proportion of black and Latino U.S. tech workers stayed flat at 1 and 3 percent, respectively.

Now, you might be asking, Why pick on Facebook? Aren't most other big tech firms in the same position (white and Asian dude-heavy)? Yes, is the answer to that. Most tech firms also employ very few women and minorities. However, not all of them (though a bunch of them) have publicly bragged about their excellent new game-changing diversity hiring initiatives.

In 2015, Facebook published videos of its internal diversity training and said it hoped other companies would use it as an example. Chief Operating Officer Sheryl Sandberg has been a strong advocate of promoting and encouraging women in the workplace.

Urging recruiters to prioritize diversity without applying the same pressure to those making the final hiring decisions is common in Silicon Valley, said Emerson, the diversity consultant.

The takeaway here for Facebook (and other firms that might have followed Facebook's poor example) is ... what? Lean In a little harder? Actually pay attention during interviews and hire based on merit and not pedigree? Have a more diverse group of people involved in the decision-making process when it comes to hiring? Don't brag about your hiring results before you achieve them? Just admit that you only want strapping young dudes from the Anceint Eight, Stanford, MIT, and a handful of other schools who started their careers at Google or Apple? Meet on Monday (MLK Day) to talk about fewer time-wasting ways to move forward? All of the above?

A new "take no prisoners" memoir by an ex-Facebook employee about working for Mark Zuckerberg and his social media empire has been called a "great" "must-read" book that "matters. " In fact, Antonio García Martinez’s Chaos Monkeys: Obscene Fortune and Random Failure in Silicon Valley has received three glowing reviews from The New York Times alone.

A new study by McKinsey and LeanIn.org unsurprisingly shows that women are still severely underrepresented at tech firms throughout the country and that the (few) women already at tech firms believe their gender is holding them back from promotions.

The Wall Street Journal recently published an article on the study's findings and included some pretty graphs and tables and whatnot.

Although former Kleiner Perkins junior partner Ellen Pao lost her gender-biased suit against her former employer, her case has shed new light on the dark side of Silicon Valley—that is, the misogynistic side.

The jury in Pao’s trial, which was closely followed in the Valley, ruled against Pao on all accounts.