Where the Jobs Are in New York (Hint: Everywhere but Wall Street) 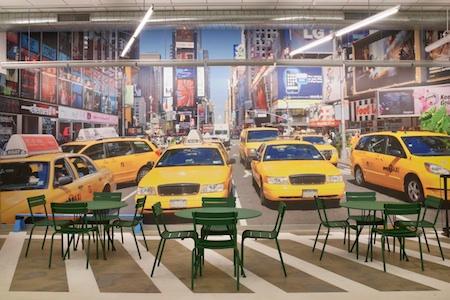 New York is in the middle of an employment boom. Since the financial crisis of 2008 and 2009, the city has added close to half a million jobs. And nearly every sector has been adding jobs but one: Wall Street.

Once the core of the Big Apple, Wall Street has soured as a career destination among the young and old alike. The events of the crisis tarnished its reputation among jobseekers—perhaps for a generation or two (or longer). And due to many misdeeds inside the industry, some of the largest firms went bankrupt (Lehman), were force fed to others (Bear Stearns), or slashed headcount like a bad '80s horror film (Citi).

This means there have been fewer jobs to go around, and those jobs that have been available aren't paying like they once did: Wall Street misdeeds have led to tighter controls and more regulation, and thus to less risk taking, fewer big paydays, making banking and trading jobs less attractive, not to mention less prestigious.

Meanwhile, sectors such as technology and hospitality have been booming, picking up where Wall Street left off. And they've picked up so much slack that banks might no longer be all that important to the fiscal health of New York.

Despite Wall Street’s less-than-robust condition, the city is in the midst of what the budget office described in a recent forecast as “a historically strong payroll employment expansion.” It projected that the hiring binge would continue for at least four years, adding 250,000 more positions by the end of 2018.

Where that leaves Wall Street is in an unusual situation: not at the top of the New York City employment food chain. Now, firms with large New York staffs like BuzzFeed and Google are perhaps more important to the city's future growth than J.P. Morgan and Citi.

Which is a good thing.

According to Mark Zandi, the chief economist at Moody's, “The diversified nature of the job growth is a very positive sign, and it augurs well for the job recovery going forward. It’s not going to be derailed by a bursting bubble or financial services going off the rails.”

In other words, this new growth, without Wall Street in the mix, is sustainable.